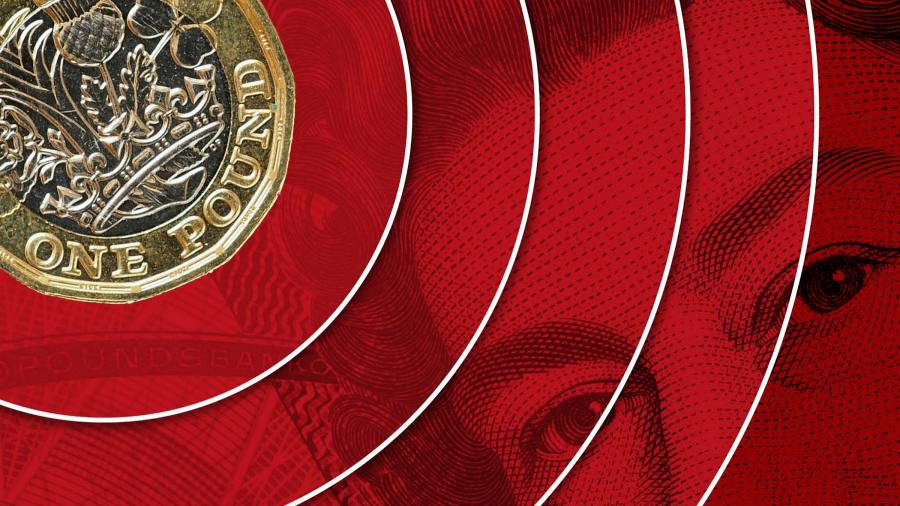 Key figures in the talks between the UK and the EU have suggested that the two sides could find common ground on the last outstanding issues next week, raising hopes that a trade deal could be agreed before the end of the year.

But after the many tunnels, landing zones and numerous hard deadlines that were postponed over the years, traders and investors in currency markets are finding it hard to get as excited about the next showdown moment as they used to.

“We think a deal will be done but is next week really a crunch time? We’ve been down this road before,” says Ian Tew, head of G10 FX spot trading at Barclays. Even as chancellor Rishi Sunak prepares to unveil next week the largest downgrade in UK economic performance and the public finances since the second world war, nervousness about talks has subsided for now.

A year ago, the promise of a possible deal would have triggered violent moves in sterling, while strategists pronounced the pound “impossible” to trade due to the prevailing uncertainty at this time in 2018, in the run-up to another key Brexit deadline.

Two years ago, the scale of nerves over sterling was clear in the options market. One measure that reflects the perceived likelihood of big swings in price was more than 50 per cent higher for the pound against the euro than the average for other major currencies. Now, that gauge is just 12 per cent higher over a three-month horizon. That indicates that while traders believe shake-ups could lie ahead, their expectations are nowhere near as pronounced as in previous instances.

“I don’t think I can exaggerate how much fatigue there is with Brexit in FX markets at this point,” says Edward Al-Hussainy, a senior currencies and rates analyst at Columbia Threadneedle.

After repeatedly trying and failing to predict when a breakthrough might happen, traders and investors have instead started to cautiously price in what has always been their central assumption: some form of a trade deal. Paul Robson, head of currency strategy at NatWest Markets, says anecdotal evidence suggests investors have become increasingly confident that the two sides will agree on future trade terms before the end of the year and they have been steadily reducing their expectations of the alternative.

Many, like Barclays’ Mr Tew, expect talks to go on to the eleventh hour and to continue into December. Silvia Dall’Angelo, senior economist at asset manager Federated Hermes, says investors will probably get a lot more nervous if the EU Council meeting on December 10 and 11 passes without any sign of an agreement. Until then, the longer talks continue, the more markets appear to believe that a deal will happen.

Price action in sterling bears this out. There was a coronavirus-triggered wobble in March when the currency plunged to historic lows as investors scrambled for dollars. Now sterling is back to trading very close to levels where it started the year, above $1.32. Against the euro, the pound has lost more than 5 per cent since January to trade around €1.1172, but that is well above previous instances of extreme weakness.

Such pricing suggests that an agreement would trigger a muted reaction. Sterling is trading near levels where analysts and investors expect it would be after a deal, at least against the beleaguered dollar. Analysts see more possibility of a sterling upswing against the euro, with many pencilling in around €1.14 as the target on positive developments.

The potential for disappointment is bigger. “In a scenario of no trade deal, the pound could reach parity against the euro, at least initially,” Ms Dall’Angelo says.

Positive news about coronavirus vaccine trials and building optimism about moving beyond Brexit are setting up sterling for potential gains next year, according to Kamakshya Trivedi, co-head of global FX, rates and EM strategy at Goldman Sachs. Mr Trivedi says the UK economy could “uncoil” faster than others as the vaccine allows normal life to return, and moving past uncertainty about Brexit will allow the Bank of England to backtrack on considering negative interest rates.

Understanding why global fund managers are wary of UK assets will be key for sterling, NatWest’s Mr Robson says, noting that right now it is impossible to tell if it is the uncertainty of Brexit or other concerns about the UK’s long-term outlook that is keeping investors away.

“If it’s the prior, we could see a rebound in UK assets next year,” he adds.

The Grand Midori Ortigas: Zen oasis in the city