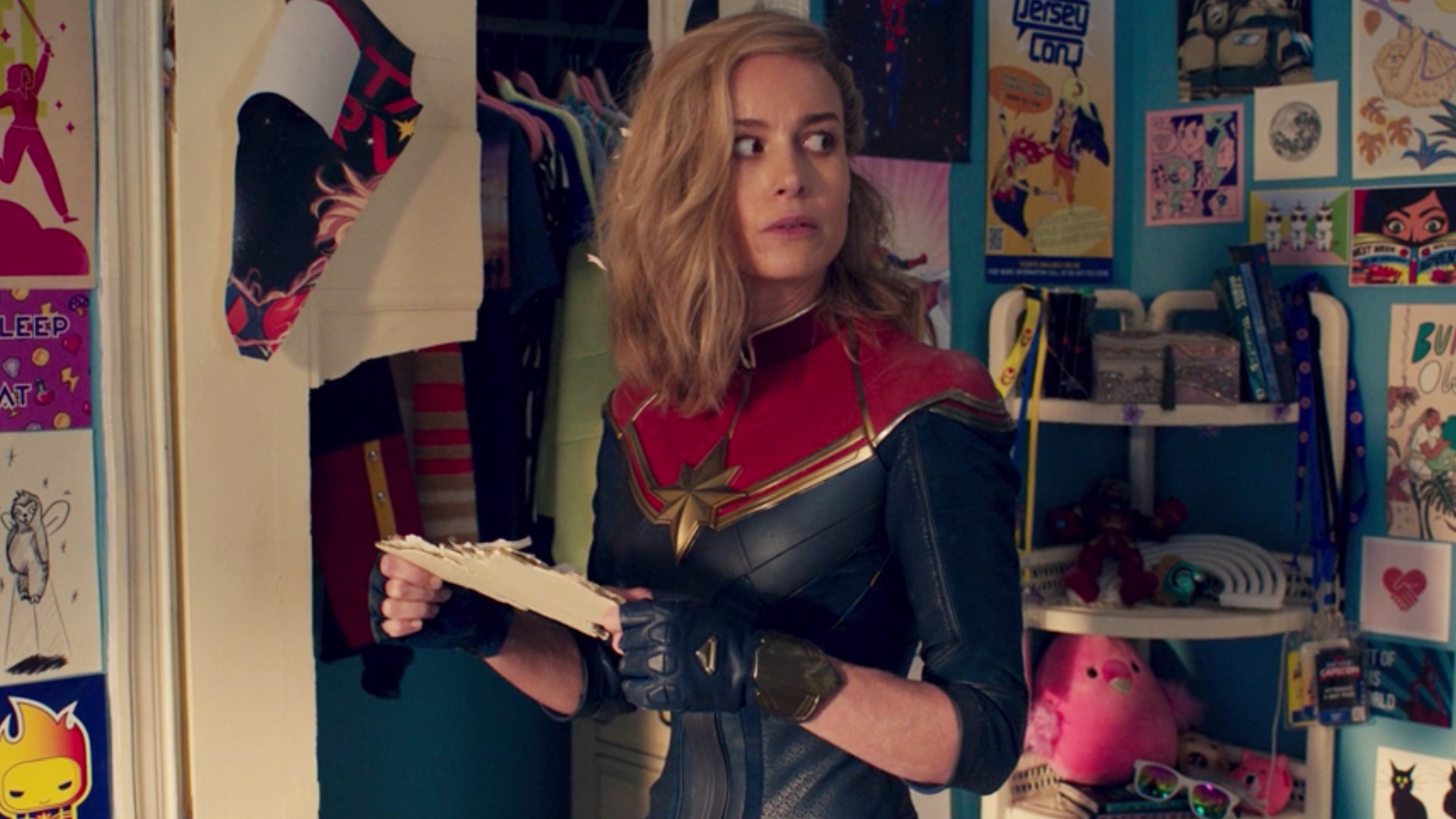 Happy Thanksgiving, all! Although you’re probably already stuffed full of turkey and all the trimmings, let’s hope you’ve saved some room for a serving of some delicious Marvel news. To whet your appetite, we may have learned the one character who could best Captain Marvel while fans are convinced that Chris Hemsworth is hiding the truth about how he really feels about Thor. There’s plenty more where those morsels came from, so let’s dig in.

There’s no one in the MCU more powerful than Captain Marvel, right? Probably not, but it turns out that Marvel has already revealed the one character who could potentially go toe-to-toe with Carol Danvers in a fight. Producer Nate Moore has previously admitted that he thinks Angelina Jolie’s Thena, as introduced in Eternals, may be able to take the former pilot thanks to her superior combat skills she’s amassed over millennia. Exactly how she’d handle Carol’s binary form, though, remains to be seen.

Chris Hemsworth has suddenly taken a sharp left turn when it comes to his feelings about returning as Thor. Previously, the Australian hunk has been fully on the Taika Waititi hype train, but now he’s heavily suggesting he’d only do a Thor 5 if it had a very different tone to the last two movies starring the Asgardian Avenger. That’s enough for fans to become convinced that he secretly hates Thor: Love and Thunder as much as they do. While we’re on that topic…

Yes, the current favorite punching bag of the Marvel fandom is one of its former heroes. Waititi was once hailed as a savior of the MCU thanks to Thor: Ragnarok, but Love and Thunder definitely failed to recoup the same kind of acclaim. In fact, it’s frequently blasted online, with Waititi being blamed for stuffing it full of his trademark goofy humor and losing track of the good stuff in the process. At least his next film won’t be anything like Love and Thunder, by the man’s own admission.

This Thankgiving also marks the eve of The Guardians of the Galaxy Holiday Special, the penultimate MCU effort to star the team of cosmic misfits. Ahead of next May’s Vol. 3 bringing the gang’s adventures to a close, James Gunn has opened up about the pressure he felt in bringing their journeys to a satisfying-yet-definitive ending. We’ve still got a few months to go until we can find out if he succeeded, but Gunn promised that he put his all into the long-awaited threequel. Let’s hope we don’t have another Love and Thunder on our hands.

Return tomorrow, Taika terrors, for another helping of the latest Marvel news.