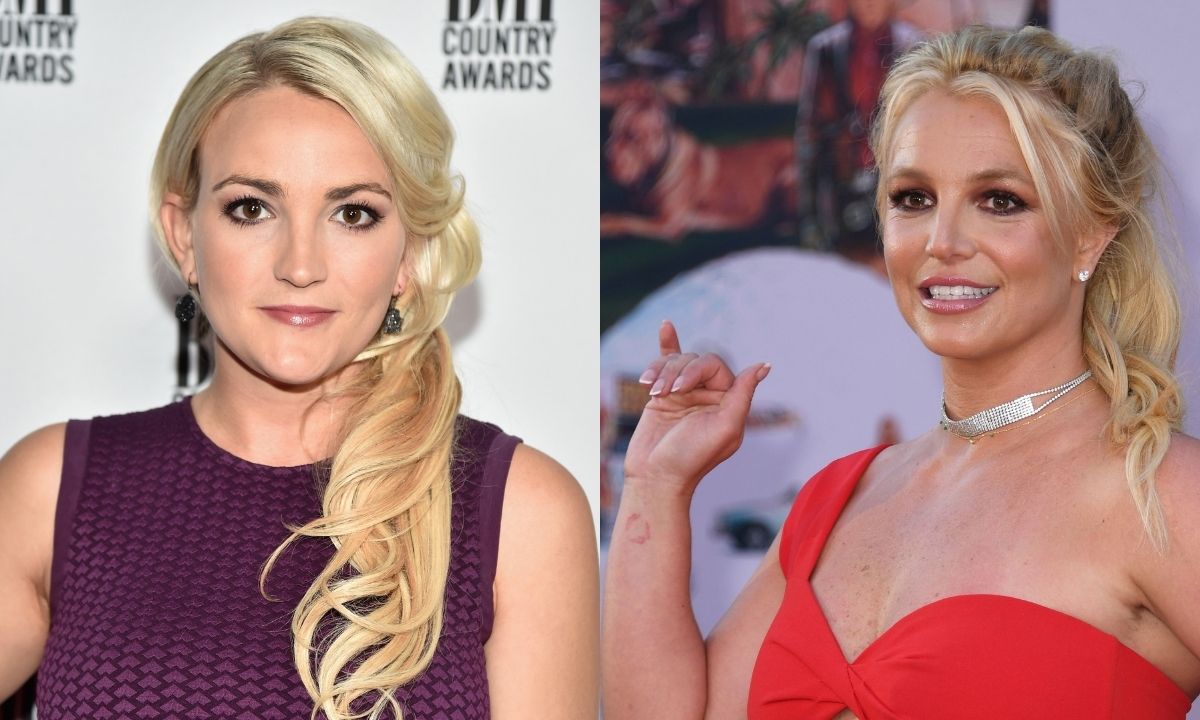 Britney Spears has hit back at her sister Jamie Lynn Spears following her bombshell interview, accusing the Zoey 101 star of promoting her new book “at my expense.”

Jamie Lynn sat down for an interview with ABC’s Juju Chang on Wednesday, in which she described Britney’s past behavior as “erratic, paranoid, and spiraling.”

She further described an alleged incident during which Britney became scared and paranoid enough to lock her and her sister inside of a room with a knife.

“It’s important to remember that I was a kid in that moment,” Jamie Lynn said, defending her decision to share the moment publicly.

“I was scared. That was an experience I had, but I also was fearful to like really say anything because I didn’t want to upset anybody but also was so upset that she didn’t feel safe.”

Britney replied to the interview in a Thursday night tweet, detailing her current 104 degree fever before accusing her family of ruining her dreams.

Responding to the claim that she was “eratic,” Britney said that she and Jamie Lynn rarely spent time together “15 years ago” – referring to the time in which she was experiencing a public mental health breakdown.

“So why are they even talking about that unless she wants to sell a book at my expense?” she added.

The pop star explained that she watched the interview with a temperature of 104 degrees, joking that the fever helped her “surrender to not caring.”

“Just like my family, I asked security for Aleve as I laid there with a 104 fever in bed and he told me NO !!!!” she added. “My family ruined my dreams 100 billion percent and try to make me look like the crazy one… My family loves to pull me down and hurt me always so I am disgusted with them !!!!”

Britney also referred to Jamie Lynn’s defense of her 2017 Radio Disney Awards performance, in which she preformed a remix of several of Britney’s songs.

“It may sound like a silly thing to most people, but I wrote a lot of my songs and my sister was the baby,” Britney wrote. “She never had to work for anything. Everything was always given to her!”

During the ABC interview, Jamie Lynn had claimed that she was “doing a tribute to honour my sister and all the amazing things that she’s done,” adding, “I don’t think she’s personally upset with me about that. Truthfully, I don’t know why that bothers her.”

“I do remember asking my sister why she did that when she knew I was waiting to change my show and her only words were ‘Well, it wasn’t my idea,”” Britney added of the performance. “Hope your book does well, Jamie Lynn !!!!”

This is not the first time Britney has taken public swipes at her family,  including Jamie Lynn, since being freed from the conservatorship she was placed under 13 years ago. The pop star has said that she wants nothing to do with her family following her freedom, even unfollowing her sister on Instagram.

Have a tip we should know? tips@mediaite.com

Michael called me a ‘pig, cow and horse’

Is this our route out of restrictions?

Rachel Lindsay Says She Was Groomed To Be First Black…