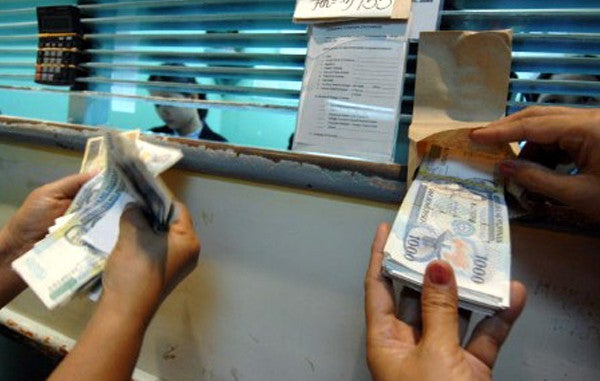 MANILA, Philippines — The Philippines’ estimated 10 million citizens abroad once more stepped in to buoy the local economy in the middle of a crisis, driving a late third quarter surge in dollar remittance that helped ward off a worst case scenario earlier feared by the central bank.

In a statement, the Bangko Sentral ng Pilipinas (BSP) said personal remittances from overseas Filipinos amounted to $2.888 billion in September 2020, which was higher by 9.1 percent than the $2.648 billion recorded in the same month in 2019.

“This is better than the original forecast of a 5-percent full year decline,” BSP Governor Benjamin Diokno said in a mobile phone message to reporters.

Personal remittances from land-based workers with work contracts of one year or more rose by 10.2 percent to $2.205 billion in September 2020, higher than $2.001 billion recorded in the same month in 2019.

Similarly, remittances from sea-based workers and land-based workers with work contracts of less than one year rose by 6.5 percent to $622 million in September 2020 from $584 million a year ago.

By country source, cash remittance for the first nine months of 2020 from the United States, Singapore, Qatar, Hong Kong and Taiwan registered growth, while a decline was noted in Saudi Arabia, the United Arab Emirates, Germany, Kuwait and the United Kingdom.

The US posted the highest share of total remittances at 40.1 percent, followed by Singapore, Saudi Arabia, Japan, the UK, the UAE, Canada, Hong Kong, Qatar, and Taiwan.The combined remittances from these countries accounted for 78.8 percent of total cash remittances.

Regarding its data, the central bank cautioned that remittance centers in various cities abroad is to course remittances through correspondent banks, most of which are located in the US.

Similarly, remittances coursed through money couriers cannot be disaggregated by actual country source and are lodged under the country where the main offices are located, which, in many cases, is in the US.

Korean Air to take over troubled Asiana Airlines for $1.6 billion

Retailers say thefts are at crisis level. The numbers say…