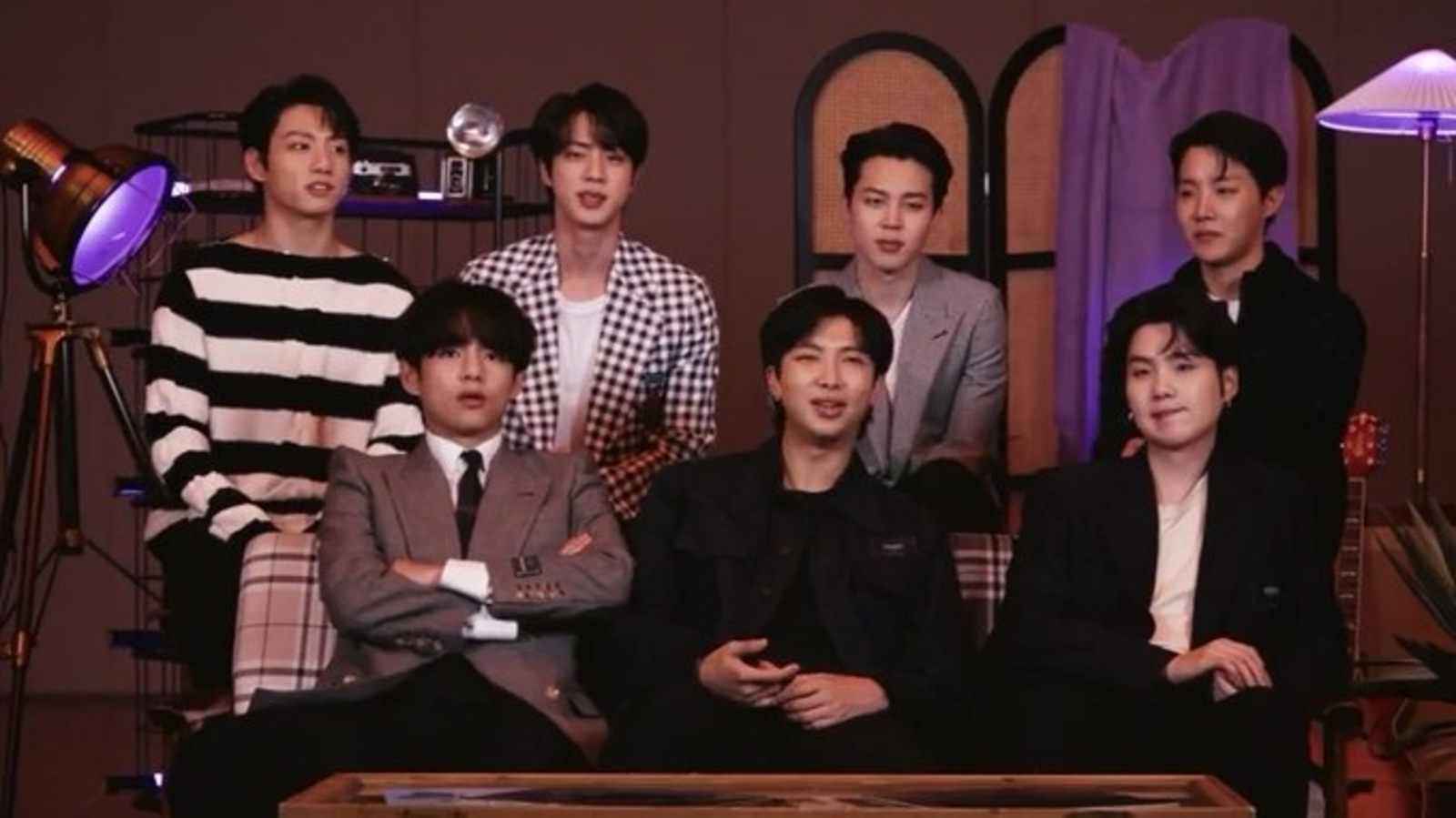 BTS members RM, Jin, Suga, J-Hope, Jimin, V and Jungkook took a trip down memory lane and spoke about several incidents after the group debuted in 2013. In a new video ‘This is BTS’ for Spotify, the members started off by talking briefly about their upcoming anthology album Proof. They also spoke about their old apartment, where all the members resided together. (Also Read | BTS: Jungkook reveals he likes it best when singing with group and connecting with ARMY ‘no matter what the songs are’)

In the video, RM said, “This album reflects the things we’ve done in our career. Let us begin with our early times, the School trilogy. It’s time to recall our memories. Can you guys think of anything from when we first debuted?” Jin said, “In the green room, we talked about eating black bean noodles in the empty house without knowing that it was empty.” RM told him, “Calling it the ’empty house’ might cause confusion.”

Suga continued, “So, it was our old apartment with some lease left over.” J-Hope revealed, “I recently passed by the street nearby. It hasn’t changed much.” RM also said, “I visit nearby once a year.” Suga added, “I often go there too.”

Jin said, “When RM took the college entrance exam, I prepared RM’s lunch box.” J-Hope added, “Yeah right. We all did it together. Right, right.” Jin continued, “We prepared food without seasoning.” J-Hope also said, “We also made Suga’s lunch box” to which Suga said, “Yeah, you did.”

Next RM told the members, “Ok let’s move on. Let’s go back to 2015-2016 when HYYH came out. Do you guys have anything you remember?” Jin promptly said, “I remember when we were shooting the music video for Run, we endlessly ran again and again. It was tough.” RM said, “Do you remember running along the Han River?” Jin replied, “I think we ran about 15 hours out of 24 hours.” “We need a whole day to go over everything,” said RM. V concluded, “Okay, let’s move on.”

Currently, BTS is awaiting the release of Proof on June 10. The anthology album consists of new and old songs of the group. The songs include Run BTS, Born Singer, Yet To Come, Run, I Need You, Fire, Fake Love, Jamais Vu, Seesaw, Persona, IDOL, N.O, Boy in Luv, Moon, Danger, Dynamite, Life Goes On and Butter among others.

Denial of responsibility! Pedfire is an automatic aggregator of the all world’s media. In each content, the hyperlink to the primary source is specified. All trademarks belong to their rightful owners, all materials to their authors. If you are the owner of the content and do not want us to publish your materials, please contact us by email – [email protected]. The content will be deleted within 24 hours.
BTSBTS albumBTS albumsBTS old albumBTS old albumsJ-hopejiminJin
0
Share

Best Memorial Day Sales: J.Crew Is Up to 90% Off & More Amazing Deals

With 9 million views and over 300 million streaming minutes in a week, The Kashmir Files breaks all records on ZEE5 : Bollywood News