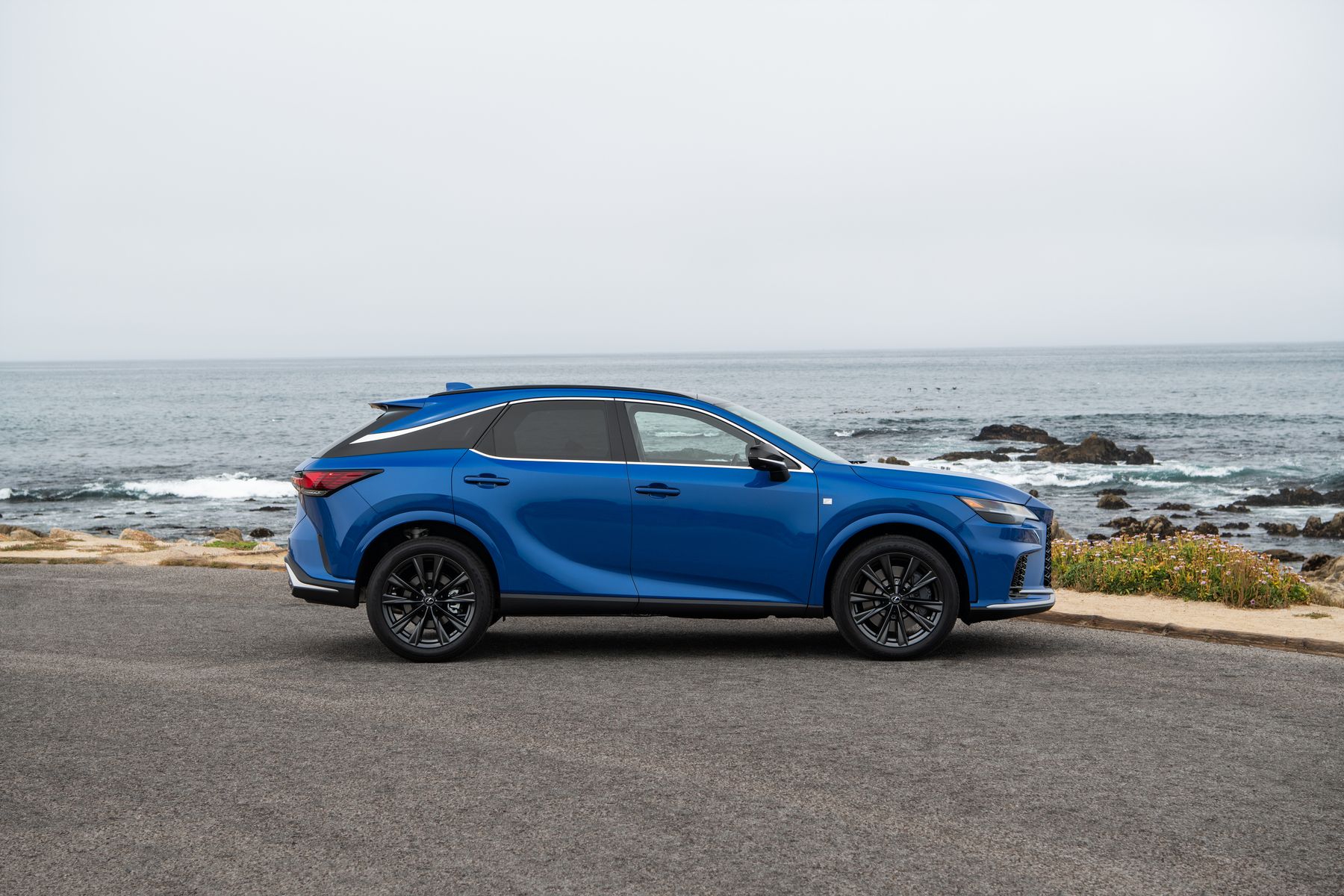 Here are the biggest and most recent luxury-vehicle stories, debuts, and reviews from the past month.

Production of the all-new 2023 Lexus RX is getting underway at the Toyota Motor Manufacturing plant in Cambridge, Ontario. Canadian pricing starts between $58,650 and $74,150, and for sale later this year, the fifth-gen RX will be available as a 500h model for the first time.

The new RX rides on the Toyota/Lexus Global Architecture-K, setting it lower to the ground and giving it more rigidity. Of the three powertrains on offer, two are hybrids — a new RX 350h and the first-ever RX 500h — and all come with AWD as standard. Trim levels for the gas-powered RX 350 and hybrid 350h include Premium, Luxury, Ultra Luxury, and Executive, with the ‘h’ models priced around $1,500 more than the gassers’. At the top end, the RX 500h is offered as an F Sport Performance 2, starting at $79,800, and as an F Sport Performance 3 at $85,600.

Check out the full pricing coverage here and get up to speed on the various engines and motor configurations, including that of the 366-hp 500h.

There were a number of high-end products on display at the Los Angeles Auto Show, including a convertible concept from Genesis. The 2022 Genesis X Convertible Concept is the third in a trilogy of X concepts from the Korean brand, joining the X Concept and X Speedium Coupe and sharing their architecture, powertrain, and Athletic Elegance design lingo. With a similar long hood and flared fenders as the other two, the convertible is positioned as a “beacon” for the brand and the “purest form” of the X Concept, according to Genesis. The car’s interior is uniquely fitted with textured and woven pads in “Giwa” Navy, named for the traditional tiled roofing that’s popular in Korea.

Lucid also brought its latest luxury ride and its first foray into the electric SUV segment. Not much is known for sure about the 2024 Lucid Gravity, but if it mirrors the Cali brand’s other products, it may be available as a base Pure model with 480 horsepower, a mid-level 620-hp Touring, and a 1,050-hp Grand Touring, all with all-wheel-drive and a dual motor system. Regardless of powertrain options, the Gravity will be available in a five-, six-, or seven-passenger setup with two- and three-row options. More on that right here.

The Best Global Brands report annually ranks the world’s top brands based on value, strength, and reputation, and usually includes a good handful of automotive companies in the top 100. This year, Toyota once again stands at the front of the pack, gaining 10 per cent value and edging out Coca-Cola to steal sixth spot. Down below the beverage company sits Mercedes-Benz, which also gained 10 per cent in value and is the top-rated luxury auto brand on the list.

Tesla, meanwhile, continues its meteoric rise, exploding onto the list in 2020, rising to 40th in 2021, and then up to 14th last year. On this year’s count, the EV maker shows a 32 per cent increase in business, enough to bump BMW out of its 12 spot and into 13th.

Other automakers on the top 100 include Hyundai, Audi, Honda, VW, Porsche, Ferrari, Land Rover, and more.

Cadillac’s US$300,000 Celestiq and the Internet’s priceless reactions to it

Cadillac says it will hand build just two of its ultra-luxe Lyriqs per day. That’s a different approach than to their other products, but so is the price, with the all-electric halo car coming in above US$300,000.

Customers will all get a four-seat configuration and 23-inch wheels, but the similarities stop there. Individual choice will come into play for the design of everything from the upholstery and interior materials to exterior finishes, with the price rising along with the number of customizations. Power to all four wheels will come from a 111-kWh battery pack running two e-motors with an estimated combined output of around 600 hp and 640 lb-ft of torque, enough to race to 96 km/h in around 3.8 seconds and drive for a range of 483 km.

Performance figures seem secondary to the car’s appearance, however, which was something of a sticking point on Twitter where fans and onlookers reacted to the reveal. Some found it hard to believe the luxury sedan would be sold on the same lots as Caddy’s other downmarket offerings… “Next to all those Malibus?” Others thought its long and strong profile was reminiscent of other cars like the 1971 Jensen Interceptor and a 2001 Buick Century rolled into one. Check out the link above to see those hot takes as well as how fantastiq the Celestiq looks with an added four-feet out the back.

The seventh-generation BMW M5 is on its way, based on the G60 5 Series premium car and likely to arrive sometime in 2024. Spy shots captured at Germany’s Nurburgring suggest that, like its predecessors dating back to the very first E28 BMW M5 in the mid-’80s, it will not only be refined, but damn fast.

The midsize premium car boasts slim headlights and low openings on the front end for aero purposes. There’s also a noted lack of the oversized kidneys dominating the front end of the current M3 and M4, which some see as cause for celebration. Out back, you get a glimpse of four tailpipes and a clean spoiler atop the trunk. The visible “electrified vehicle” sticker also places this new G60-generation M5 in hybrid territory and gives breath to rumours of it possessing a V8 engine plus two electric motors for a combined output around 750 hp and 740 lb-ft of torque.

The camera-wielding spies weren’t able to get a look at the interior.