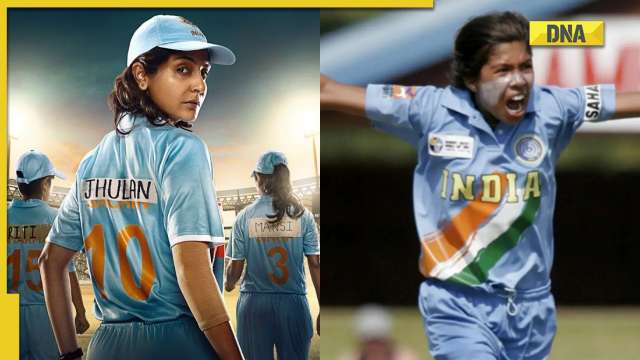 Former Indian cricketer Jhulan Goswami played her final international cricket game against the England women’s cricket team at the iconic cricket stadium Lord’s in London on Saturday, September 24. The Indian team, led by Harmanpreet Kaur, ensured a clean sweep and won the match by 12 runs finishing the ODI series as 3-0.

Anushka Sharma, who will be seen portraying the Indian pacer in the upcoming sports biopic titled Chakda Xpress, took to her Instagram account and shared a bunch of pictures of Jhulan. Along with the photos, she also penned down an emotional note that read, “An inspiration. A role-model. A legend. Your name will be etched in history forever. Thank you @jhulangoswami, for being a game changer in Indian Women’s Cricket.” Jhulan too reacted to her post and wrote, “Thank you so much” in the comments section.

Talking about Chakda Xpress, the film is being helmed by Prosit Roy who made her directorial debut with the supernatural horror film Pari which also starred Anushka Sharma in the leading role. The film, whose release date hasn’t been announced yet, will stream on the OTT platform Netflix.

The most dangerous roads in America revealed from Florida to…