Check your attic: These old toys could be worth a lot of money 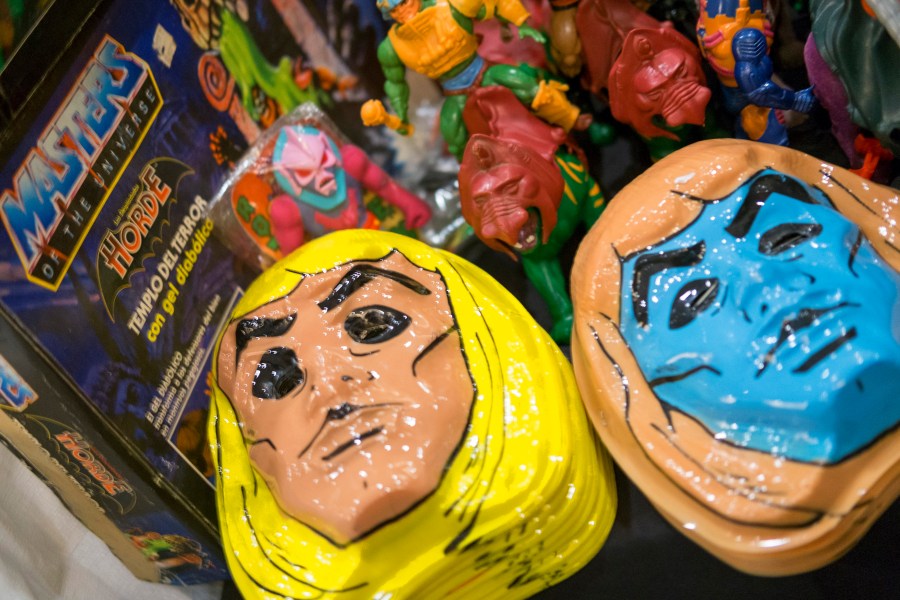 (NEXSTAR) – Some of those old toys collecting dust in your garage could be worth a hefty chunk of change.

“When you see a resurgence of a license or an IP (intellectual property) like we’re seeing on TV right now, the retro toys follow suit,” said Jordan Hembrough, toy expert and host of the show “Toy Hunter.” “A lot of people are going back into their attics or their basement and finding these toys that are worth a substantial amount of money.”

“Star Wars” action figures from the 1970s and “Masters of the Universe” toys from the 1980s are especially valuable right now, said Hembrough. Next year, Marvel is celebrating 80 years of Spiderman, so classic Spiderman toys may have renewed value, as well.

After the new “Masters of the Universe” series premiered on Netflix recently, Hembrough said a man came into his store with a box of toys he had held onto from when his sons were growing up. Since he had two sons, he got two of everything back in the day. But it turned out that about half of them were left unopened.

“We ended up giving him close to $10,000 for this collection of unopened pristine toys,” Hembrough said of the roughly 50 action figures.

He acknowledged that was a pretty unique situation. Still, those items wouldn’t have been worth as much a few years ago, before the return of the “Masters of the Universe” franchise.

“It’s a waiting game,” said Hembrough. But don’t wait too long, he warned.

“A lot of the older toys from the ’60s or ’70s, they’re starting to get aged out,” Hembrough said. “Basically there’s no audience because no one is around to remember these toys anymore.”

A customer recently came to him with Roy Rogers memorabilia that just isn’t worth much because no one buying collectible toys right now really remembers the Roy Rogers era. The same goes for a medical toy kit from the early ’70s series “Marcus Welby, M.D,” or a “Sgt. Bilko” bullhorn from “The Phil Silvers Show” of the 1950s.

Only older brands with staying power, like Batman and “Star Trek,” are still proving valuable.

“It’s cyclical,” Hembrough explained. “Back in 2000, toys from the ’60s or ’70s were hot. Right now, the stuff from the ’90s is extremely hot. It’s because that generation grows up, starts making enough money (to buy collectibles) and starts feeling nostalgic.”

He pointed to video game characters like Donkey Kong and Mario that have popularity again right now. Beanie Babies and Cabbage Patch dolls, on the other hand, are out.

Things that were explicitly created as collectibles, like limited release action figures, also still have value –but you’d probably know if you had one of those sitting around. Certain Pokemon or Magic: The Gathering cards have also always had value to a finite group of collectors.

But for general release toys to become valuable, there needs to be an audience for it. If the nostalgia factor isn’t there, those toys lose value.

“Strawberry Shortcake was huge in the 1980s, and it had this incredible resurgence as a collectible in the late 1990s and early 2000s,” Hembrough said. “Now no one is buying it.”

He suspected it’s because the makers of the doll have reinvented the character several times, trying to keep it relevant. “But what we’re seeing is that parents are not resonating with the character, so they don’t really introduce it to their kids. Because the new one doesn’t look like the one they grew up with.”

Meanwhile, “Star Wars” action figures retain their value. Because while each movie introduces new characters, it keeps around the old favorites.

“For a toy to be collectible and have value on the secondary market, there has to be an emotional attachment to it. It conjures up a memory,” Hembrough said. “With toys like Chewbacca and R2-D2, you introduce that to your family because you want to share that love.”

The Best Gaming Tablets You Can Buy in 2021

Company Searches For A Way Out Of A 5-Year Lease, Finds Out The Landlord Didn’t…

Apple Details How It Will Warn Victims Of State-Sponsored…