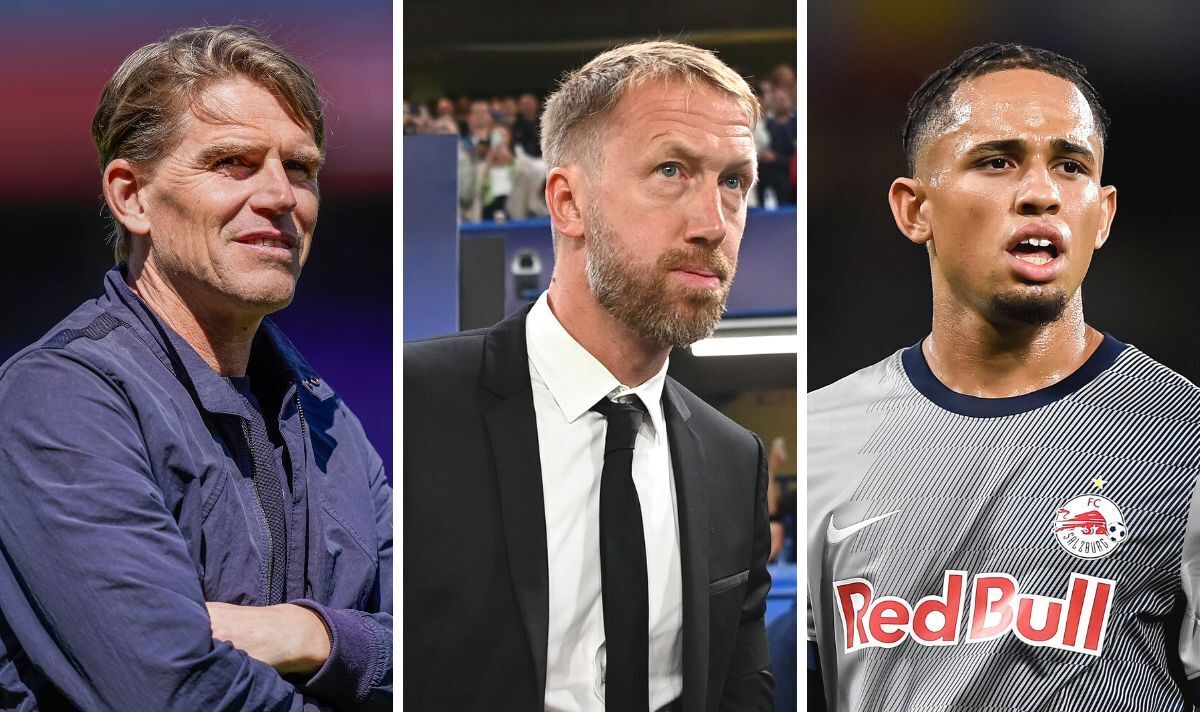 Chelsea can capitalise on Christoph Freund’s expertise by signing some of Red Bull Salzburg’s best young prospects. The Austrian champions are widely recognised as being a breeding ground for top-class talent and with Freund reportedly set to become Chelsea’s new sporting director – the Blues could use his knowledge to their advantage. Express Sport assesses four Salzburg talents that could be worth exploring for Graham Potter’s project.

Chelsea already know all about Okafor after he spoiled Potter’s first match at the helm by slotting home a precious equaliser in the 1-1 Champions League draw at Stamford Bridge.

Okafor is the name on everyone’s lips in Austria, where he is now beginning to showcase his star quality after netting 23 times in 58 outings for Salzburg.

At just 22, the forward – who can play as both a striker and winger – has already received international recognition with Switzerland after winning eight caps.

His relentless movement in the final third and ruthless finishing suggests he has what it takes to play at the top level, despite Salzburg currently being the best place for his development.

A number of Europe’s elite are now reporting tracking his development and Chelsea should follow suit. He is a prospect not worth missing out on.

Liverpool and Newcastle have both been credited with interest in Sucic, who is another midfielder that looks like the real deal despite not featuring from the get-go against Chelsea.

The 20-year-old is also valued at £18m by Transfermarkt and he looks set to make Salzburg a killing when they eventually decide to cash in.

Sucic has already won three caps for Croatia at international level and given the quality their national side possesses in the midfield – that is telling.

The 6ft 1′ starlet has goals in him too having already scored nine times in 49 competitive outings for Salzburg. He looks like the real deal.

It’s still early days for the defender but the 22-year-old is already making Lyon regret their decision to sell him to the Austrian side.

He is composed on the ball and does not shirk a challenge, whoever he is up against.

There are still rough edges to his game but Solet has the potential to become a regular at international with France if he continues to develop at his current rate.

Chelsea are not short of defenders but he is certainly one to monitor, as one of the best young defenders of his current age.

Solet came close to joining Torino in the summer but the transfer collapsed in the final stages – meaning he is set for another great season polishing his game at Salzburg.