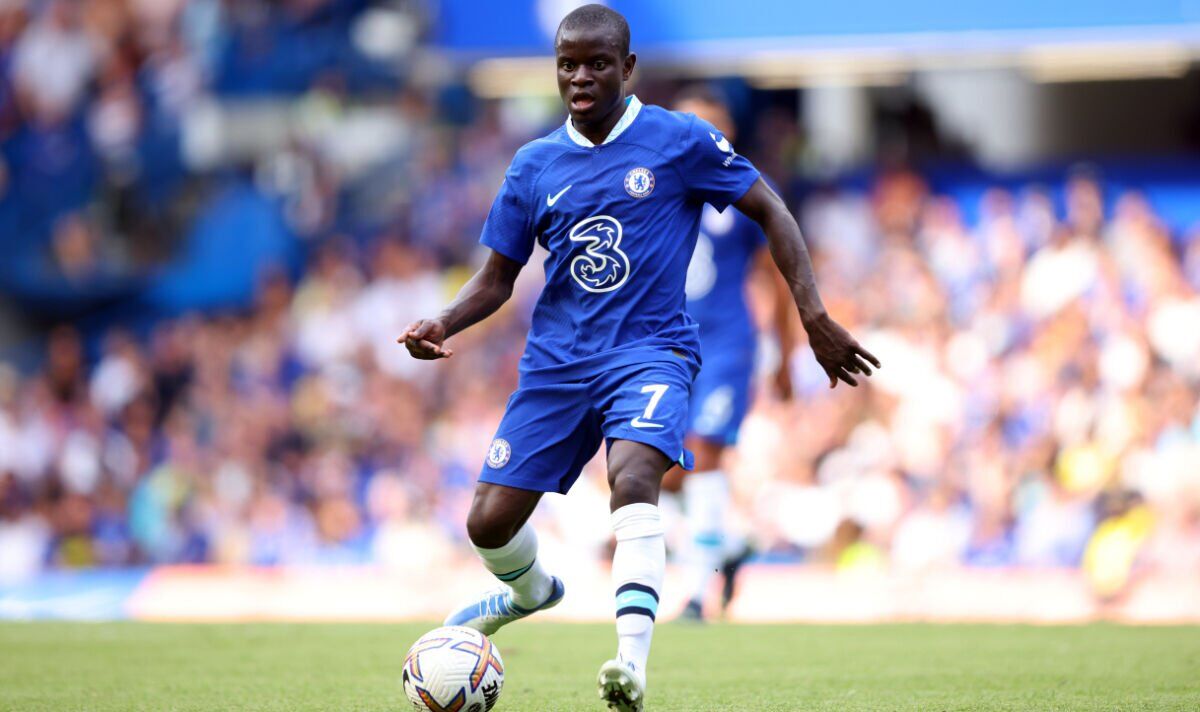 Chelsea manager Graham Potter has been warned that he must find himself ‘one hell of a signing’ if he refuses to greenlight handing N’Golo Kante a new contract. The midfielder is set to become a free agent at the end of the season, with several top clubs waiting in the wings to snap him up.

Potter has been promised to be well-backed in the upcoming transfer windows, a key reason why he opted to jump ship earlier this season and leave Brighton. And he could face one of the trickiest tasks of his tenure in the Stamford Bridge dugout so far in January.

Signing a midfielder is at the very top of the Blues’ priority list due to the contracts of Jorginho and Kante expiring at the end of the season. Thus, if Chelsea are to recoup any sort of fees for their two previous stalwarts then they must be sold in two months’ time.

Though Blues hero Jimmy Floyd Hasselbaink feels that it is going to take an exceptional signing to replace Kante and feels that his former club must consider extending the France international’s stay at the club. He told Grosvenor Casino: “Kante deserves it [a new contract] and to replace him would take one hell of a signing.

Kante is currently recovering from an injury that has ruled him out of the World Cup, having had a setback in his rehabilitation that has seen him sidelined since the 14th of August. Manchester United and Paris Saint-Germain are both believed to be keeping tabs on the former Leicester City star and it would be no surprise if either were to pounce if the playmaker becomes available – either in January or at the end of the season.

Chelsea have been linked with several midfielders over the past few months, with Potter looking to add some young talent to his squad. Brighton star Moises Caicedo is reportedly one of his considerations, with the Stamford Bridge outfit also expected to be in the bidding war for Borussia Dortmund playmaker Jude Bellingham.