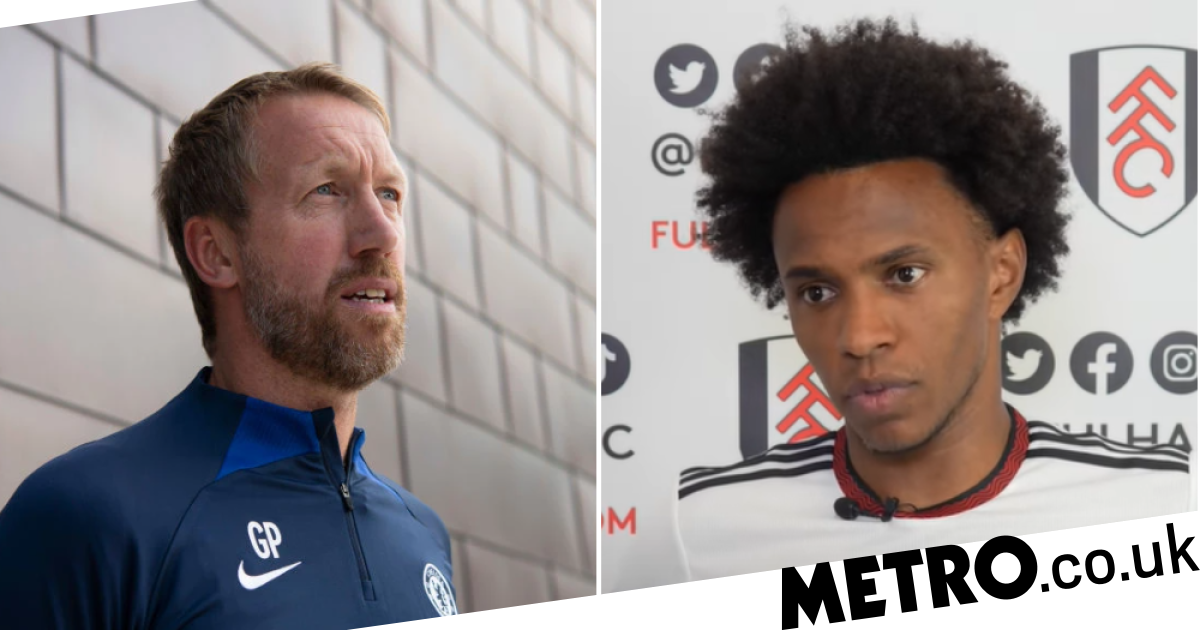 Willian believes Cesar Azpilicueta will be an even more important player for Chelsea as they continue their transition into the Todd Boehly era.

Spanish defender Azpilicueta has won every major trophy available to him during his 10-year spell at Stamford Bridge.

Despite his influence at the club, Azpilicueta was close to leaving Chelsea to join Barcelona over the summer.

Willian is pleased his former team-mate stayed put and says the Spaniard can play a significant role as Chelsea transition not only ownership groups but managers.

Asked about the widespread changes at Chelsea, Willian told The Athletic: ‘I couldn’t believe it when this situation happened.

‘For me, when you talk about Chelsea, you just see Roman and Marina [Granovskaia]. It’s been difficult for everyone inside the club.

‘But this is where Cesar Azpilicueta will help. He is a very good player, an important one for the club. He’s been there for 10 years. With his experience, he can help the young players that play there at the moment.

‘He knows what to do in this situation. Chelsea is a big club, one of the best in the world. Every year, Chelsea are fighting for something, even if they change a manager.

‘They are always there. In the seven years I was there, I had Jose Mourinho, Guus Hiddink, Antonio Conte, Maurizio Sarri and Frank Lampard. It almost become normal. But it didn’t stop us, we always fought for something.’

Willian, 34, made more than 300 appearances for Chelsea, helping the Blues win two league titles and the Europa League.

It remains to be seen how big a role Willian’s former team-mate Azpilicueta has under new Chelsea manager Potter, but he did start Potter’s first game in charge last week.

Tuchel was sacked after Chelsea’s opening Champions League defeat to Dinamo Zagreb, but Potter’s side were also held to a 1-1 draw by Red Bull Salzburg.

Chelsea have failed to win half of their league games so far this season but former Blues forward Shaun Wright-Phillips says Potter ‘can take many positives’ from his first game in charge at Stamford Bridge.

‘Clearly, they are heading in the right direction,’ he told BBC Radio 5 Live’s Football Daily podcast. ‘They created a lot more and came close to winning.

‘It’s onwards and upwards for Chelsea and for me, it’s nothing but positive that he’s the manager.

‘Every game in this competition is difficult but they know what they have to do. They have to go and win so they will have that mindset.

To view this video please enable JavaScript, and consider upgrading to a web
browser that
supports HTML5
video

‘As long as they’re creating chances, they have the quality to put them away. They just have to keep taking it step by step.’

Chelsea only played one Premier League match in September, with two of their proposed games postponed following the Queen’s death.

The Blues mark their long-awaited return to domestic action on October 1 against London rivals Crystal Palace.