Value Beyond 2.0, showcasing paintings, sculptures and limited-edition serigraphs, has something that everyone can relate to

Value Beyond 2.0, showcasing paintings, sculptures and limited-edition serigraphs, has something that everyone can relate to

SH Raza’s Shanti, a 40×40-inch signed limited edition serigraph, is a collection of ivory concentric circles. It unceremoniously draws the viewer to it , but imbues a sense of calm. Another of the legendary artist’s limited edition serigraphs, is wildly different — a brightly coloured uplifting piece titled Rang Raas that features his signature geometric patterns. Both will be on show at Value Beyond 2.0, a group exhibition featuring the works of 45 Indian artists at Chennai’s Gallery Veda from August 6 to September 12.

The show includes paintings, installations and sculptures of established artists as well as emerging ones. Though varied in form and expression, the works have a common narrative of positivity. “We have been through such tumultuous times that we need something hopeful. All the works on show carry a sense of vibrancy,” says Sapna Kar, one of the curators. When Sapna and her co-curator Rajneeta Kewalramani put the show together, they looked at works that they believed in and felt would resonate with the viewers. The prices of the works are “within reach” for the buyer (under ₹2 lakh), though most of the up-and-coming artists showcasing their art are on an upward price trajectory, adds Sapna.

With over 80 artworks, the month-long exhibition plays freely with the energy of colours, symmetries and visual language. “We wanted viewers to have a dialogue with the works, something that communicates with them,” says Sapna. 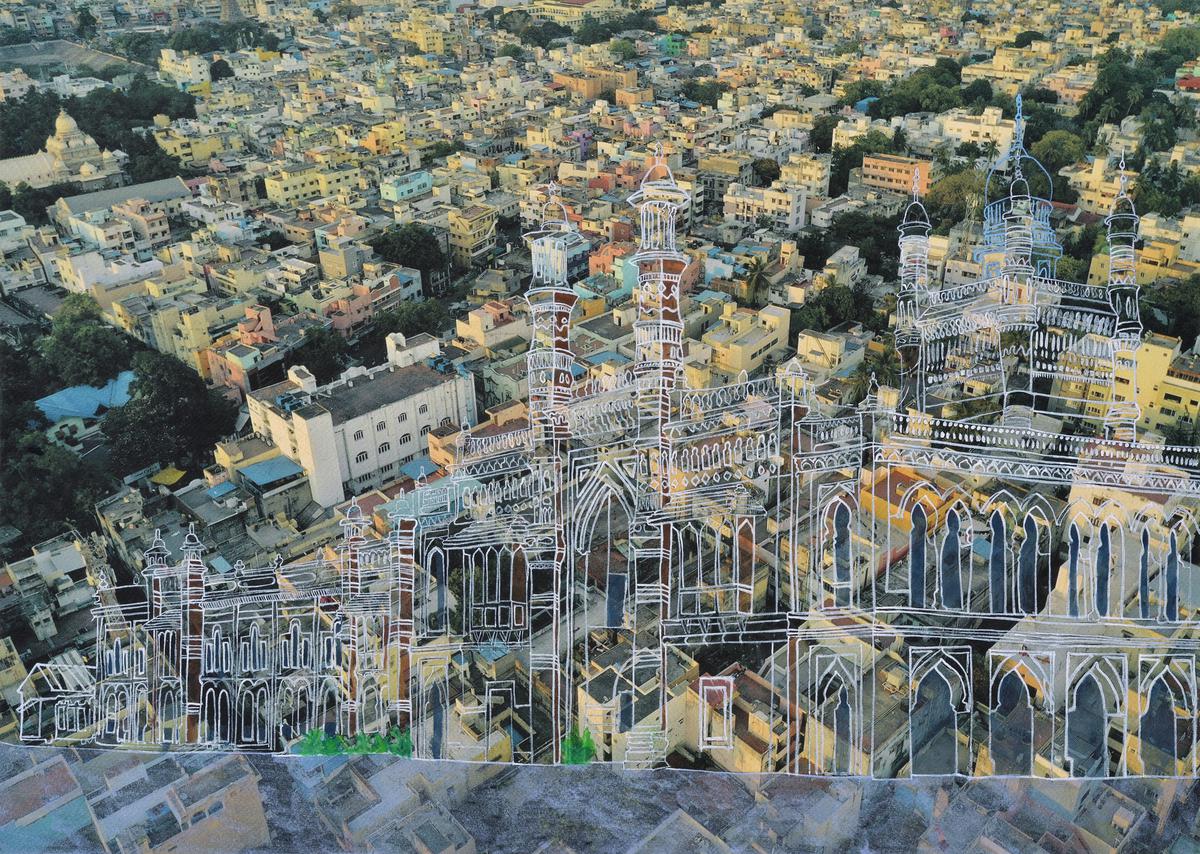 Artist Vatsya Padia’s Chennaiscape, a laser print and acrylic on acid-free paper, that depicts a detailed aerial view of Chennai, while Bhopal-based artist Sonam Sikarwar’s Future World series has nine works that depict a surreal marble-like sphere draped in diaphanous leaves and twig-like extensions. Narayan Lakshman’s sublime waterscapes appear simple on the surface, but are intricately layered while Narhari Bhawandla paints the ornately dressed village women of Telangana. As for Kisalay Vora’s Brahmand, an acrylic and metal pins on canvas work, it is a pragmatic take on the idea of the cosmos.

An earlier edition of the show was held at Gallery Veda in 2018 and the organisers are planning to make it an annual event. “The idea behind the show is to create an art stock which is relatable to people, to make it more universal… inclusive. For people to take back something they can put up on their walls,” says Preeti Garg, owner of Gallery Veda.

A preview of Value Beyond 2.0 will be held on August 6 at 4pm. The show will be on till August 12 at Gallery Veda, Nungambakkam.

Hot Weather Recipes: 3 Perfect Salads to Cool You Off This Summer