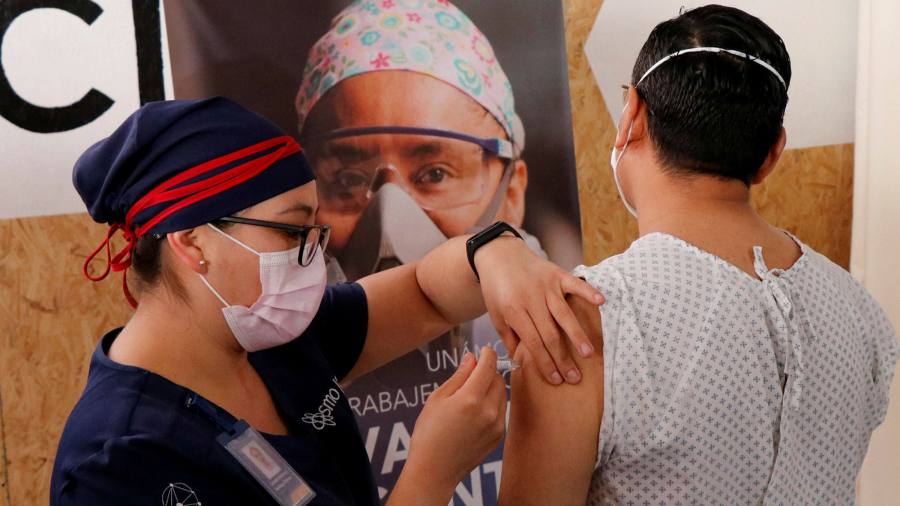 Successful trials of western pharmaceutical groups’ coronavirus vaccines have sliced more than $13bn off the market capitalisation of Chinese rivals, hitting Beijing’s ambitions to lead the global fight against the pandemic.

An index tracking shares of 14 vaccine producers listed in Shanghai and Shenzhen has dropped 11 per cent since Pfizer first announced its positive phase-three trial results earlier this month, and is down about a third from its peak in August.

But analysts said support from Beijing and confidence that Chinese producers would be the first to tap demand in developing markets have helped stabilise the companies’ share prices. Their total market value was up almost 125 per cent this year at more than Rmb1tn ($159.7bn), according to data provider Wind.

Chinese developers’ rapid progress in the early days of the pandemic has been complicated by the success of the country’s virus containment, as near-zero local cases forced them to perform final-stage clinical trials in other countries.

Sensitivities in reaching pricing and distribution deals with host countries have led to delays in phase-three trials, which test the effectiveness of a vaccine in the general population and are necessary for regulators to approve commercial sales.

But Chinese officials have held to ambitious timelines for manufacturing and distribution to secure a new role for their vaccine developers as global suppliers and to bolster diplomatic ties.

A day after the Pfizer announcement, top officials in Beijing said China had “provided a great number of anti-epidemic resources to countries the world over through commercial channels”.

But while the sell-off of vaccine producer shares had slowed, Mr Silvers said the market remained unsettled. “Reduced support is likely to be highly correlated to continued positive announcements from foreign vaccine developers,” he said.

Bruce Pang, head of macro and strategy research at China Renaissance, said Beijing’s support had helped bolster investor confidence in domestic producers. He said vaccines from Pfizer and Moderna required refrigeration to remain viable, which could leave them at a disadvantage in developing markets.

“Those limitations are bad for use in developing countries but that’s not the case with Chinese vaccines [most of which are] relatively easier to produce, store and distribute,” Mr Pang said.

The total market capitalisation of Hong Kong-listed CanSino, whose stock offering in August on Shanghai’s tech-focused Star market raised almost $750m, has risen more than 480 per cent this year to almost $10bn.

The company announced on November 7 that it had begun administering its coronavirus vaccine in Mexico, the third country in which it is carrying out phase-three trials after Pakistan and Russia.

By comparison, the market capitalisation of Pfizer, the announcement of whose positive phase-three trial results helped wipe about $730m off CanSino’s market value, has dropped about 7.5 per cent this year, while that of rival Moderna has jumped 475 per cent over the same period.

Zhang Tong, a pharmaceutical equities analyst at Kaifeng Investment, said there “definitely was a bubble in the vaccine sector before”. But he said there was room for growth once the market correction ended.

US announces troop withdrawal from Afghanistan and Iraq

Why is Strictly Come Dancing on Friday this week?

A Look at Poul Anderson’s The Merman’s Children|Goodman…

A 12-Minute, Full-Body Resistance Band Workout That Hits All…

South Korea beat Portugal to squeeze into next round at…

Woman refuses to swap seat with mum during flight –…