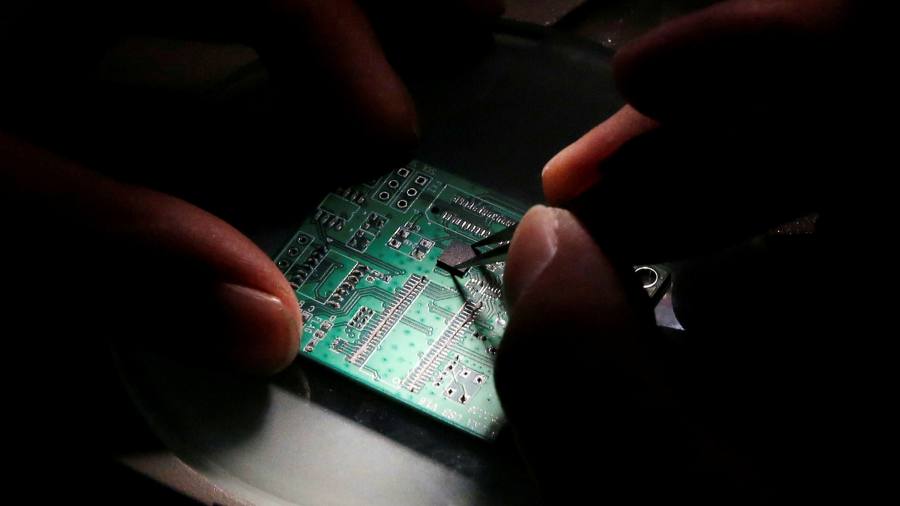 Unigroup International Holdings said in a statement to the Hong Kong stock exchange that semiconductor company Tsinghua Unigroup “was not able to redeem” its Rmb1.3bn ($198m) bond due on November 16, triggering a default.

Tsinghua Unigroup, a national champion, is ultimately controlled by Beijing-based Tsinghua university, China’s most prestigious engineering school. The company has received tens of billions of dollars in government support as President Xi Jinping’s administration ramped up efforts to wean the domestic semiconductor sector off US technology.

People expect the government to bail everyone out because it would be too messy if they don’t. But that kind of attitude is self-reinforcing and makes everything worse

The National Association of Financial Market Institutional Investors said it had discovered issues of “inadequate implementation of rules, imperfect internal control mechanisms and irregular business operations” during debt issuance by market institutions. It added that some had “emphasised business development and neglected compliance”.

In 2015, Tsinghua Unigroup launched an unsuccessful $23bn offer for Idaho-based Micron Technology, in what would have been the largest ever US buyout by a Chinese company. Micron has since become embroiled in a bitter intellectual property dispute with Fujian Jinhua, another Chinese chip company, that has been sanctioned by US government.

Bruised by an almost two-year trade war with the US, Mr Xi’s administration is determined to achieve self-reliance in a range of critical industries, including semiconductors. The world’s second-largest economy spends more than $300bn annually on semiconductor imports — more than it does on oil.

Concerns about Tsinghua Unigroup’s solvency began to mount last week after a Chinese credit rating agency said the group might struggle to make a bond payment and a creditors’ meeting failed to agree on an extension for repayment.

On Monday, China Chengxin Credit Rating cut its rating on the company and local media reported that it was in default. Tsinghua Unigroup did not comment on the status of the bond repayment.

The group had to reassure investors last year that it had ample cash and had not defaulted on any bonds after shares in a listed subsidiary fell sharply, as did prices for some of its offshore debt.

Tsinghua Unigroup is the most high-profile Chinese company to default on a bond issue this year.

Vulture funds have been snapping up distressed Chinese debt in state-owned enterprises on the assumption that local or central government officials would intervene to mediate settlements.

“Everyone is playing the same game,” said Michael Pettis, a finance professor at Peking University. “People expect the government to bail everyone out because it would be too messy if they don’t. But that kind of attitude is self-reinforcing and makes everything worse.”