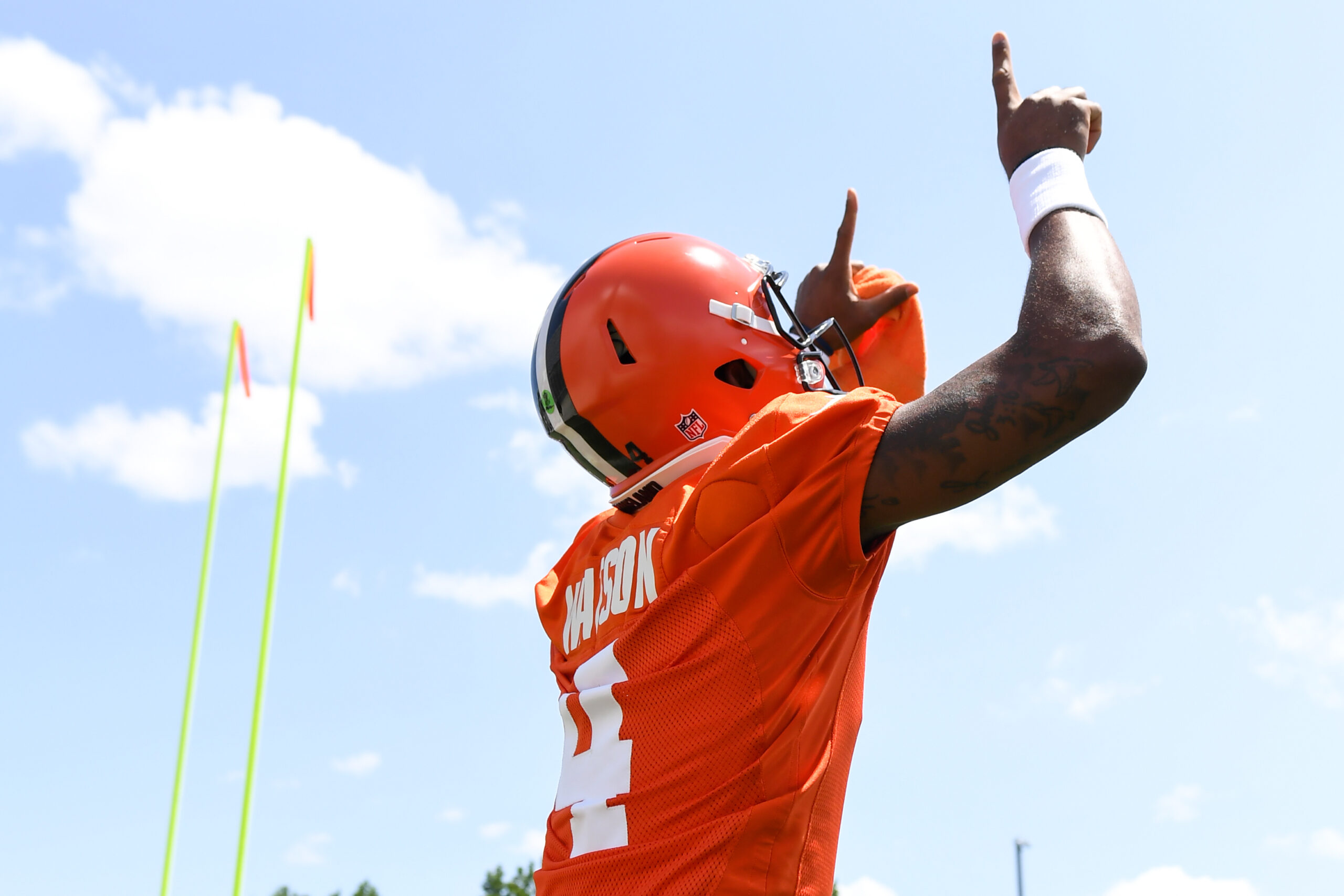 Following the ruling that quarterback Deshaun Watson will be suspended for six games, Cleveland Browns Owners Jimmy and Dee Haslam released a statement throwing their support behind not only the decision but also Watson.

The Browns traded for the star quarterback–who did not play last year amid sexual misconduct allegations–this offseason, with Watson signing a 5-year $230 million contract with the team. Meanwhile, the quarterback has settled 20 civil lawsuits brought against him with four still remaining, although he has not been criminally charged.

Shortly after the trade, the Haslams released a statement defending the acquisition of Watson saying that they are confident and “excited about moving forward with him as our quarterback.” In between praises of Watson’s character, the Haslams acknowledged the controversial nature of Watson’s situation saying, they will “respect due process.”

On Monday, the Browns’ owners responded to the suspension of their quarterback in a similar manner, by continuing to back Watson.

According to the statement, Watson has ‘abided by the newly created and agreed upon process…to defer to the objective Judge Sue L. Robinson to comprehensively review all information and make a fair decision.”

The Haslams continued, “We respect Judge Robinson’s decision,” adding that they “empathize and understand that there have been many individuals triggered throughout this process.”

“We know Deshaun is remorseful that this situation has caused much heartache,” said the Browns’ owners, concluding that they will “continue to support him.:

Read the full statement below:

Watson’s six-game suspension has caused controversy, with many criticizing the handling of the case. ESPN’s Stephen A. Smith made a surprise return to the network to comment on the decision, ripping apart the NFL for trying to play the ‘law enforcement’ role, while hiding relevant information from the general public.

Virgin Media will give you a FREE 4K LG TV this weekend, that’s not all