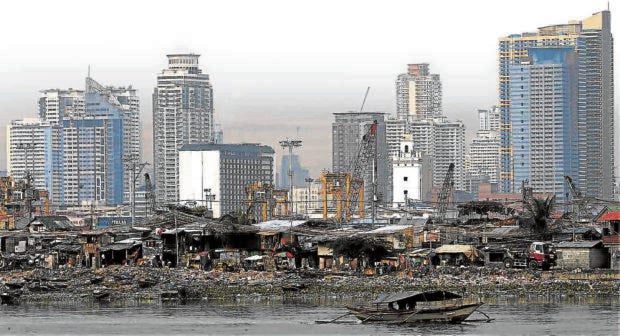 The massive destruction to lives and properties caused by the recent spate of typhoons highlighted anew the importance of crafting an updated Comprehensive Land Use Plan (CLUP) by local government units. It is a bitter reminder of how unplanned and indiscriminate development–without taking the lay of the land as well as the past, present and future hazards into account–can be destructive and catastrophic.

Official reports showed that damages wrought by Typhoons Quinta, Rolly, and Ulysses on agriculture and infrastructure hit at least P25.1 billion while a total of 308,072 houses were partially damaged and 60,476 were destroyed. At least 125 people died while 515 were injured and 29 remained missing. Experts from the government and the private sectors have blamed the massive flooding in Catanduanes and Cagayan Valley partly to massive forest degradation, improper land use and inadequate mitigating measures. We heard of people complaining about alleged illegal quarrying, illegal mining and unabated illegal logging operations and cutting of forest trees by “kaingeros” in both Regions 2 and 5.

DHSUD highlights the need for CLUP amid disasters and calamities.

Given that the country is prone to typhoons, hosts a number of active volcanoes and has quake-prone areas nationwide including the highly dense Metro Manila, the need for an updated CLUP becomes a necessity–it is no longer an option for LGUs.

However, out of the 1,634 LGUs in our country, only 508 have updated CLUPs and have mainstreamed climate change and disaster risk reduction measures to their plans.

LGUs, in close collaboration with their constituents and the private sector, must start reformulating CLUPs in order to have a meticulously crafted land use plan in every municipality and city that conforms with the provincial and regional land use plans–with focus on identifying areas highly susceptible to calamities and climate change.

Soon, the department will require LGUs to communicate the results of their climate and disaster risk assessment to their respective constituents to arm them with the knowledge of risks they are facing by living along identified danger zones.

From “ridge to reef” is DHSUD’s approach to the formulation of CLUPs—aimed at ensuring safety, sustainability and resiliency of all human settlements and urban developments, while maximizing the potentials of our natural resources and with emphasis on disaster mitigation

The “ridge-to-reef” concept or integrated ecosystems management process is done through the collaboration between LGUs and the community composed of various stakeholders such as fishermen, farmers, the Indigenous Peoples, women, urban poor, rural poor, youth, persons with disabilities, senior citizens, religious groups, investors, local elected officials and others. It’s practically a multi-sectoral plan from organization to implementation.

With proper implementation of DHSUD-approved CLUPs, there will be no residents living along river channels, mountain slopes and areas classified as highly susceptible to disasters. Hence, there will be limited need for emergency evacuations during typhoons and less number of casualty and minimal destruction to properties.

Typhoons, earthquakes and other natural disasters will come whether we like it or not. However, we can alleviate the adverse effects of calamities through effective planning and by institutionalizing mitigating and pro-active measures as stipulated and specifically defined in the CLUP.

Recent events have again proven that being ready, even prior to the onslaught of storms, is not enough. There is an urgent necessity for effective long-term planning and pro-active steps, like the CLUP, in disaster mitigation.

The 2023 Trends a Mom and a Fashion Editor Both Love

‘Emancipation’ producer apologizes for photo of…

Wait, T.J. Holmes Allegedly Had Another Affair On The GMA…