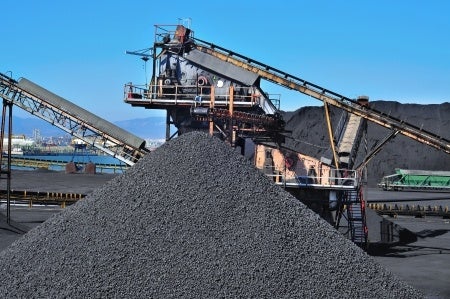 The Philippines remains heavily reliant on coal, with the fossil fuel powering 54 percent of the total electricity output even during the coronavirus pandemic, data from the Wholesale Electricity Spot Market (WESM) show.

According to the WESM manager, the Independent Electricity Market Operator of the Philippines (Iemop), there were 9,042 megawatts of coal-fired power generating capacity, accounting for 43 percent of the 20,873 MW registered at the spot market.

Natural gas-fired power plants were a far second with 3,295 MW or 16 percent of total.

In terms of electricity that was generated in the 10 months ending in October 2020, coal represented 35,732 gigawatt-hours or 54 percent of the total that reached 66,494 GWh.

Again, natural gas was second with 16,236 GWh or 24 percent of total generated electricity.

As for peak daily demand, WESM records show that this has been receding since reaching a pandemic-time high of 10,193 MW in September.

During these months that coincided with the onset of a fully developed La Niña phenomenon, a series of typhoons lowered temperatures—which means less use of home appliances for cooling—and even caused power outages.

The trend in the past three months appears to belie a positive outlook, where business and consumer confidence is rising and setting up the industry for a recovery toward prepandemic levels.

Earlier this week, John Eric Francia, president and chief executive of AC Energy Infrastructure Corp., said the Philippine energy sector was expec­ted to regain its prepandemic momentum next year thanks in part to renewable energy, which allows industry players to resume investments with measured confidence.

Francia was among a panel of industry experts gathered for a webinar hosted by the Euro­pean Chamber of Commerce of the Philippines and the Philippine Energy Independence Council.

He noted that the Luzon grid alone has seen such a recovery as early as last September.

Demand is “still a bit unstable but we’re feeling confident it will come back by next year,” Francia said. “Along with that, there will be, hopefully, a recovery in both consumer confidence and business confidence, especially with the announcement that a vaccine has been developed and will be rolled out globally.”

Facebook Parent Meta Warns of Removing News from Platform if…