Cocina Hermanos Torres In Barcelona Gets A Third Michelin Star, And Is A Triumph For Twins 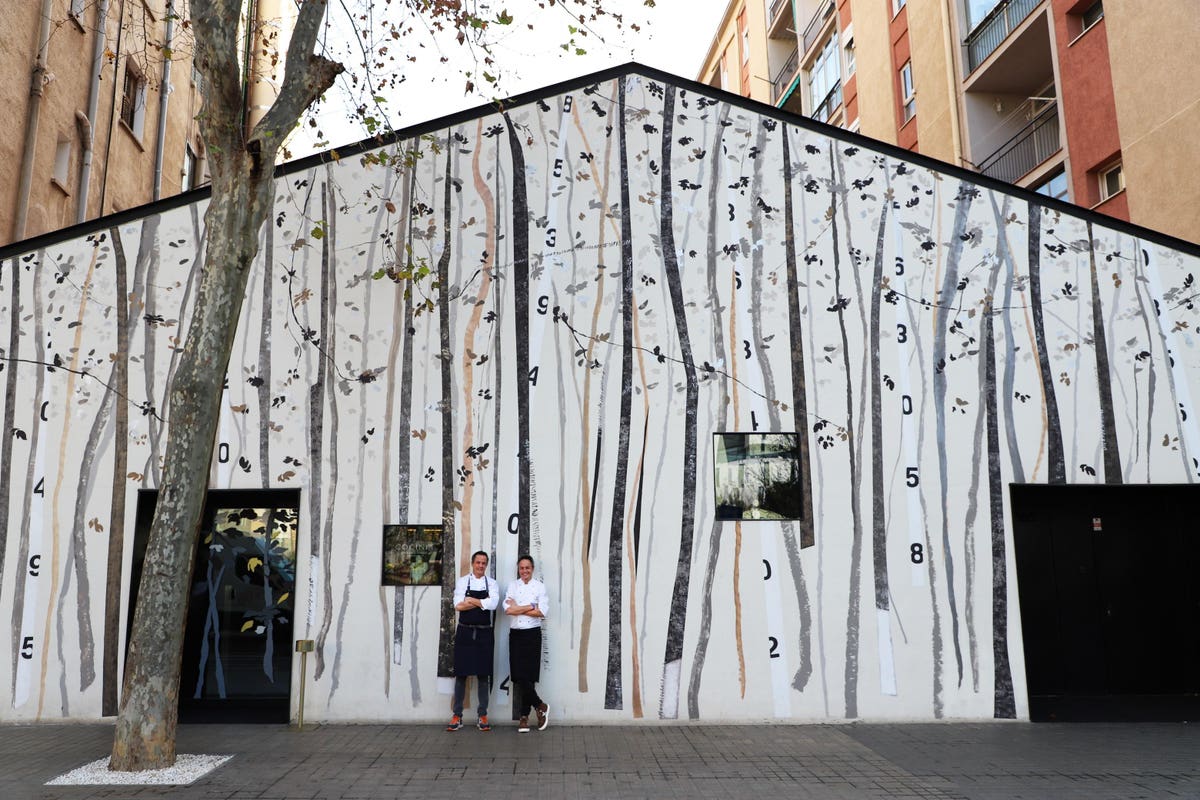 In news that was welcome if not particularly surprising, one of the biggest winners of Tuesday’s Michelin gala in Toledo, Spain, was Cocina Hermanos Torres. The project of twin brothers Sergio and Javier Torres in Barcelona, it’s one of the most innovative restaurants around.

It’s a place of contradictions. The brothers took over an old 800-square-meter industrial building and somehow translated that into the feeling of being in the family kitchen of their childhood—both credit their grandmother, who “inadvertently instilled in us a love of cooking,” as their guiding light. Many years after somehow talking their way into culinary school at age 14, strategically starting their careers in different stations in different esteemed kitchens and learning as much as they could, they’ve created their own tour de force. They call it their ship of dreams.

The twins—who are unusual in the fine-dining world for sharing absolutely equal billing as chefs—effectively turned their restaurant inside out, breaking down the customary walls and lines that separate the chefs and servers from the diners. They’ve also created their own world, one that they understatedly call “a large kitchen with tables around it.” (It’s worth noting that they’ve also done it in a sustainable way that earned them one of Michelin’s green stars to go with the three shiny ones.)

After welcome drink, guests enter a dream of a dining room with three large kitchen stations in the center. These are remarkably silent, despite all the activity going on—the chefs are turning out an ambitious 15-course tasting menu—and extremely well ventilated. The white tablecloths and staff uniforms stand out against the all-black backdrop. That cliché about fine dining as theater comes to mind, because guests experience only the balletic parts, minus the stress and the unwanted smells.

And it’s only after you’ve settled in that you notice that the pastry section, the research and development area (which is about to be expanded), cold section, chefs’ offices and every other element that goes into making restaurant magic is fully on display. You’ve entered the family kitchen.

The brothers’ reaction to the announcement was fitting. “It is for sure one of the happiest days of our lives,” said Javier in a statement. “We are thrilled! Not only because we see the fruits of our efforts, but because this is also a recognition for what our families, our team and all the people who are around Cocina Hermanos Torres have made during these years to help us get to where we are.”

Where they are is serving a cuisine that is equally creative and playful—and one that undoubtedly supports untold dozens of farmers, cheesemakers and other purveyors—an homage to Spanish tradition and childhood memories. “Cocina Hermanos Torres represents our memory, our upbringing, our experiences, our traditional flavors but very up-to-date and refined,” they say, following their habit of wanting to be quoted as a unit. “Very clean and extremely emotional. It is very much a cuisine of flavor, and we are very proud of what we’ve achieved with it. The bases and sauces, the timing of every element, the temperatures, the cooking, the seasonings. Everything is very well controlled.”

It’s also leavened with international influences from their time spent in France and Brazil (where they opened two restaurants in the early 2000s), avant-garde wizardry and an embrace of 3D printing. Many chefs like to say their menus tell a story, but the Torres brothers’ menu really does. It includes dishes like cured squid with caviar and poultry broth inspired by a trip to Japan, which is called “Sea and mountain” on the menu. The mussels moqueca with prawns, king crab, saffron and noodles is artfully presented on a cherry-red plate and subtitled “Barcelona, Brasil.,” and the onion from Fuentes, cured Parmesan and melanosporum truffles is named “From our father’s garden.”

Of course, earning three stars also pressures a restaurant to work to keep those three stars, and the innovation at Cocina Hermanos Torres shows no signs of letting up. Their creative process is “complex,” they say. “The idea comes from us (Javier and Sergio) and we are contributing to each other. Then we have an R&D team that is working on these ideas and together we are polishing and testing until after a lot of demands we get to what we want. Let’s say it is an orderly chaos, since creating with four hands and two minds will always be a more complex process.”

Denial of responsibility! Pedfire is an automatic aggregator of the all world’s media. In each content, the hyperlink to the primary source is specified. All trademarks belong to their rightful owners, all materials to their authors. If you are the owner of the content and do not want us to publish your materials, please contact us by email – [email protected]. The content will be deleted within 24 hours.
BarcelonaCocina Hermanos Torresfine diningfoodgastronomyMichelinrestaurantsspain
0
Share

“Caught in the glare of ageism and misogyny”