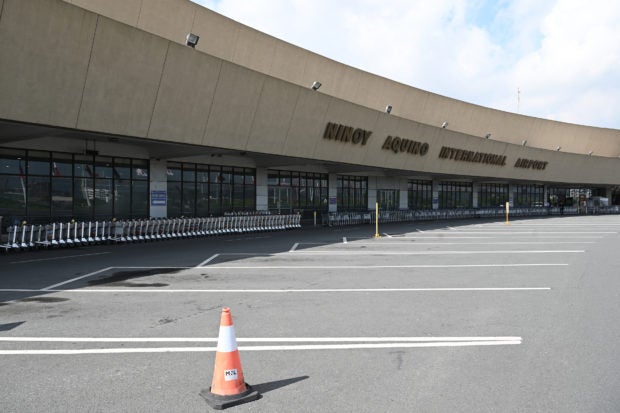 Megawide Construction Corp., a construction and infrastructure company that operates the Mactan Cebu International Airport with partner GMR Infrastructure of India, issued the statement to clarify reports that its offer had been rejected.

Megawide said this was misleading.

In a statement, the company said it “merely asked for the full submission of the requirements” to the powerful Investment Coordination Committee of the National Economic and Development Authority (Neda-ICC).

This confirms a report by the Bilyonaryo news website that the Megawide offer was being returned to the implementing agency through a Nov. 19 letter from Finance Secretary Carlos Dominguez III and acting Socioeconomic Planning Secretary Karl Kendrick Chua, who chairs Neda.

Dominguez and Chua are the chair and co-chair of the ICC Cabinet Committee.

But Megawide said this did not mean the project was “junked” as it has the chance to submit added requirements.

It said it complied on Nov. 20 with the requirements through a new submission to the Manila International Airport Authority containing proof of its capacity to finance the project.

This came after longtime partner GMR agreed to take a 40 percent equity stake in the venture. GMR’s participation was earlier announced by Megawide at a press conference last July 16.

“Under the new arrangement, Megawide will have majority stake at 60 percent while GMR has agreed to provide 40 percent of the equity requirement for the project,” the Megawide statement said.

Megawide said it has “not yet received any official communication from the government” since the added requirements were submitted on Nov. 20.

A Department of Transportation official separately confirmed that the proposal remains under evaluation as of Monday.

Megawide needed to boost its financial standing after the Neda-ICC said the company’s equity of P18 billion was below the required P32 billion to comply with the Build Operate Transfer rules that govern such proposals.

Projects are typically funded by 70 percent debt and 30 percent equity.

But the Naia project differed because the Neda-ICC based the 30 percent equity requirement on the total P109 project cost— or P32 billion.

In previous cases, that calculation was based on project phases since these are large infrastructure proposals that take years to build.

Megawide-GMR’s Naia proposal aims to cut air congestion in Naia that was a worsening problem before the COVID-19 pandemic struck. This will involve increasing passenger capacity and flights using just one of Naia’s two perpendicular runways.

The venture also plans to build an elevated railway system within the sprawling airport complex to connect its passenger terminals.

“With the company’s financial capability and tried and tested airport experience, Megawide’s proposal to rehabilitate and transform the Naia complex remains valid and the company looks forward to partnering with the national government, Naia stakeholders and civil society in a spirit of bayanihan to deliver an economic win for the Filipino people,” the company said in its statement.

Among the Duterte administration’s priority infrastructure projects to be implemented by the private sector, the Naia project stalled anew after the group of tycoons that formed the Naia Consortium withdrew last July.
The project passed to Megawide, the next company that submitted a proposal, as provided by the BOT law.

Why central banks are still fighting the last war