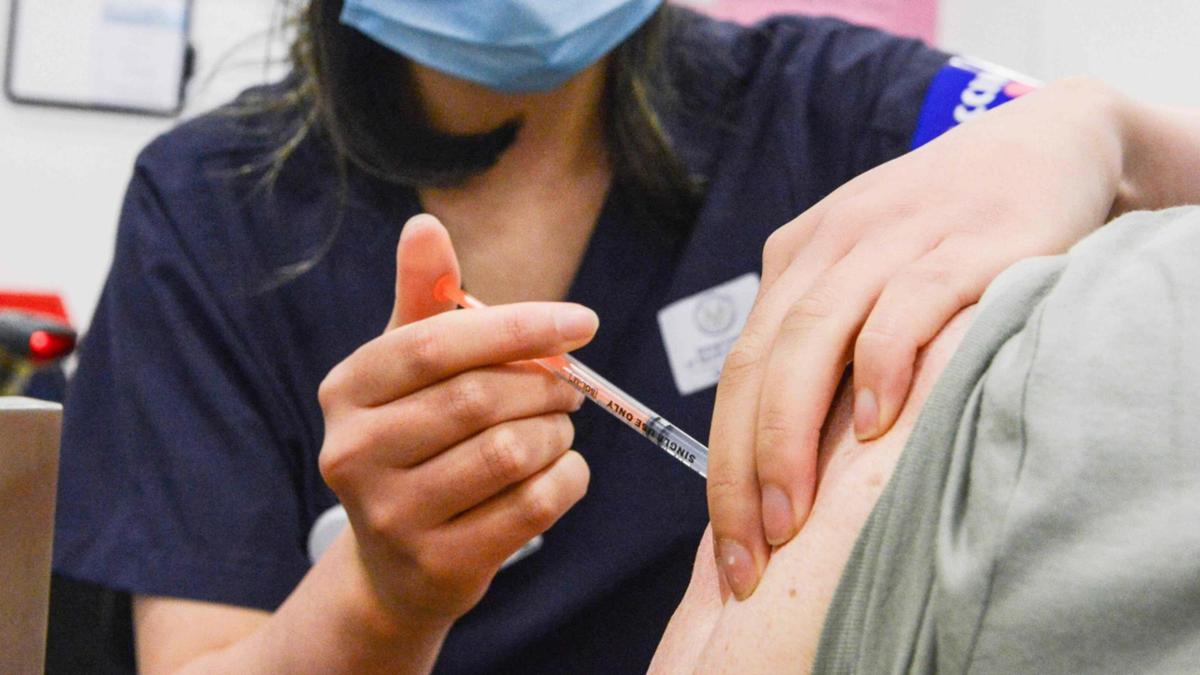 Australians could be asked to step forward for their booster shot sooner than six months after their second dose as the world races to take action on a worrying new COVID-19 variant.

Health authorities gave government officials advice on Monday to pause the reopening of the country to international students and skilled migrants by two weeks, to allow for more time to understand the risks of the Omicron variant.

Five cases have so far been detected in travellers, all of whom are in quarantine.

Health Minister Greg Hunt said on Monday that part of the research authorities were conducting in their race to understand the strain was whether or not the booster program could be brought forward.

As it stands, eligible Australians can get their booster shot six months after their second dose.

“I’ve asked for their (Technical Advisory Group on Immunisation) advice … And I won’t pre-empt it or presume it,” Mr Hunt said on Monday.

“If they recommend a change to bring it forward, then we’ll do that. We have the supplies. We have the distribution network.”

The United Kingdom has announced it will offer its booster shot to all adults just three months after their second dose.

Infectious Disease specialist Dr Nick Coatsworth said any decision that ATAGI makes will be “in our best interest”.

“They will be safe whenever they get their booster,” he told Sunrise.

“My gut feeling is that this is not a bad one compared to what we have seen before.

“It’s more transmissible, but probably mild. Let’s wait for more information. We are all doing the right thing.”

CSIRO director Dr Rob Grenfell said it was a timely reminder that the pandemic was “far from over”.

“With regards to whether it’s more infectious, it clearly is because it’s displacing Delta in South Africa,” Dr Grenfell told the Today show.

“But is it more serious? We don’t know yet. The South African population is definitely different than our population.

“So we’ll have to see what happens in Europe to see (if) it is more severe.”

He said it was not premature to be discussing bringing booster shots forward in Australia.

Home Affairs Minister Karen Andrews said the Omicron variant was an unknown “to all of us”.

“Based on the health advice, more time was needed to make sure that we had all the relevant information to that variant,” she told ABC Breakfast.

“The good thing is here in Australia we have such a high vaccination rate … So that does put us in very good stead to face Omicron and any other variant.

Dr Coatsworth said in addition to rolling out the booster shot program in Australia, the country had a role to play in vaccinating other countries.

“That is what needs to be discussed at the national cabinet and that is what will stop Omicron and other variants from emerging in the future rather than dwelling on what we’re doing mystically.”

Offense’s work on third down was first rate vs. Chargers – The Denver Post

Winter worries: Expert tips on taking care of newborn babies during the season

Owlbear Barbecue, one of Denver’s best barbecue joints, to close for good amid…

Hey Bestie: I’m a poor uni student should I get a sugar daddy?

I’m fine, but my friend insists I’m in denial

Not Surprised at Virat Kohli’s Decision to Quit…

Deepika Padukone raises the heat in a sexy red dress at…

Local News Reporter Gets Hit By Car On Live TV, Handles It…