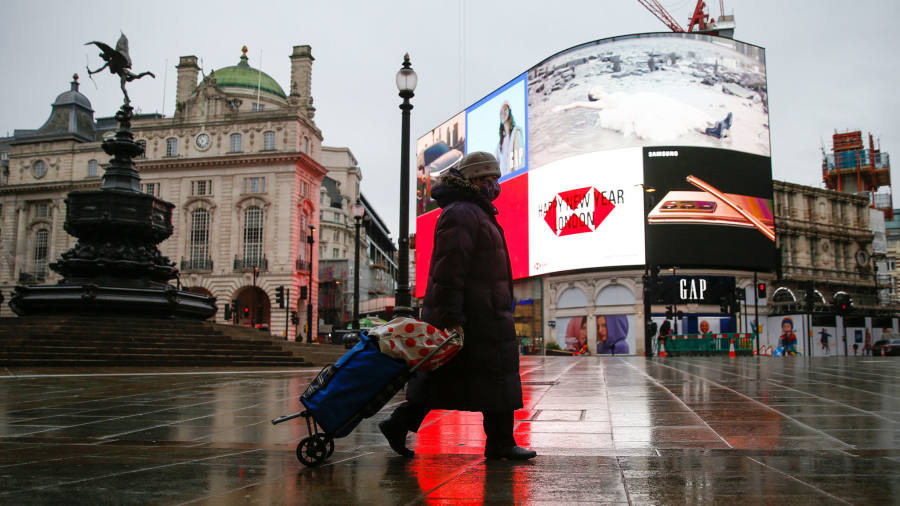 California’s coronavirus death toll is closing in on 30,000 following a deadly start to the year for the country’s most populous state.

Authorities on Monday attributed a further 264 fatalities to coronavirus, down from 468 on Sunday.

On Saturday, the state reported a one-day record of 695 fatalities, more than what several states have had for the entire pandemic.

California’s death toll stands at 29,965, putting it slightly ahead of the 29,877 reported on Sunday by authorities in Texas that is due to be updated later this afternoon. The two states are closing in on top-ranked New York.

One glimmer of hope is hospitalisations. Although these rose by a net 120 over the past day to 22,633, this is down from Thursday’s record of 22,853. That may also be helping the national figure, which as of Sunday had remained below Thursday’s record of 132,464 for the fourth day running.

The number of intensive care unit beds available in California was 1,242, authorities revealed on Monday, up from a record low of 1,147 on Friday.

Regular availability of such beds in the broad Southern California and San Joaquin Valley regions has been at zero for weeks.

Mr Newsom struck a hopeful note, though, and said both the rate of increase in hospitalisations and ICU bed usage in the past week was “more modest” than what the state had experienced for “many, many months”.

California on Monday became the first US state to confirm more than 2.7m cases since the start of the pandemic.

The state has administered “close to 800,000” vaccines, Mr Newsom said, and aims to reach the 1m-mark by this weekend.

China and electric cars offer automakers hope after a dire 2020