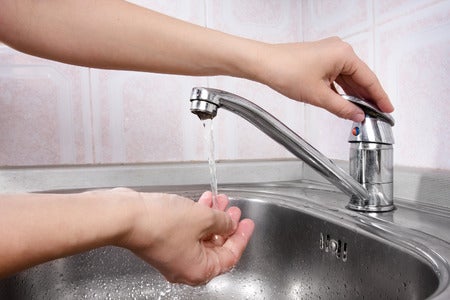 With the double whammy of COVID-19 and climate change, we must now assess the situation of our water security.

First, the good news. Last Dec. 18, the Asian Development Bank (ADB) released the Asian Water Development Outlook 2020. It stated: “Economies of Asia and the Pacific must put water security at the top of their agenda to recover from the coronavirus disease pandemic and adapt to climate change.”

The ADB stated that the Philippines had greatly improved in its water security. In its Water Development Report, the Philippines increased its rating from 1 (nascent) in 2013, to 2 (engaged) in 2016, to 3 (capable) in 2020.

What preceded this improvement? On April 16, 2016, in a meeting of the five coalition heads of the Agri-Fisheries Alliance (AFA) with President Duterte, AFA’s Elias Jose Inciong requested action from Duterte on our water crisis, where more than 55 people die everyday.

Catalysed by Sen. Loren Legarda from the legislature and Secretary Regina Lopez from the executive branch, Duterte formed an executive-legislative-private sector task force for a “National Water Roadmap and Summit.” Cabinet Secretary Leoncio Evasco, Jr. was the chair, with myself from the private sector as the secretary general. The other secretaries were from the Departments of Environment and Natural Resources, Agriculture (DA), Public Works, Economic Planning, and Local Government. The National Water Resource Board served as the secretariat. Technical support was provided by seven deans from the University of the Philippines-Los Baños. Each led a team to produce seven volumes for the different water subsectors identified in the ADB 2013 and 2016 Water Outlook reports.

Seven water presummits on the seven subsectors were held in Luzon, Visayas and Mindanao. These resulted in key recommendations for each subsector, with the top two identified per sector. The most important recommendation was on governance: a body should be created to coordinate the government’s 32 water-related agencies for a unified water response.

Though an intermediate alternative was a temporary executive order to implement this, the path chosen was a proposed Department of Water/ Water Regulatory Commission. This is still pending in Congress. It has been recommended as a priority by the Philippine Business Group/Joint Foreign chambers, and should be acted upon soon.

Since many in the private sector across the country were motivated by the seven water presummits, they organized a Movement for Water Security (MWS). On June 25, 2019, MWS chair Roberto Pagdanganan, Boy Scouts of the Philippines president and former head of the League of Provincial Governors, wrote a letter to both the Congress and the the executive branch. This became a subject in a Congressional hearing. Eight priority actions were recommended. One of these is mangrove development. It addresses both jobs lost from COVID-19 and climate change.

Forest Foundation Philippines states: “Mangroves are important ecosystems that provide livelihoods for coastal communities as well as protection from waves and water movements. In addition, mangroves are important in mitigating climate change. A hectare of mangrove trees can store up to five times more carbon than most tropical forests around the world.”

In terms of livelihood, this would greatly help the fisherfolk, which is our poorest sector with 1.3 million registered small scale fishers and their families. They are faced with dwindling catch, partly because commercial fishing boats have illegally encroached into the municipal waters reserved for them and depleted the fish supply. Though the DA-initiated Vessel Monitoring System that can automatically track illegal ship movements in municipal waters, the additional proactive initiative of restoring and increasing mangroves for fish breeding grounds will increase fish supply. Related livelihood opportunities coming from this will be provided.

On climate change, mangroves have saved communities from damaging floods by serving as barriers against sudden water inflow from storm surges. A project providing such benefits is that of San Miguel Corp. It is establishing 150,000 mangroves for flood protection with an initial 100,000 mudcrabs monthly for livelihood.

With COVID-19 and climate change confronting us, we must not lose our momentum in improving water security, and consider mangrove restoration as a useful initiative to support this.

The author is Agriwatch chair, former Secretary of Presidential programs and Projects, and former undersecretary of DA and DTI. Contact is [email protected]

2020 was one of three warmest years on record: World Meteorological Organisation