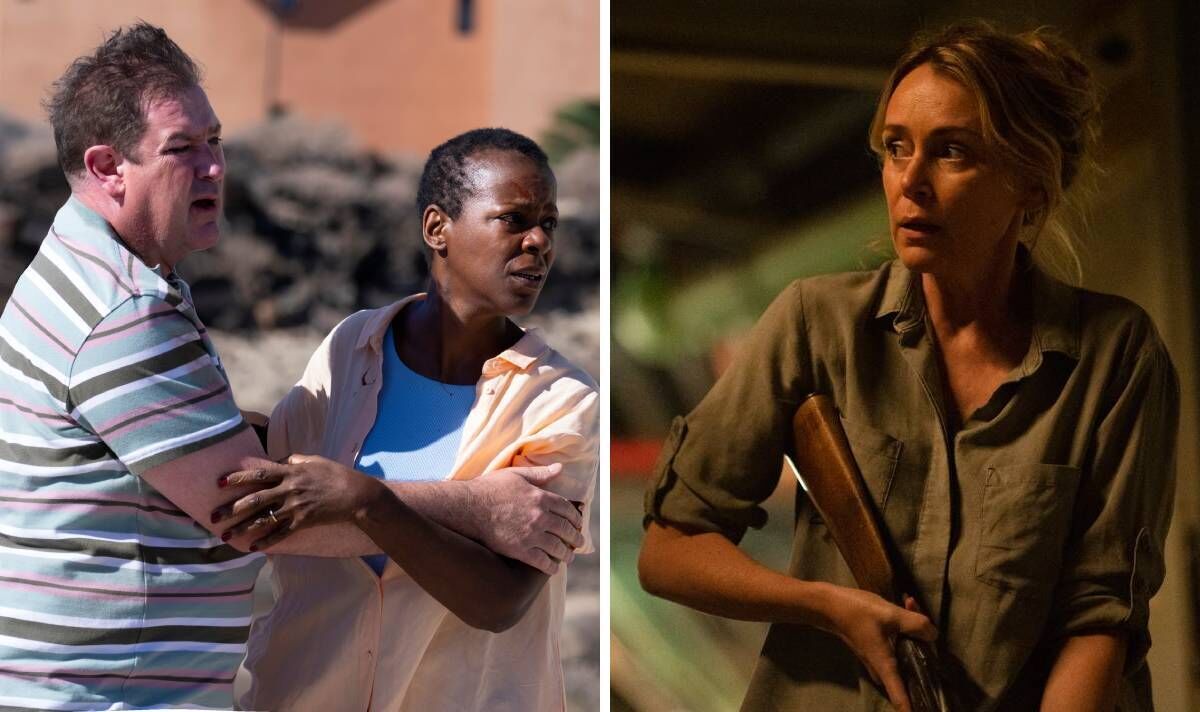 Crossfire sees how a relaxing holiday with family and friends in paradise quickly turns into a nightmare after there is a shooting at their stunning hotel. The BBC One drama comes from the makers of series such as The Salisbury Poisonings and The Responder so fans could be in for a real treat. Express.co.uk has everything there is to know about Crossfire.

Who is in the cast of Crossfire?

Leading the cast as Jo, one of the holiday-goers at the hotel is actress Keeley Hawes.
She has had a colourful career on the small screen during her career so far, starring in series such as The Midwich Cuckoos, Spooks, Line of Duty, The Bodyguard, The Missing and It’s A Sin.

Hawes is also going to star in the upcoming dramas Stonehouse and Orphan Black: Echoes.

Among the friends staying at the luxurious Canary Islands resort is Kate, played by Anneika Rose.

Most recently, she was Maggie Kean in BBC’s Shetland and starred opposite Hawes in The Midwich Cuckoos as Amrita Chohhan.

Viewers may also recognise her from Line of Duty as PS Farida Jatri who was previously in a relationship with DCI Joanne Davidson (Kelly Macdonald) who was under suspicion.

Actor Lee Ingleby has been DI John Bacchus in BBC’s Inspector George Gently, Stan Shunpike in Harry Potter and the Prisoner of Azkaban, and Paul Hughes in the drama The A Word.

Viewers may also recognise him for playing Tony Myerscough in Netflix’s Criminal: UK.

Netflix subscribers will remember actress Josette Simon for playing barrister Angela Regan in Anatomy of a Scandal earlier this year.

Some of her other roles have been in Blake’s 7, Casualty, Broadchurch, The Girlfriend Experience and Halo.

Also acting in this stellar cast is Daniel Ryan as a holiday-goer called Ben.

For the past four years, Ryan has been best associated with ITV’s drama The Bay as DI Tony Manning.

Before this, he was Dan in Mount Pleasant for six years, starring alongside actress Sally Lindsay.

Besides these, Ryan has been in Cold Call, Home Fires, Innocent, Steel River Blues and The Whistleblowers.

Actor Vikash Bhai’s first onscreen role was in 2016 as a minor character in Doctors.

Since then, he has been in Hanna, Pandora and The Good Karma Hospital, to list just a few.

Other cast members include:

Crossfire premieres on Tuesday, September 20, at 9pm on BBC One.

Lakers lively in first half, fade late in preseason opener…