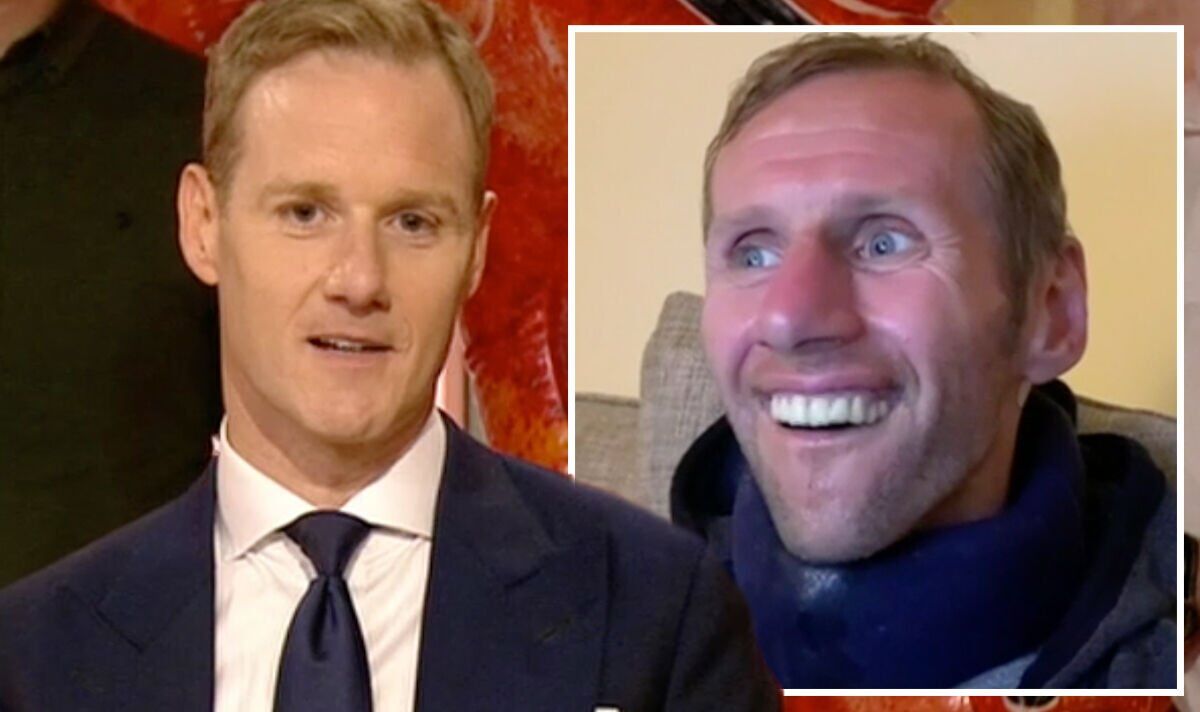 For his final appearance on BBC Breakfast, Dan Walker was sent off with an array of emotional and heartfelt goodbyes from his colleagues past and present. Sally Nugent led the touching goodbyes while former BBC stalwart Louise Minchin also made a rare return to the show to pay tribute to the former Strictly Come Dancing star ahead of his move to Channel 5. A number of former guests also sent in messages of their own to wish Dan the best, including a cheeky tape from Rob Burrow who quipped, “Money talks” ahead of Dan’s move.

Teeing up the pre-recorded messages from those close to Dan, Sally said: “For everybody at home, Dan has no clue, there’s no script for the rest of the programme.

“So he’s just going to have to sit and watch just like you at home,” she continued. “We’ve spoken to some of your friends, we’ve seen the best bits of your years on Breakfast…

“Now we have some really special messages from some familiar faces you might recognise,” she added as Dan watched on with intrigue.

Osi Umenyiora and Jason Bell from The NFL Show, which Dan also hosted, appeared first in the compilation.

The pair cheekily mocked their co-host as an archived clip of his playing American Football aired, branding him “ridiculous” while Dan let out a laugh in the studio.

Jason went on to describe Dan as “one of the nicest human beings on this planet” before charity fundraiser and former rugby league star Rob Burrows made an appearance.

“Hi Dan, I’m sure you are well, especially with your new pay packet for the new job,” Rob mocked.

He continued: “I’m not sure why you are leaving the number one breakfast show but money talks, eh mate!”

As the show approached its final moments, Sally took a moment to thank Dan for “looking after” her throughout their time together on the BBC.

“You’ve been amazing, a real loyal friend,” Sally said before Dan took a moment to say his own goodbye.

Dan signed off: “It’s always been my dream to do a job like this and have people like you guys so thank you.”

As the crew all gathered in the studio, Dan continued: “It’s come around a lot more quickly than I thought. You [Louise Minchin] had months to prepare, didn’t you? I haven’t had that long.

“I think when – in this situation as you have over the past half-hour, you do look back and you think about the things that you’ve done, the stories you’ve covered, the people that you’ve met.

“And this is lovely, but part of me hates it (laughs), I like talking about other people and I’m really thankful that I’ve had so many incredible memories of working on this programme, and wonderful moments that this role has given me.

“There aren’t many jobs where you get to give a voice to people who don’t have a voice and tell people’s stories and that’s what we all love doing more than anything else.

“It’s been a real privilege to sit here and present this programme,” Dan added.

BBC Breakfast airs daily at 6am on BBC One.

Vijay Varma on shooting in Darjeeling for his next by Sujoy Ghosh- “Kareena, Jaideep and I are having a blast” : Bollywood News