DARPA tests robotic vehicles that can keep up with human drivers 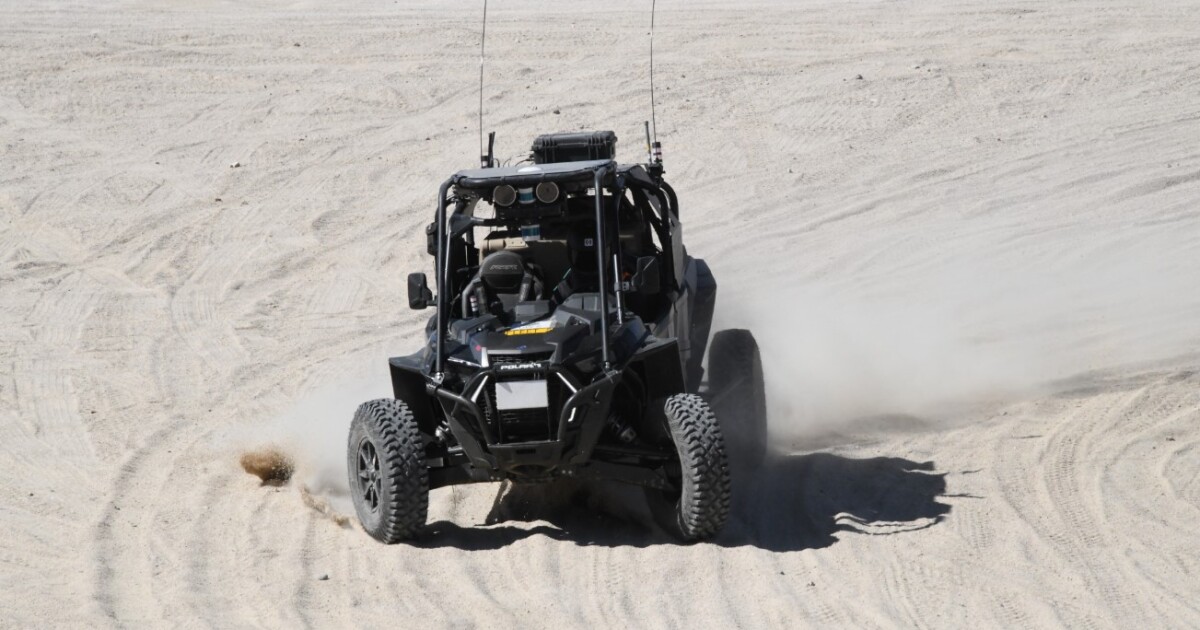 DARPA has announced that it has given the green light to a new series of field tests at Camp Roberts, California, aimed at producing autonomous off-road combat vehicles that can keep up with crewed ones while driving at speed over rough ground.

Modern armies are mobile fighting forces that rely on speed and maneuverability over everything from flat plains to rugged mountain country as a means of gaining advantage over the enemy. It’s a technique that has progressed by leaps and bounds since it was first introduced as the blitzkrieg during the Second World War, and as autonomous vehicles become more sophisticated they must learn to adapt if they are to keep up with human soldiers.

Autonomous vehicles are slowly being introduced into some of the world’s more advanced armies and they promise many advantages. Where each truck in a supply convoy had to have several driving crews, a convoy of autonomous ones may need only one crewed vehicle – if that many. In addition, such robotic conveyances can be self-deploying, which frees up human soldiers for more important tasks.

However, military planners see such vehicles as having more applications than just carrying rations to the front or guiding a tank back to base for maintenance. The eventual goal is to produce autonomous vehicles that can act as part of combat teams, which means they have to be able to drive as fast and turn as nimbly while negotiating rugged terrain as ones driven by their human counterparts.

To achieve this, DARPA’s Robotic Autonomy in Complex Environments with Resiliency (RACER) program is being conducted in partnership with Carnegie Mellon University, NASA’s Jet Propulsion Laboratory, and the University of Washington to develop autonomous software stacks for DARPA-provided robotic systems.

According to DARPA, preliminary tests, called Experiment 1, were conducted earlier this year at Fort Irwin, California. The second series is currently underway at Camp Roberts until September 27 and will involve the robotic vehicles traveling at relatively high speeds under realistic conditions.

Conducted in March and April, Experiment 1 involved tests on six courses representing various terrain, with 40 autonomous runs covering about 2 miles (3.2 km) at speeds of just under 20 mph (32 km/h). These courses involved obstacles, including rocks, bushes, and ditches, that were capable of severely damaging the robotic vehicles, as well as a desert environment designed to test the system’s ability to identify, classify, and avoid obstacles at higher speeds.

The next series, Experiment 2, will go beyond desert terrain to test new perception algorithms on larger, steeper hills as well as the robotic vehicle’s ability to handle steep slopes, slippery surfaces, and ditches over longer distances than in Experiment 1.

“Since the first experiment, teams have been working to improve perception of the environment and planning navigable routes through development of new autonomy algorithm technologies,” said Stuart Young, RACER program manager in DARPA’s Tactical Technology Office. “The DARPA-provided RACER fleet vehicles being used in the program are high performance all-terrain vehicles outfitted with world-class sensing and computational abilities, but the teams’ focus is on computational solutions as that platform encounters increasingly complex off-road terrain.

“We are after driverless ground vehicles that can maneuver on unstructured off-road terrain at speeds that are only limited by considerations of sensor performance, mechanical constraints, and safety. At a minimum, the program goal is software performance that allows off-road speeds on par with a human driver.”

The video below shows RACER going through its paces.

The 9 Best Ylang-Ylang Perfumes, Hands Down