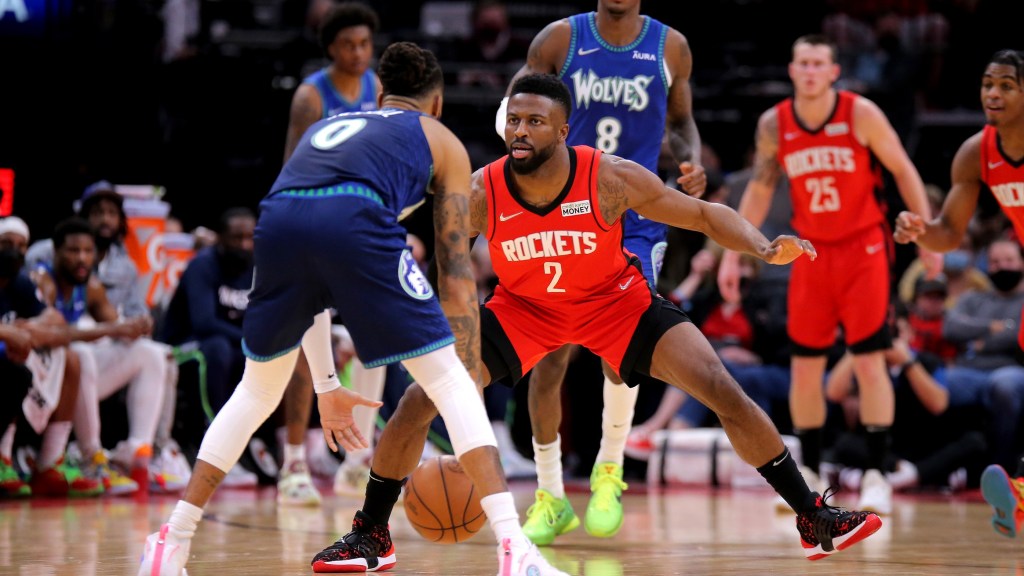 With Jan. 15 having arrived, reserve wings Armoni Brooks and David Nwaba are now eligible to be traded by the Rockets. Out of Houston’s entire roster, the only player who will not be trade eligible in the weeks leading up to this season’s Feb. 10 trade deadline is Garrison Mathews.

Brooks could not be traded for three months after signing his latest contract, which he did in mid-October. Meanwhile, Nwaba could not be dealt until Jan. 15 based on salary cap rules related to the terms of his new contract with the Rockets, which he signed in the 2021 offseason.

When a player is re-signed using Bird or Early Bird rights to a contract that is 20% or greater than their previous deal AND their team is over the cap, those players can’t be traded until January 15. This is because those contracts tie to Base Year Compensation (BYC) rules, which impact how a BYC player’s salary works in trade. In effect, it’s an additional blocker that keeps teams from re-signing and player and immediately trading them.

Now 29 years old, Nwaba is averaging 5.4 points (47.5% FG) and 3.9 rebounds in 14.2 minutes this season, and he’s a valuable and versatile defensive player. Given the combination of his age, the clear rebuilding plan in place with the Rockets, and his fairly reasonable contract, it shouldn’t come as a shock if teams needing wing defense inquire about Nwaba’s availability to Houston general manager Rafael Stone.

The only player on Houston’s current roster who cannot be traded is Garrison Mathews, since he did not sign his new contract until December.

Denial of responsibility! Pedfire is an automatic aggregator of the all world’s media. In each content, the hyperlink to the primary source is specified. All trademarks belong to their rightful owners, all materials to their authors. If you are the owner of the content and do not want us to publish your materials, please contact us by email – admin@pedfire.com. The content will be deleted within 24 hours.
armoni brooksdavid nwabahouston rocketsNewsrafael stone
0
Share

Time away from social media has helped Kevin Porter Jr. on court

Toronto Raptors’ Siakam has left his pandemic issues in the dust

Time away from social media has helped Kevin Porter Jr. on…

Mauni Amavsaya 2022 When Is The Holy Festival Of Amavasya…

Detached garage is now a luxurious ADU in West L.A.

Bigg Boss 15: Salman Khan announces the details of the grand…