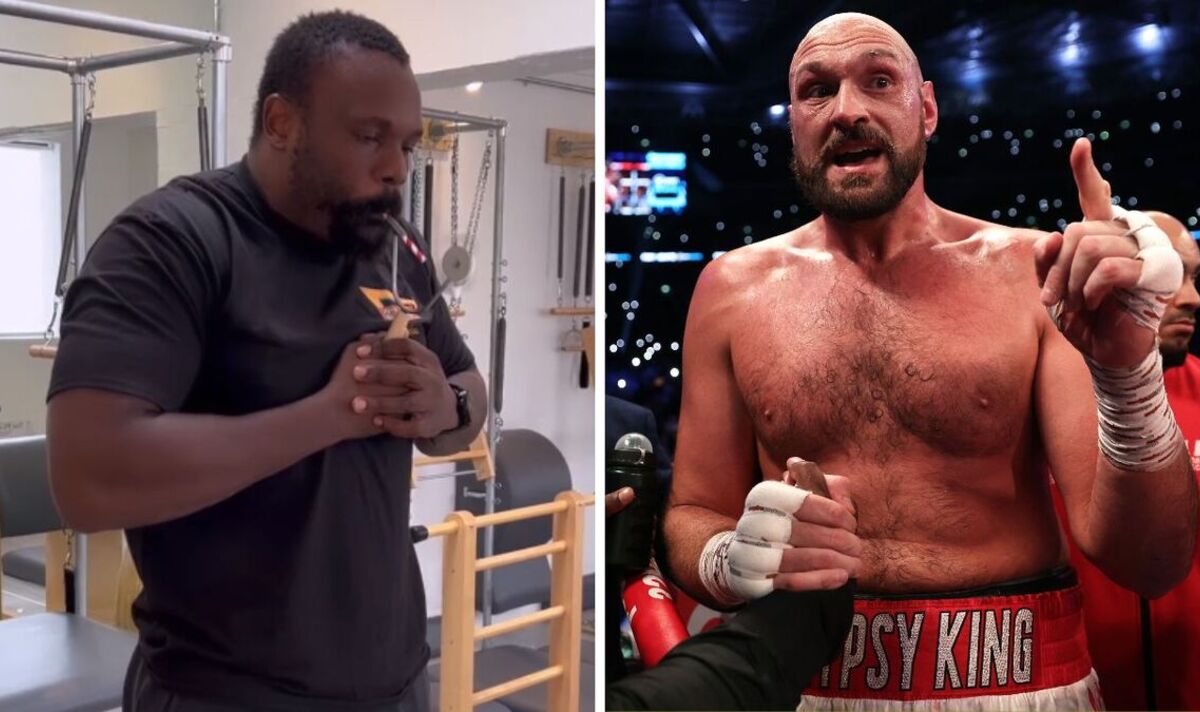 Derek Chisora has started incorporating Pilates classes into his pre-fight preparations for his third fight with Tyson Fury this weekend. Del Boy believes the sessions have helped his breathing, mobility and even punching power.

After conclusive losses in his two last outings against Fury in 2011 and 2014, a third fight – which is due to take place on December 3 at the Tottenham Hotspur Stadium – has received a negative public reception.

Few have given Del Boy much of a chance, but the 38-year-old is hoping 30-minute Pilate sessions will make a difference in helping him dethrone The Gypsy King.

Speaking to the Daily Mail via Exhale Pilate, Chisora said: “Doing Pilates twice per week has helped with my breathing as well as feeling freer in my upper body, especially after sparring. It’s also great for my recovery.”

Speaking further about what Chisora’s sessions involve, Del Boy’s Pilates teacher Gaby Noble added: “Derek has incorporated two Pilates sessions with me per week for the past eight weeks as part of his recovery programme.

“His sessions are no more than 30 minutes and they come straight after sparring. We predominantly work on breathing exercises, movements to calm his central nervous system down, and releasing tension in his shoulder girdle, arms and hips to reverse the signs of the continuous impact from being in the ring.’

“Breathing exercises help muscles to recover and boost his stamina by increasing his lung capacity. Lengthening muscles in his arms from a strong core can also give him a longer and more connected reach. Let’s hope we can see the results on Saturday!’.

“Pilates gives the tools for a stronger foot-to-hand connection as Pilates teaches you how to use your whole body. It also helps with balance and control.”