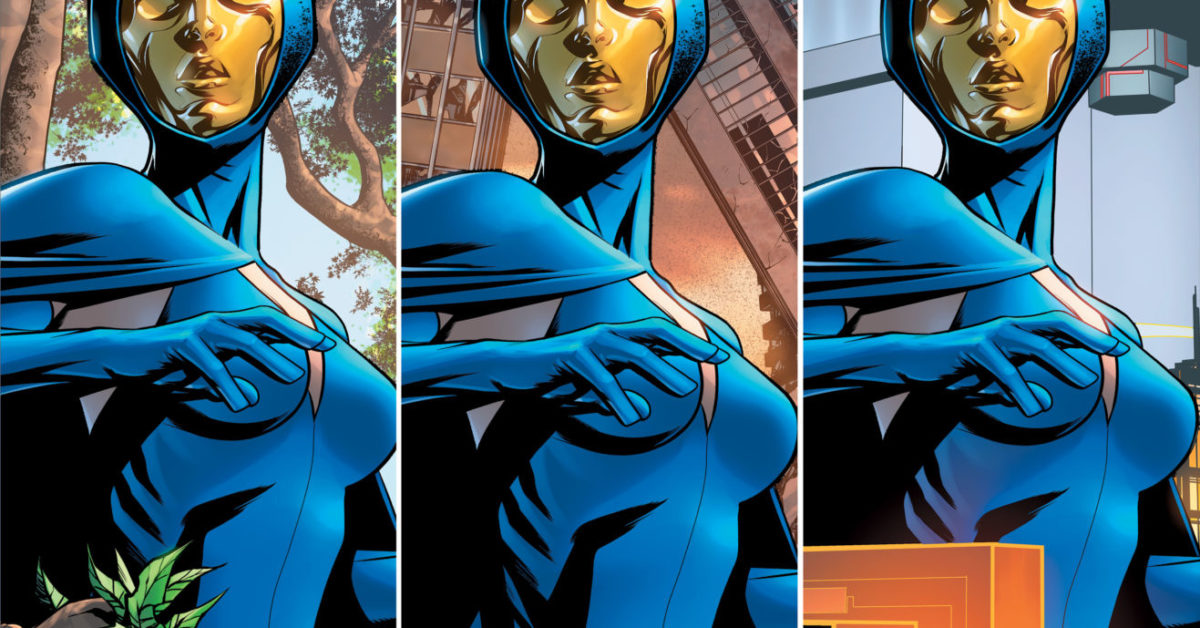 Marvel Comics has released three more teasers for their upcoming Destiny Of X event, that appear to show three different versions of three characters, And follow yesterday’s teasers for Hope, Storm and Wolverine. And suggesting that we  – or they – may be able to choose which version they turn out as.

And here’s what ran before…

Previosuly Marvel Comics tweeted out the teaser “Destiny of X. Spring 2022.” Which may be whatever spins out of upcoming X-Men, Inferno and Trial Of Magneto comic books, that have seen Destiny revived on the island of Krakoa, against the intentions of the Quiet Council, and especially Moira Mactaggert. As a) Destiny tortured her to death in a previous lifetime and b) can see whatever the big Krakoan plan is.

Irene Adler is the human identity of Destiny and, yes, Chris Claremont named her after The Woman in Sherlock Holmes. And she can see so much. Note the teasers given out by AIPT and their X-Men Monday yesterday:

In the Powers Of X titles, she could see Moira Mactaggert’s various futures and her power to reset time on her death.

It is for this reason that Moira has demanded Krakoa not revive Destiny, much to the chagrin of Mystique.

And we learned that Destiny told Mystique if they did not revive her, then she must burn the place to the ground.

An event that is now upon us. And in X-Men #20, we saw Mora in her Krakoan No-Place with Destiny’s Diaries.

Which means Moira Mactaggert might want to get in there first.

Everyone getting up to some serious burns today, aren’t they?

So who knows what will spring from Destiny Of X? And is that X for X of X for Ten? We have no idea these days.

Steps working with authorities after concert linked to Omicron cases

Is Book of Boba Fett A Disappointment? Will Moon Knight and Batgirl Deliver?

How do we make the move to electric cars happen? Ask Norway…