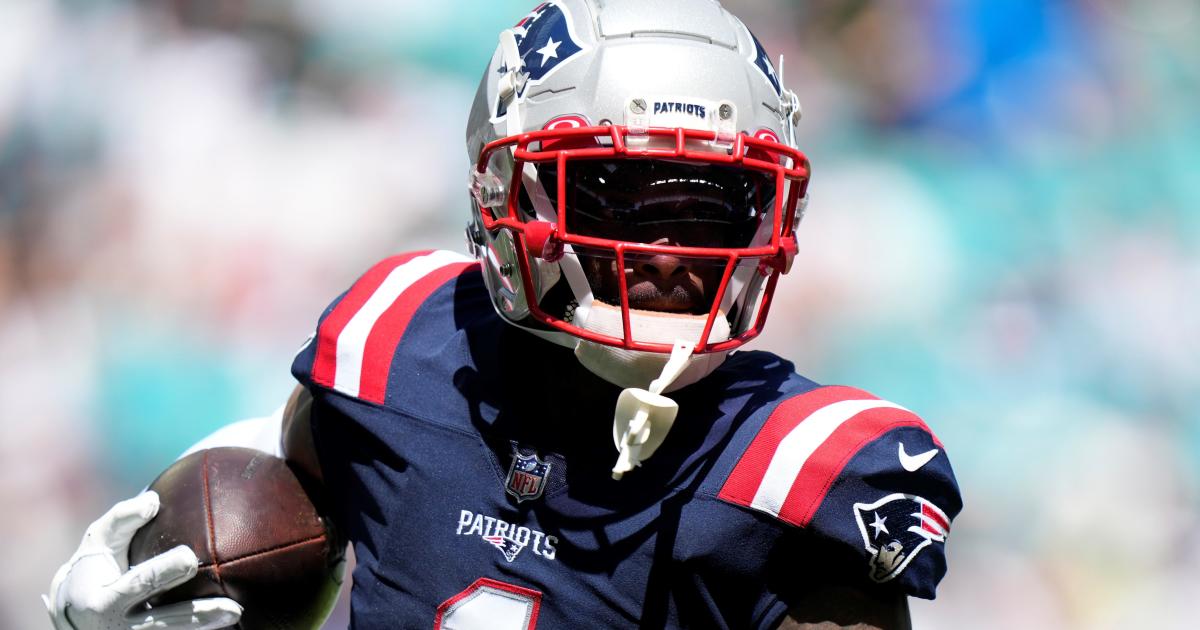 FOXBORO — Through two weeks, DeVante Parker’s Patriots career was off to a rough start. That changed in a rather massive way on Sunday afternoon.

In the Patriots’ home opener, Parker came out like a man possessed, going up to catch everything Mac Jones threw his way. The end result was one of the best performances of Parker’s career — as well as the unlikeliest reception in the entire NFL over the past two years.

That reception came on the Patriots’ first drive of the second half, and it involved an over-the-shoulder, toe-tapping piece of ballet from the 29-year-old receiver.

According to the NFL’s Next Gen Stats, the pass had a 7.4 percent chance of being completed.

Parker snagging that one, even with the low odds, wasn’t particularly shocking on this day, as he had been looking capable of catching anything throughout the game.

Just a few plays prior to that reception, he worked through a defensive hold and held on through heavy contact to haul in a 36-yard reception up the left sideline.

Parker also had a 31-yard reception on the opening drive of the game, and he had a 40-yard catch-and-run later in the first quarter.

By the third minute of the third quarter, Parker was up to 132 receiving yards on the day — already his fifth-highest yardage total in any game of his career. His single-game career high entering Sunday was 159, set back in 2019 when he was with Miami. He had recorded 130 or more receiving yards in a game just three other times in his eight-year career.