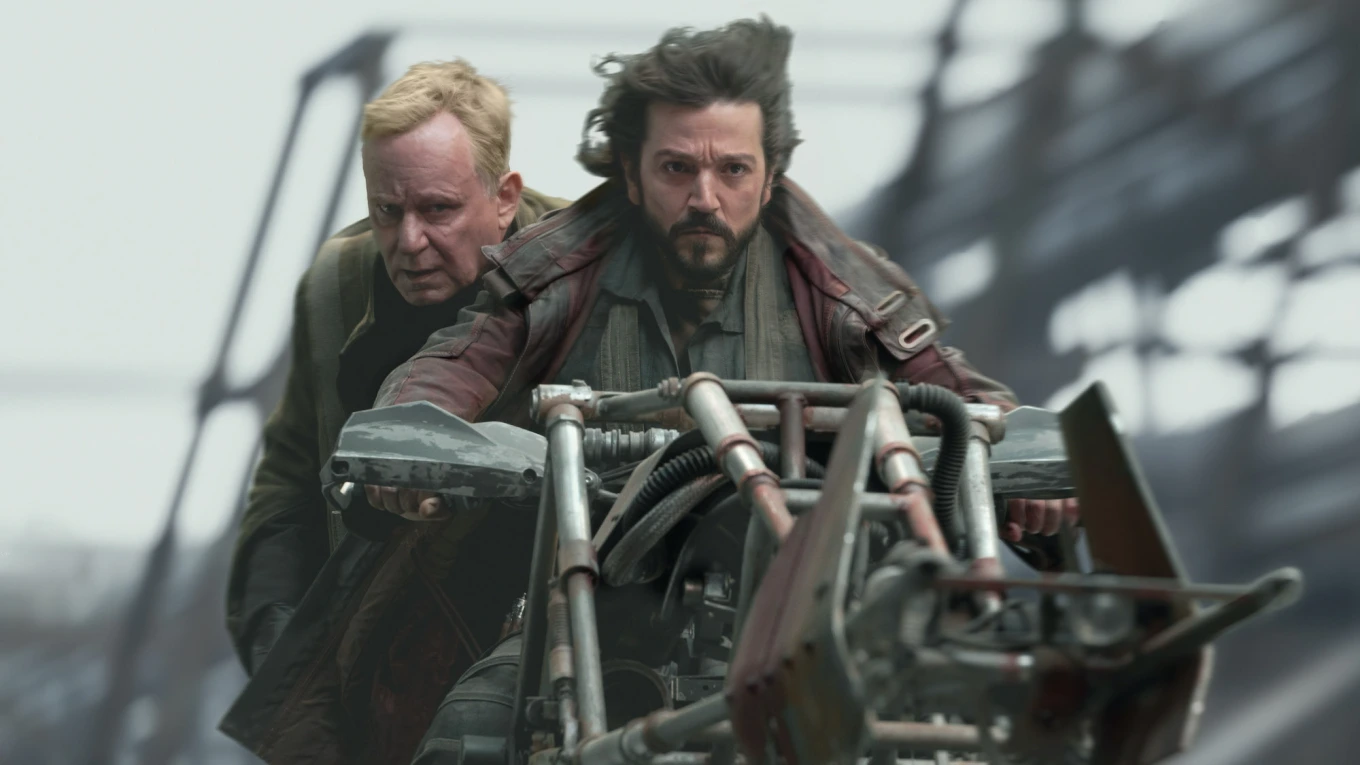 Image via Disney Plus

Andor, the long awaited Star Wars series, has finally found its way to Disney Plus, promising an ethos we’ve not yet seen in George Lucas’ storied franchise and, so far, delivering on those promises with flying colors.

Set five years before the events of 2016’s Rogue One: A Star Wars Story, Andor explores the lives of members of the soon-to-be Rebel Alliance, who seek to oppose the Galactic Empire. Among these rebels is one Cassian Andor, a street thief who, as we know, eventually rises to the rank of captain and intelligence officer amongst the Rebellion.

It looks to be a more grounded departure on quite a few fronts, favoring intimate characterization and drama over the familiar high-flying sci-fi scenes we’ve come to expect of the franchise, despite not totally shedding that particular skin.

But more importantly, arguably, is its insistence on abandoning the perception of good versus evil, and according to Andor star Diego Luna, showrunner Tony Gilroy has taken on this important goal masterfully.

Speaking to The Wrap, Luna, who plays the titular character, discussed how the characters of Andor are simply subscribing to survival in a pivotal, Jedi-less era of the timeline. Such a premise, he suggests, makes for an intriguing complexity that we haven’t seen much of thus far.

“There’s not good and bad. And it’s quite interesting, that in the world of Star Wars, because this is the time where there’s no Jedis, it’s just about humans. It’s just people like you and I, it’s people surviving, and it’s the time where everyone’s living in those gray areas.”

He would go on to note the relationship between this brand new storytelling angle and the established expectations of a Star Wars show.

“…yes, deliver the action and the adventure that you always expect from Star Wars, but at the same time, be more greedy and sometimes intimate with these roles and be close to the characters and the way they relate. Suddenly, it becomes more of a spy thriller, very political and intense, and then it goes back to that big scope, that Star Wars that we all know.”

Andor is currently streaming on Disney Plus, with new episodes releasing every Wednesday until the season finale on November 23. Read our review of Andor here.

Did You Know Shah Rukh Khan Took 10 Days To Shoot For His Cameo? “It’s Usually One Or Two Days…” Reveals Ranbir Kapoor