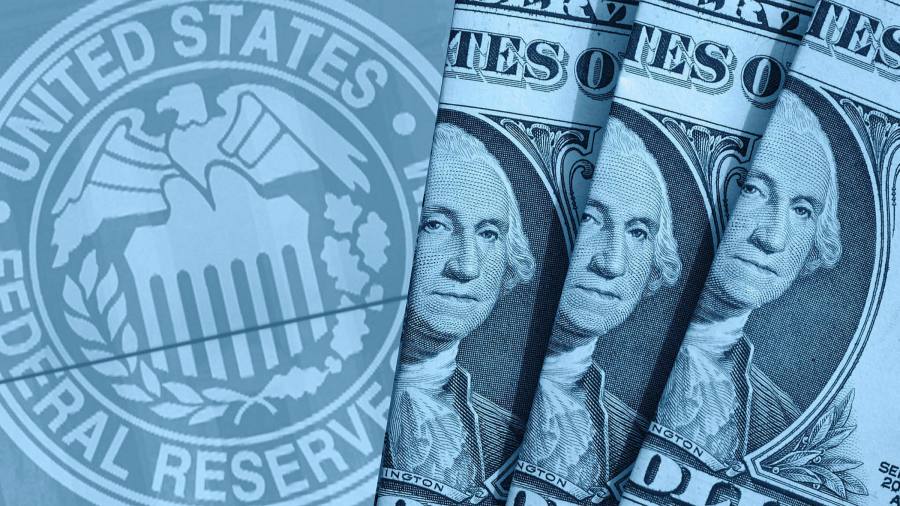 Greetings from Frankfurt, home to the euro’s monetary guardian, the European Central Bank.

Frankfurt and Brussels have over the past couple of years pushed hard for the single currency to challenge the dollar as the most widely used monetary unit in the world. Their attempts have fallen short for various reasons, including those mentioned by Alan Beattie here.

Other challengers are now entering the ring: digital currencies. Today’s main piece looks at how much of a threat these new pretenders pose to the almighty greenback’s pre-eminent position as the currency of choice for world trade.

Finally, a reminder that from next week we’ll have a new section featuring links to the best material out there on globalisation. If you’ve got any ideas for great articles, podcasts or videos that we should include, then get in touch.

Don’t forget to click here if you’d like to receive Trade Secrets every Monday to Thursday. And we want to hear from you. Send any thoughts to [email protected] or email me at [email protected]

Another season, another roll call of contenders to nab the dollar’s crown. This time the (supposed) threats are coming from the digital sphere.

There’s two candidates we’ve heard mentioned lately. One we think is plainly ridiculous, the other an unlikely threat — at least in terms of replacing the greenback on a global scale. The reason we’re writing about it now is because Jay Powell, chair of the Federal Reserve, was asked about it last week and displayed a little anxiousness in his reply, suggesting the US is at least a bit concerned about this.

The ridiculous suggestion is bitcoin, which Citi hailed in March as “optimally positioned” to supersede the dollar owing to its global reach, traceability and potential for quick payments.

This is drivel. Bitcoin is way too volatile to perform one of the chief functions of reserve currencies — to be a stable store of value. A byproduct of that volatility is witnessed in the fact that, while we know quite a few bitcoin owners, we’ve yet to encounter anyone who has used it to pay for anything. It’s an asset, not base money. One of the reasons for that being high transaction costs.

The second, more sensible, but still unlikely, candidate is the digital renminbi, the People’s Bank of China’s attempt to challenge Alipay’s and WeChat’s domination of the country’s electronic payments landscape by creating its own central bank digital currency. It’s currently being piloted in cities around the country.

Before we delve into the digital renminbi’s chances of dethroning the dollar, we want to spell out how entrenched the greenback is in world trade.

An IMF paper, published last summer, showed that 40 per cent of export trade is invoiced in dollars. That figure’s far higher than the 10 per cent of global exports that are destined for the US — signalling that the dollar is used for a great deal of cross-border trade that occurs beyond its own borders.

The greenback also dominates how the world saves, accounting for almost 60 per cent of official sector reserves. Its nearest rival, the euro, makes up 21 per cent, and the renminbi just over 2 per cent.

Not to mention how global businesses borrow. According to data from the Bank for International Settlements, business outside the US had $12.7tn in dollar-denominated debt outstanding by the fourth quarter last year. The same figure in euros for companies located outside the single currency area was €3.7tn. Not only invoicing in dollars, but being paid in the US currency, clearly helps manage that debt.

There’s also the point that Powell raised that the US also has a financial and economic system people buy into:

The PBOC is far from the only central bank looking into launching its own digital currency. The eurozone and the UK are both in the throes of consultations on their own versions of e-money. The US is also looking into the idea, though our sense from Powell last week was that it is doing so with no great sense of urgency. But Beijing’s plans are far more advanced than those of any other major currency zone.

The case for it knocking the dollar off its perch usually centres on the idea that e-money enables instantaneous (and cheaper) global transactions. There is something to be said for that (more on which to follow). There could also be some first-mover advantage here. To boot China has been internationalising the renminbi since the global financial crisis in 2008, notably in Asia and Africa. Often, that’s tied in with broader geopolitical ambitions. As this article points out, the Belt and Road Initiative has been one such golden opportunity to invoice more trade in renminbi.

There are several drawbacks, however.

While Chinese capital markets have opened up, they’re still a far cry from Wall Street. Far more openness — with all the risks and loss of control this entails — would be needed for the e-renminbi’s use to become widespread. The Chinese Communist party itself would also probably need to become more transparent to enhance trust in its institutions, which remain a black box to many of us.

We don’t think there’s much chance for now that China can topple the global dominance of the dollar, digital currency or not. Its influence is likely to be limited to those states that are heavily reliant on Beijing economically and politically.

There’s another major concern when it comes to central bank digital currencies in general: a lack of privacy.

Powell mentioned last week that the architecture of the digital renminbi, which involves the creation of a centralised ledger controlled by the PBoC and therefore accessible to Beijing, would not work in a more democratic jurisdiction, such as the US. But, as FT Alphaville’s Izabella Kaminska suggests here, it may be impossible to have a wholesale shift to official e-money without handing the state unbridled access into your spending behaviour. Unless central banks want to contradict their own anti-money laundering rules (not to mention their willingness to lay into bitcoin and cash as enablers of illicit activity), we don’t see how official digital money cannot be ID-based.

While private banks are also required to hold sensitive information to conform with know-your-customer rules, most exporters bank with multiple lenders. That would not be the case when it came to using the digital renminbi, or a dollar or euro equivalent.

What’s also true, however, is that global payment systems are in dire need of reform. Central banks have done far too little to take advantage of technology to make it easier to pay a trading partner on the other side of the world. While using bitcoin to pay for things is expensive, so too are cross-border transfers. If there’s one good thing to come out of this whole debate, it’s that it spurs the Fed to make it far easier, faster and cheaper for exporters to make dollar payments around the world.

Cos’ spending on health infra for COVID care will be considered as CSR work: Govt