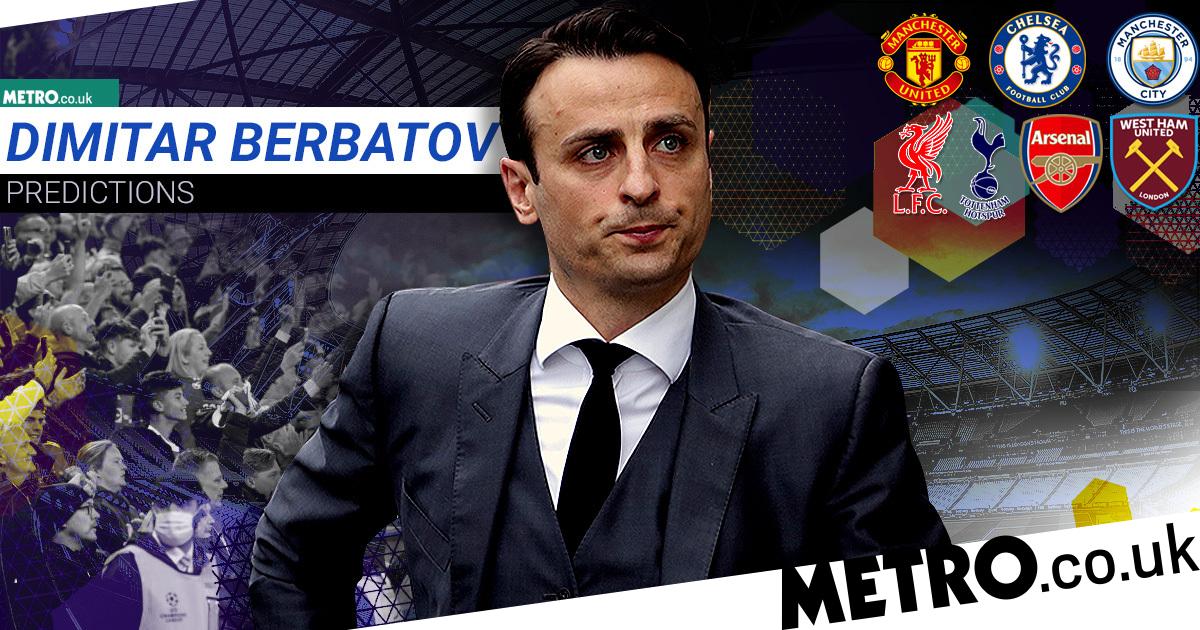 After last week’s FA Cup action the Premier League resumes this weekend with some huge fixtures to look forward to.

Manchester City already look well on course to retain their Premier League title and can effectively knock Chelsea out of the race with a win at the Etihad.

Fourth place is very much up for grabs and the north London derby, should it go ahead, could have signiciant ramfications, while there is a relegation six-pointer between Newcastle and Watford to look forward to.

As ever, Betfair Ambassador Dimitar Berbatov previews the action for Metro.co.uk…

This is the game. If City win then they will stretch their gap on Chelsea to 13 points, and I don’t think there’s any coming back from that. If Chelsea win it will be a lot more interesting. They have to get a result, you could say it’s a must win for Chelsea and I expect Tuchel knows that and will want to make things tough for the leaders, so, I’m backing a surprise in this one.

Both teams are having their problems. Norwich are going to have a very difficult time saving themselves and it’s a perfect opportunity for Everton to get a positive result. They have to, otherwise the pressure on them is even more.

Wolves are doing well and they got a great result at Old Trafford. They have something in them that makes them hard to beat, so, I expect them to take this game.

This is a massive game for Newcastle, it’s a must win. If not, they will be backing their bags for the Championship. It’s embarrassing for them, they’re a big club, they’ve had this new investment and they’re sitting in 19th. They need to win this and I know the fans will be right behind them for it.

Aston Villa fought brave and you could say they were a little hard done by against United in the cup last week. They play good football, they’re calm under pressure and they make good opportunities in front of goal. I can see this being difficult for United, going to Villa Park won’t be easy. Gerrard’s side will want revenge and I think they will cause United some problems.

West Ham were convincing against Leeds in the cup. They are on a great run at the minute and they are up their with the big dogs, I hope they stay up there. Declan Rice is so good, he’s a player that I greatly admire and he is so key for them, I can see him having another big game.

Liverpool should win this match. They do have key players out at AFCON but they can’t let that stop them, because they have ground to make up in the title race. I have been surprised with Brentford this season, they are doing well, playing good and giving lots of resistance. I think the quality of Liverpool, despite key players missing, will be too much.

I would like Spurs to make a statement in this. They have three games in hand and in a great position to make a charge for top four. If we leave the spotlight off Spurs, they will surprise us, they haven’t been able to handle the pressure over the years, but I think with Conte he will get them pumped up for a good run, starting with this weekend. Arsenal are playing good football, they have their style, which mirrors the way City play. So, if Spurs can bully them, get in their faces and pressure them, they have a great chance.

Dimitar Berbatov’s top picks of Wolves, Newcastle and Everton all to win is a combined odds of 9/1 on the Betfair Sportsbook where there are no cash out suspensions on match odds here: https://www.betfair.com/sport/football

Virat Kohli gets away with poor behaviour: Daryll Cullinan

Cristiano Ronaldo unhappy with Harry Maguire sums up the…

When Akshay Kumar’s Fan From Haryana Tried To Scale…

Badshah runs to stop a task after contestant yells…