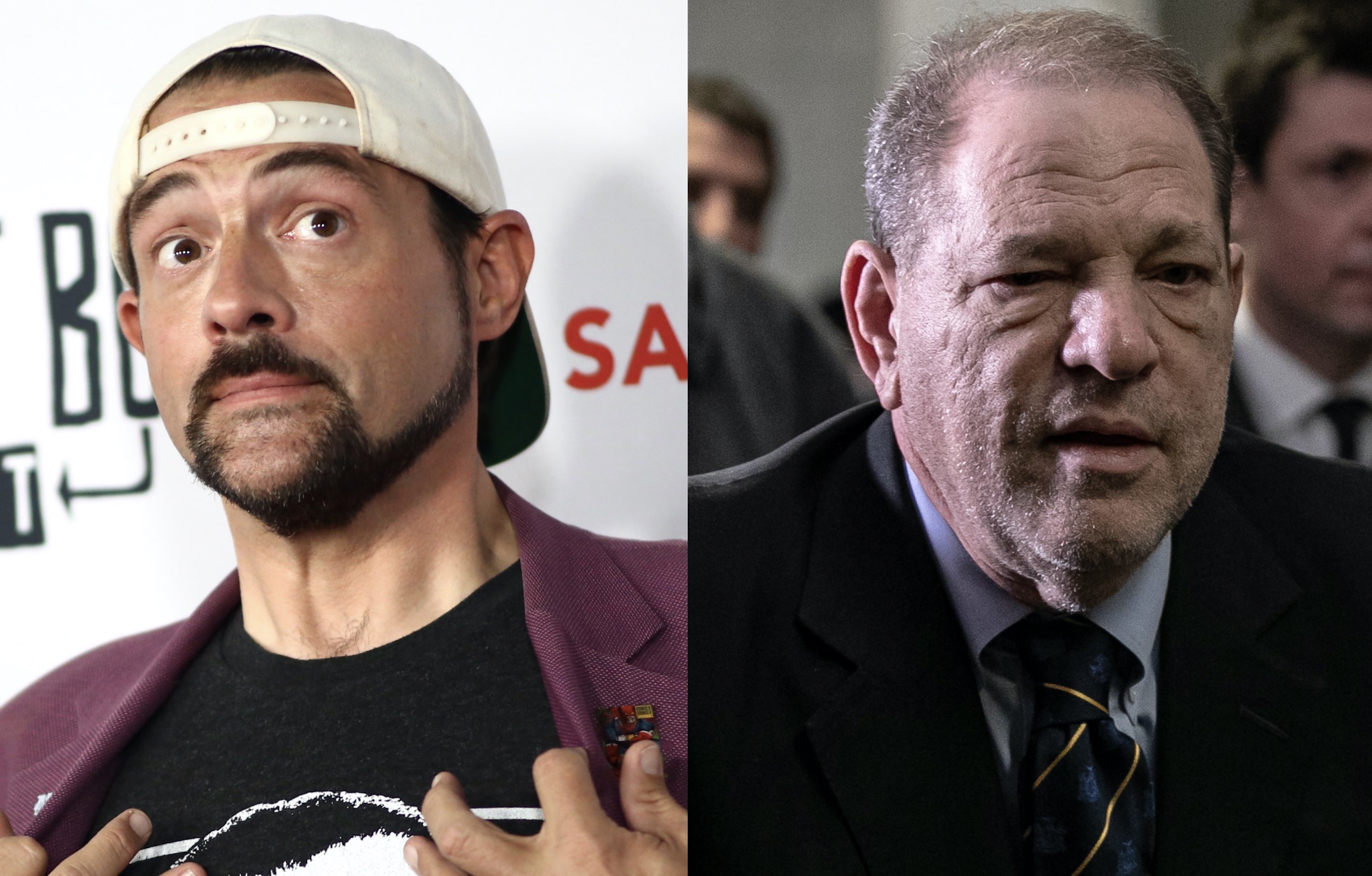 Kevin Smith has said that his film Dogma is being held “hostage” by Harvey Weinstein.

In a recent interview with TheWrap, the Clerks III director offered an explanation as to why his 1999 religious satire, starring Ben Affleck and Matt Damon, isn’t available to stream or buy anywhere.

“In order to tell the story unfortunately, I’m gonna have to say the name that nobody wants to hear anymore. But of course, Harvey Weinstein figures into the story,” Smith said.

The film was released theatrically by Lionsgate, with Columbia/TriaStar receiving the home video rights for a limited time, “but then the rights lapsed,” said Smith.

He went on to explain how, roughly a decade later, he received a call from Weinstein “out of the blue” about a potential Dogma sequel or TV series.

However, Smith’s excitement was short lived after learning from Miramax executive John Gordon that Weinstein may have had an ulterior motive.

According to Smith, Gordon allegedly said that Weinstein was “calling everyone because he knew the story [about the rape allegations against him] was coming, and wanted to find out who spoke [to The New York Times].

Smith went to explain how, after learning that Weinstein was trying to sell the rights to the film for $5million (£4.4 million), he and his lawyers tried to buy it back, “which we felt very dirty about because we didn’t want to give him money,” he said.

However, Weinstein apparently “scoffed” at his various offers. “He’s holding it hostage,” Smith said. “My movie about angels is owned by the devil himself.”

Now, Smith understands that a new company holds the rights to the film, but suspects that Weinstein “changed the name of the company and maybe sold it to a different shell company.” He added: “My movie about heaven is in limbo.”

Shah Rukh Khan to Alia Bhatt, here’s how much celebs got paid for their debut films