Dominik Livakovic is keeper of hopes as Croatia see off Japan : The Tribune India 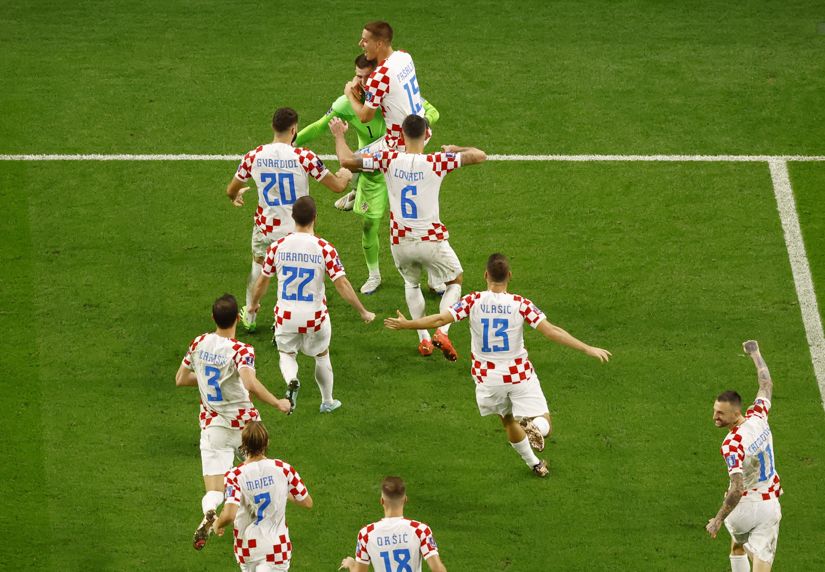 Goalkeeper Dominik Livakovic saved three spot-kicks as Croatia beat Japan 3-1 in a penalty shootout to reach the World Cup quarterfinals for the third time after an enthralling 120-minute contest finished deadlocked at 1-1 today.

Takumi Minamino, Kaoru Mitoma and Maya Yoshida were all denied by Livakovic before Mario Pasalic coolly sent Japan keeper Shuichi Gonda the wrong way to set up a last-eight date for the Croatians with Brazil or South Korea on Friday.

Three times in the knockout rounds in Russia four years ago the Croatians came from behind to advance after extra time before losing to France in the final.

They once again showed their resilience and patience by coming from a goal down to tame a lively Japan team who had beaten Germany and Spain in the group stage.

Daizen Maeda opened the scoring for Japan in the 43rd minute and Ivan Perisic headed the equaliser 10 minutes after the break but the teams could not be separated over the remainder of the game.

For Japan, this was last-16 heartache for the fourth time after a loss to Turkey in 2002, exiting on penalties against Paraguay in 2010 and giving up a 2-0 lead to lose to a stoppage-time goal against Belgium four years ago.

The game was more open than anyone had reason to expect, with Croatia ratcheting up the physicality to gradually take control of midfield and Japan trying to hit them on the break.

Japan showed far more adventure than they had in the first half of their group matches and Shogo Taniguchi, Daichi Kamada and Maeda all had chances to open the scoring before the latter broke the deadlock in the 43rd minute. — Reuters

4 For Japan, this was last-16 heartache for the fourth time after a loss to Turkey in 2002, exiting on penalties against Paraguay in 2010 and giving up a 2-0 lead to lose to a stoppage-time goal against Belgium four years ago.