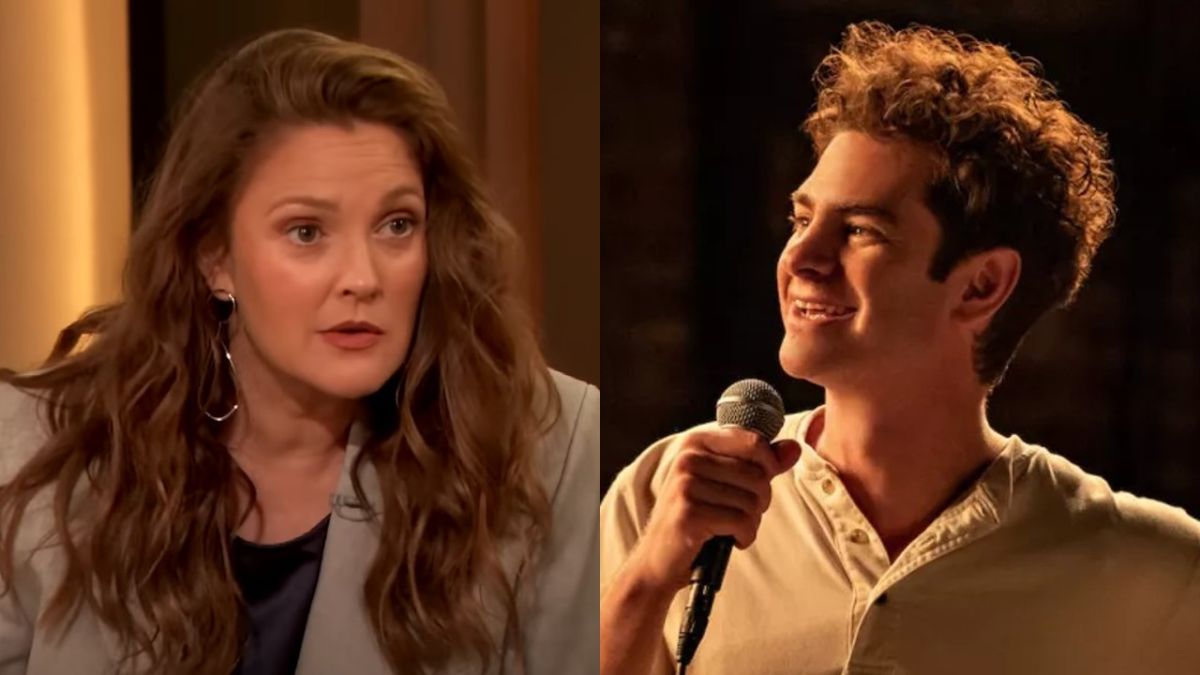 In a recent interview, Andrew Garfield explained the difficulties of filming the Martin Scorsese film Silence. He had to drop a ton of weight for the role and recently explained that on top of the lack of eating he also abstained from sex for six months. He described the experience as “trippy,” but Drew Barrymore doesn’t agree and isn’t sure what the big deal is.

This all started when The Amazing Spider-Man actor chatted with Marc Maron on the WTF Podcast recently. The two discussed Garfield’s views on method acting and the spiritual roles he’s taken on throughout his career (i.e. Hacksaw Ridge, The Eyes of Tammy Faye, Under the Banner of Heaven, etc.), which is what led Garfield and Maron to talk about the preparation for and making of Silence. Garfield explained:

Needless to say, that’s a lot of prep for a role and a lot of candid thoughts about that prep for the role, and it’s easy to see how people latched onto these comments and they became a talking point. Which is where Drew Barrymore comes in.

Next, on Drew Barrymore’s talk show, Garfield’s comments were brought up. On a segment of “Drew’s News” the actress and her co-host of the segment Ross Mathews discussed the actor’s comments and their own opinions on how long they can go without sex. Mathews said (via Decider):

To which Barrymore responded with:

After her comments, Mathews joked about how they “buried the lede” after Barrymore said she can go six months without sex. To which the actress said she could actually go “years.” In short, it seems Barrymore was unimpressed with Garfield’s comments.

The Drew Barrymore Show went through changes going into the third season, which began earlier this month. However, the show still features bits like Barrymore and Mathews’ commentary on the day’s news, which is how the discussion about Garfield came up.  On top of this the new season of her show has had its fair share of memorable moments, including Barrymore and Rob Lowe amusingly speculating about if their parents hooked up.

Meanwhile, the movie star has had a busy year. Most recently he portrayed a Mormon detective in the FX show Under the Banner of Heaven, which can be watched with a Hulu subscription. This show came out after his Academy Award-nominated performance in Tick, Tick…Boom! and his highly celebrated return to the role of Peter Parker in Spider-Man: No Way Home. The Social Network actor has seemingly been working nonstop, so it makes sense that Garfield decided to take a break from acting.

Both Barrymore and Garfield have made their marks on the 2022 TV schedule with their shows. The latter has been the talk of the town with all his new projects. The former is on air nearly every day. It’s no surprise their TV paths collided a bit this week, though I perhaps would not have guessed celibacy comments would be involved before this.