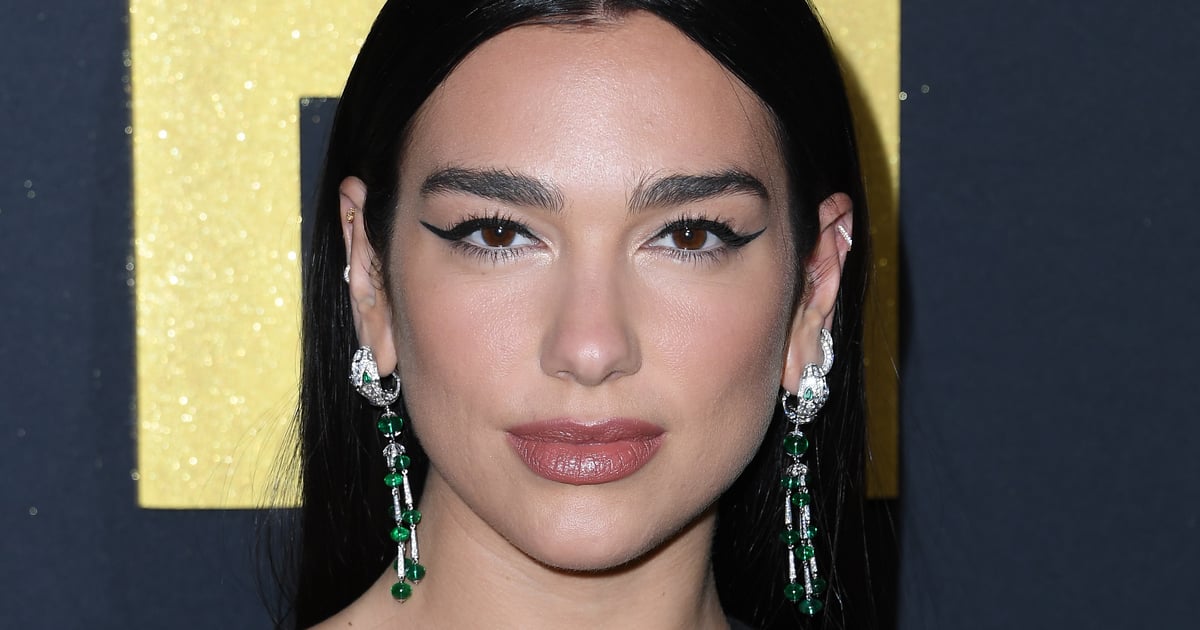 As POPSUGAR editors, we independently select and write about stuff we love and think you’ll like too. If you buy a product we have recommended, we may receive affiliate commission, which in turn supports our work.

Dua Lipa performed with Elton John during his Farewell From Dodger Stadium concert on Sunday, Nov. 20, dressed as a modern-day Elphaba, the Wicked Witch of the West. Though Halloween has long past, it was an appropriate look, considering the event was named the Yellow Brick Road Event after John’s song “Goodbye Yellow Brick Road.” Though Lipa’s look was not a literal costume, it did give off gothic vibes, in fitting with the brick-laid red carpet.

For the event, Lipa slipped into a one-shoulder black silk gown from Balenciaga that wrapped around her waist and tied at her right hip. On her arms were opera-length gloves to match, and she slipped into a pair of pointed-toe knife boots, also from the French fashion house. Lipa accessorized with Bulgari diamond and emerald drop earrings from the Serpenti high jewelry collection, with the top studs shaped like serpents and jewels dripping down from their tails. She sported a matching wrapped bangle set and parted her long, dark hair at the center. Though she wasn’t painted green, the emerald jewelry also appeared to be a nod to Elphaba.

Lipa is not the first person to give off witchy vibes this season, as she follows in Kylie Jenner and Hailey Bieber’s footsteps (the duo stepped out in similar looks for a pizza run ahead of All Hallow’s Eve).

Lipa’s Balenciaga gown is decidedly more covered up than many of the singer’s recent outfit choices, which include a colorful Jean Paul Gaultier crop-top-and-pants set, as well as a Diesel denim miniskirt that left little to the imagination.

John, meanwhile, chose to wear Gucci for the event, which tied up the US leg of his tour. (His final performance worldwide will be on July 8, 2023 in Stockholm, Sweden.) Of course, he pulled out all the stops, performing on stage with the likes of Brandi Carlile (singing “Don’t Go Breaking My Heart); Kiki Dee (performing “Don’t Let the Sun Go Down on Me”); and, of course, Lipa (collaborating on the iconic “Cold Heart”).

Ahead, check out Lipa’s latest evening look, styled at the hand of Lorenzo Posocco, and shop select pieces for yourself.