ECB signals lifting of ban on bank dividends next year 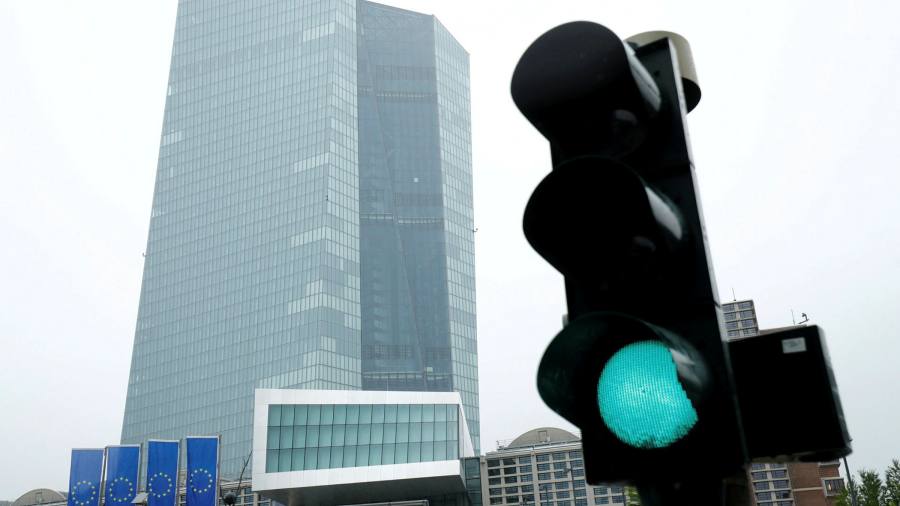 Eurozone banks will be allowed to pay dividends again from next year if they convince supervisors that their balance sheets are strong enough to survive the economic and financial fallout from the coronavirus pandemic, a senior European Central Bank executive has said.

The ECB ordered eurozone banks to stop all dividends and share buybacks to conserve €30bn of capital in March, shortly after the pandemic arrived in Europe. Since then, the sector has been lobbying hard for stronger banks to be allowed to resume capital distributions early next year.

Yves Mersch, vice-chair of the ECB’s supervisory board, told the Financial Times he was concerned that banks benefiting from a regulatory easing of capital requirements would pay out some of that capital to shareholders, but it would be difficult to maintain a dividend ban beyond the end of this year. He cited legal uncertainty over its enforceability and an expectation that other countries such as the UK and US will allow banks to restart payouts.

The decision “would all depend on the conservatism of internal models in the banks, on conservatism in provisioning and a sound view of the capital trajectory of a bank”, Mr Mersch said.

The 71-year-old Luxembourger, who will retire from the ECB executive board next month, said the regulator should be “very conservative” about “the pure resumption of payout ratios that we have seen before the crisis” but “that does not mean that we would in all cases need to maintain a blanket ban” which causes “legal uncertainty” because “we have only an enforcement instrument in our regulation based on a case-by-case approach”.

Some banks were still using “very rosy scenarios” in their internal models to determine how much capital they needed, he warned.

Mr Mersch said banks had entered the pandemic with “stronger capital ratios” than in the 2008 financial crisis. But he added that it would be “a little bit spurious or surprising” for banks to fund a payout to shareholders using the capital relief provided by regulators this year, which he said was three to four times the amount they intended to distribute as dividends.

“In other jurisdictions, there also seems to be a move towards a case-by-case approach,” he said.

Some countries such as Switzerland and Sweden have already indicated that they will allow bank payouts to resume next year, although the US Federal Reserve and Bank of England have yet to make a decision. The BoE declined to comment.

An official ECB decision on lifting the ban on dividends will not be announced until after it publishes new economic forecasts on December 10.

One head of a large eurozone bank, who did not want to be named, said it was reining in lending to conserve capital in an effort to win the regulator’s approval to resume dividends, adding that the ECB risked creating “a stigma” for any banks it blocked.

In the first half of this year, large western banks booked more than $139bn in reserves to cover potential loan losses — the most since the nadir of the financial crisis in 2009. Yet provisions fell sharply after the economic rebound in the third quarter and many lenders’ capital buffers have grown far in excess of supervisory minimums.

Some officials fear that the banks could still be hit by a surge in loan defaults. The ECB has warned banks that in a severe scenario it modelled recently they could face an extra €1.4tn of non-performing loans, more than in the 2008 crisis.

Carolyn Rogers, secretary-general of the Basel committee of regulators, said this month that it was far too early for banks to take a “victory lap” over their coronavirus response, arguing that shareholder payouts should be stopped until the long-term economic and financial impact of the pandemic was clear.