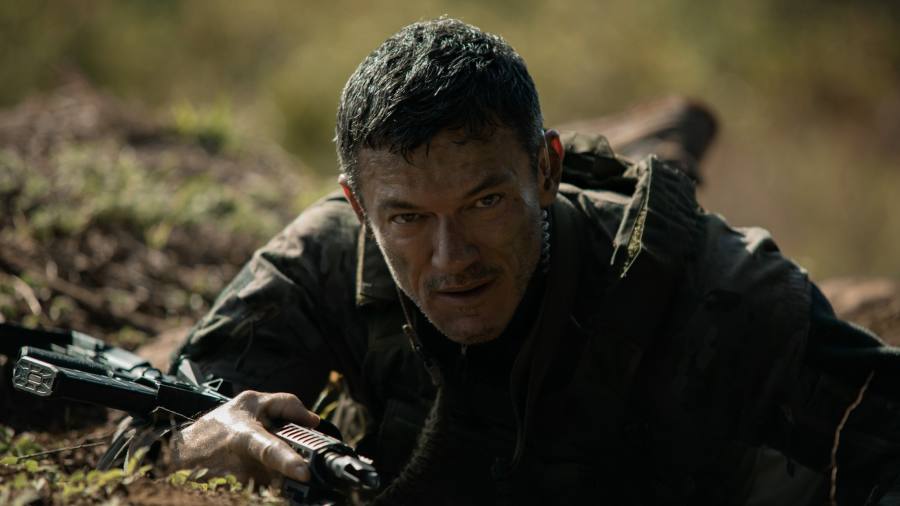 When American scientist Amber is taken hostage on an expedition in the Colombian jungle, she can at least take solace from the fact she has not one but two family members who are part of an elite special ops unit in the US army.

Echo 3, a new action-thriller series on Apple TV Plus, follows the mission to rescue Amber (Jessica Ann Collins) undertaken by her new husband “Prince” (Michiel Huisman) — so-called for his monied background — and her dear brother “Bambi” (Luke Evans). While the two men have long been brothers-in-arms, as brothers-in-law they have become rivals for Amber’s love and loyalty. But when they discover she’s been kidnapped they choose to take matters into their own hands rather than leave it to the CIA, who may have their own conflicting agendas in the region.

Developed by the Oscar-winning screenwriter Mark Boal, the show is a loose adaptation of the Israeli series When Heroes Fly (on Netflix). But Echo 3 seems to have lifted the basic narrative blueprint without taking an interest in the details that made its predecessor an excellent piece of television. Where the original offered intense thrills, rich inter-personal threads and meaningful portrayals of PTSD, the remake is something of an overstuffed, underpowered slog.

With ten episodes at his disposal, Boal appears to lose the sense of urgency that defined his scripts for the sweaty-palmed military thrillers The Hurt Locker and Zero Dark Thirty. While it’s more ambitious than a mindless, gun-toting yarn in the way it leans into broader geopolitical tensions, there’s little in the first batch of episodes that leaves an impression.

Much of this is due to the utterly forgettable central characters, who have all the chemistry of actors who’ve just met. There’s obviously time for these roles to develop, but for now it’s hard to feel that much is at stake. Bullets, after all, can’t hurt the bloodless.

36 of the Best Black Coats to Suit Any Budget