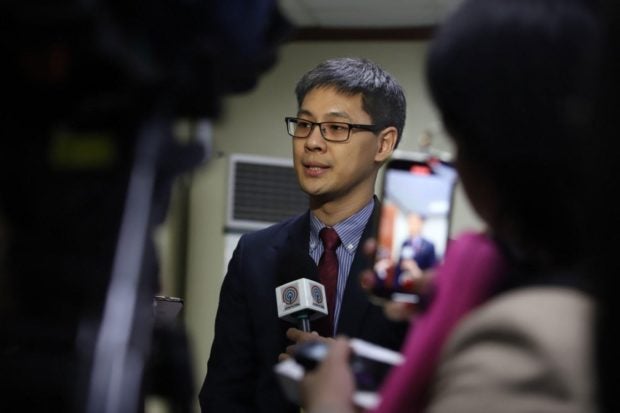 The Philippines’ updated medium-term development plan to ultimately reduce poverty and revert to economic growth after a pushback from the COVID-19 pandemic now awaits President Duterte’s go-ahead before the end of the year after the National Economic and Development Authority (Neda) finalized it last week.

Chua, who heads state planning agency Neda, confirmed to the Inquirer that the steering committee, which reviewed the Philippine Development Plan (PDP) 2017-2022—the Duterte administration’s socioeconomic blueprint—approved the updated plan on Nov. 20.

He said the updated PDP 2017-2022 would be presented to the Neda Board soon in a meeting they were scheduling which would depend on the availability of President Duterte, who chairs the Cabinet-level, interagency board.

The PDP review was undertaken to revisit the administration’s socioeconomic targets in light of the COVID-19 pandemic’s impact.

“As we reviewed the indicators and targets, we found strong starting points like poverty and per capita income achieved earlier than target,” Chua told the Inquirer.Nationwide poverty incidence already fell to 16.7 percent in 2018 from 23.3 percent in 2015, but Chua had flagged a temporary increase in urban poverty amid the pandemic, which could bring this year’s rate at 16-17.5 percent.

Chua did not disclose the updated targets yet, but the original PDP had intended to slash the poverty rate to 14 percent by the end of President Duterte’s term.

Prior to the pandemic, the DBCC had set an even more ambitious poverty alleviation goal of 11 percent given the inroads in 2018—but this will no longer be the case.

“With COVID-19, we have to be realistic. Some indicators are still achievable and some will slow first before improving, thus we need to accelerate our reforms and their implementation to catch up,” he said.

“This way, we can still achieve our PDP targets and the AmBisyon 2040 vision,” Chua added.

The Philippines’ long-term vision under the AmBisyon Natin 2040 was aimed at making the country a prosperous, middle-class society where no one will be poor 20 years from now.

Similar to the original PDP 2017-2022, the updated plan will still have 21 chapters, even as the new one included a separate chapter listing down the government’s priorities to protect the rights and promote the welfare of as well as expand the opportunities for Filipinos working and living overseas. INQ