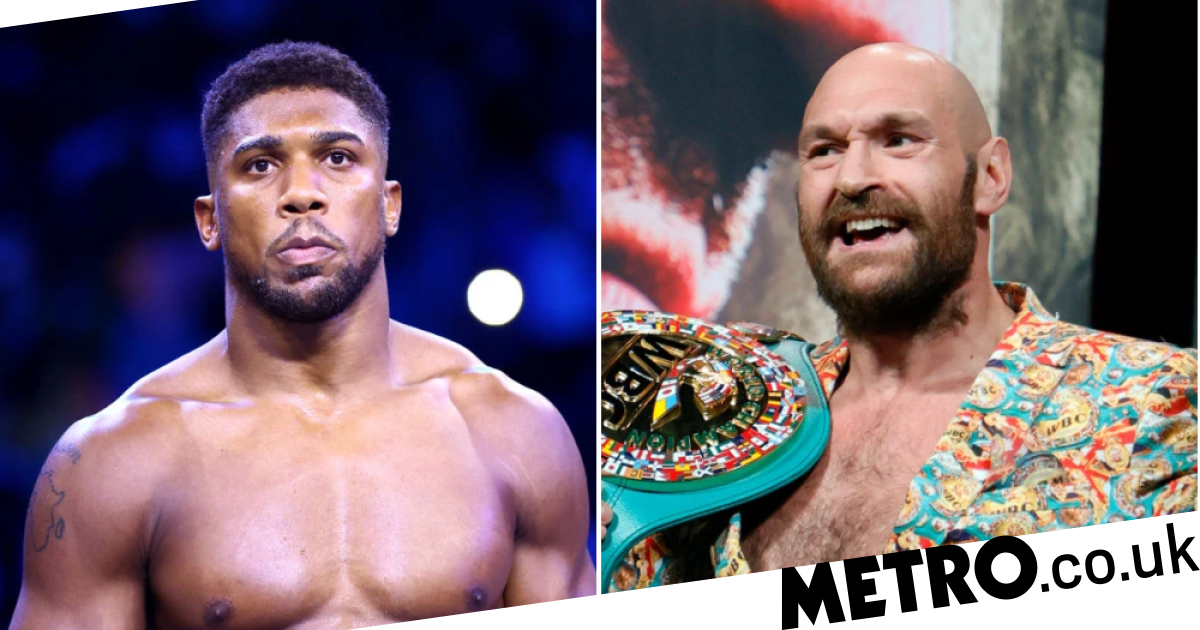 Eddie Hearn now believes Tyson Fury is preparing for a fight against Manuel Charr instead of Anthony Joshua on December.

Joshua has accepted terms to fight ‘The Gypsy King’ on 3 December in Cardiff for the WBC heavyweight title with further contractual talks now ongoing between Matchroom and Queensberry Promotions.

In a video posted on Friday morning, Fury accusing Joshua of ‘not signing’ the contract and insisted he will fight on 3 December regardless.

The saga has been further complicated by Shane Fury, Tyson’s brother, suggesting the Joshua fight will not happen, adding the champion will ‘probably fight’ Charr instead and ‘have an easy run out.’

Speaking on Friday afternoon, Joshua’s promoter explained talks over the contract were continuing amicably with George Warren, CEO of Queensberry.

But the Matchroom chief insisted they will not be rushed into signing anything, admitting he also now fears Charr, the 37-year-old who has fought twice in five years, is now set to fight Fury.

Hearn told IFL TV: ‘I think Tyson Fury is fighting Manuel Charr, in all honestly, the more I think about it. We’ve all agreed to work hard on a contract. we got the contract last Saturday and it was all over the place. Since then, we have had calls as recently as yesterday getting it in the right place.

‘I think they want us to run out of time. We are not just going to sign a contract that isn’t in the right format or isn’t in the best interest of Anthony Joshua. The terms are agreed. But we have to go into the position where were are negotiating with broadcasters.

‘Honesty, hand on heart, I think what Fury will do is [say] ‘oh this taking too long’. The fight is 3 December. The fight can sell itself in 24 hours. We are under no time constraints. It has got to be right.’

Hearn dismissed Fury’s latest social media video, insisting it will not force them into anything with some terms of the contract still being discussed. He also revealed Joshua is already in fight camp for that proposed fight date against Fury with Matchroom still committed to delivering.

‘We want the fight, AJ is in camp for that fight, but when I see things like that [Fury’s video]… I liked it when things were quiet because I thought they actually want the fight and seeing that coming out today and Manuel Charr saying he’s fighting on 3 December… I don’t know.

‘My gut feeling is Tyson Fury is getting ready to fight Manuel Charr and this whole thing is… but I hope I’m wrong.’


MORE : Johnny Nelson not confident Tyson Fury vs Anthony Joshua goes ahead and predicts ‘petty stuff’ could be the deal breaker

Malika Andrews Not Happy With Stephen A. Smith Today

Sobhita Dhulipala is in Ponniyin Selvan state of mind.…