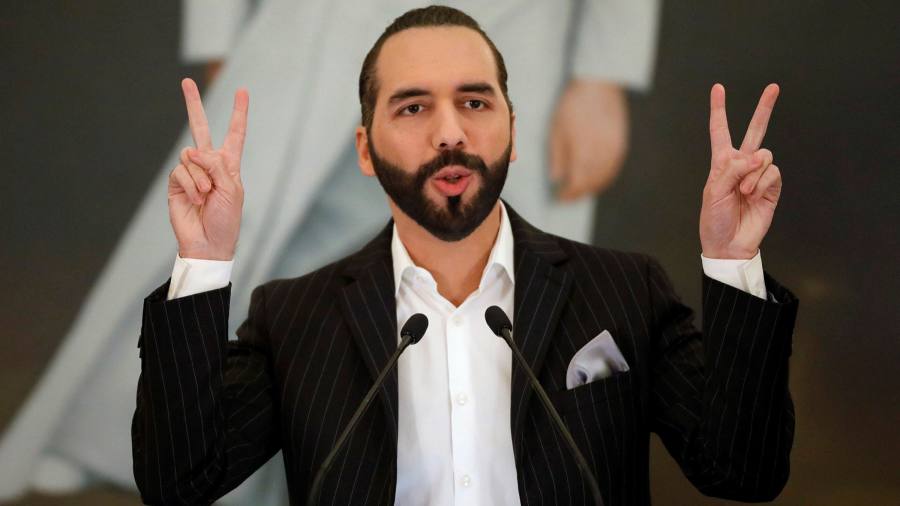 El Salvador has become the first country to make bitcoin legal tender, which President Nayib Bukele hailed as a historic step towards financial inclusion and economic growth for the poor Central American nation.

The country’s legislature, which Bukele controls, passed the bill with 62 of 84 possible votes on Wednesday. “History!” the 39-year old authoritarian president wrote on Twitter.

Bitcoin entrepreneurs were thrilled by the decision in a country where 70 per cent of Salvadorans do not have access to traditional financial services. Analysts were cautious given cryptocurrency’s volatility, and some said it could even put a pending IMF programme at risk.

“This just feels like a bad idea . . . in effect, El Salvador will have TWO currency regimes operating in the country with control over NONE of them,” said Bipan Rai, currency analyst at CIBC.

The law stated that “in order to promote the economic growth of the nation, it is necessary to authorise the circulation of a digital currency whose value answers exclusively to free-market criteria, in order to increase national wealth for the benefit of the greatest number of inhabitants”.

Under the law, bitcoin can be used for purchases or tax payments, and bitcoin exchanges will not be subject to capital gains tax.

Some poor countries have floated cryptocurrencies as a way of ending reliance on the dollar, which El Salvador made legal tender in 2000.

“It has drawbacks,” said Hugo Renaudin, a crypto entrepreneur. “From a monetary perspective, it relies on another currency . . . and transaction fees are quite expensive for small purchases, so you may not be able to buy a coffee in bitcoin — the fees would be higher than the coffee — but you could buy a flat.”

Salvadorans are highly reliant on remittances. Payments from family members in the US make up a fifth of gross domestic product, according to the World Bank. Bitcoin could make that process cheaper, said Juan Pablo Thieriot, chief executive of Uphold, a financial services platform that enables payments and trading in bitcoin or other currencies and instruments.

“Any country supporting bitcoin as legal tender will have exchanges on every corner so that you can go in with bitcoin on your telephone, scan a QR code and walk away with dollars,” he said.

“Merchants will do the same thing,” he added, noting fast-food chain Burger King already offered bitcoin payments in Venezuela, whose bolivar currency has been ravaged by economic collapse.

Venezuela in 2018 unveiled plans for an oil-backed cryptocurrency, the petro, in an attempt to circumvent US sanctions, but it has been a flop.

Siobhan Morden, head of Latin America fixed income strategy at Amherst Pierpont Securities, said it was in keeping with Bukele’s “tendency for flashy and unexpected announcements that seem to contradict or at least question the plan from the economic team”. It could also imperil an IMF programme that had been in the works for more than a year, she added.

“President Bukele is not a conformist, with an active Twitter account and antagonistic approach that implies high uncertainty on policy management,” she wrote in a note to clients. “The plans for bitcoin under an increasingly autocratic regime will likely only compound concerns about corruption, money laundering and the independence of regulatory agencies.”

The government will set up a trust at the Development Bank of El Salvador to enable automatic conversion of bitcoin to dollars. The law will take effect 90 days after its publication in the official gazette.