Elden Ring board game on the way, check out the first miniature reveal 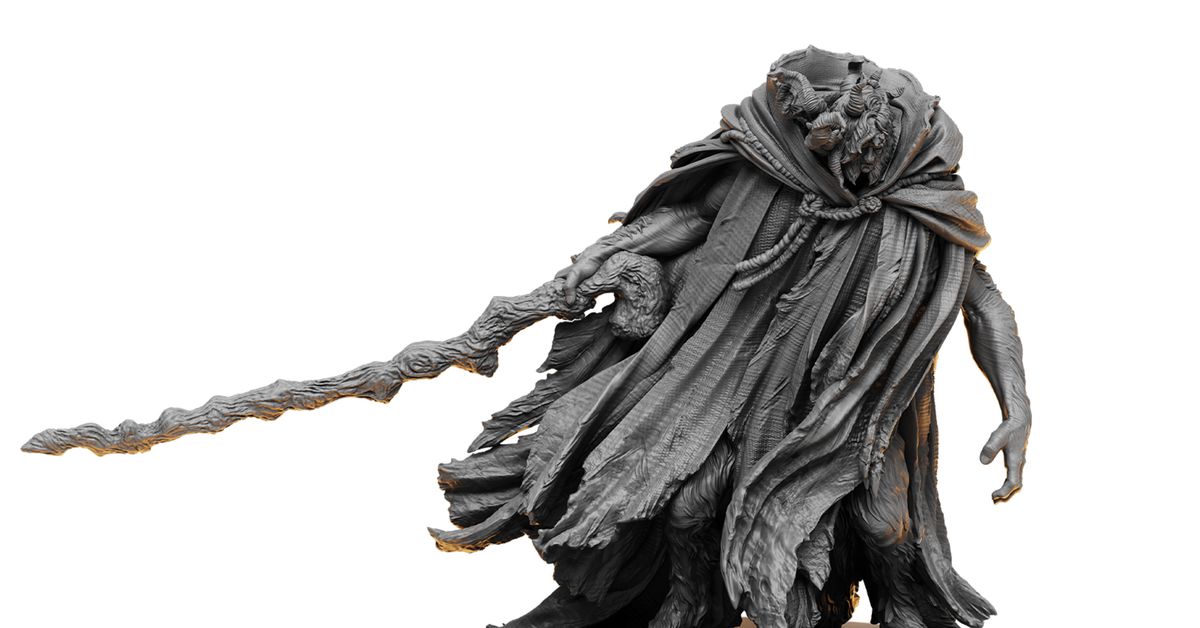 A board game based on Elden Ring is on the way from Steamforged Games. The British company is the same publisher behind other video game-inspired tabletop games, including Dark Souls: The Board Game, multiple Resident Evil Board games, and Horizon Zero Dawn: The Board Game. The project will be funded via Kickstarter. No pricing information, release date, or project launch date were announced.

“Like the video game, the Elden Ring board game will immerse players in the forsaken Lands Between,” Steamforged said in a news release issued Friday. The 1-4 player game will put you in the role of the Tarnished, and include “a huge and varied adventure.”

“The video game’s characteristically challenging fights will be recreated by intelligent dice-free combat,” Steamforged said, “requiring players to strategise and adapt their plans during each encounter — whether that be a lowly Godrick Soldier or the Grafted King himself.”

The announcement was accompanied by an early render for a miniature of Margit, the Fell Omen, one of Elden Ring’s very first boss monsters.

Previous campaigns for Steamforged products have included multiple expansions, often focusing on a singular boss encounter. Those expansions are often made available during the crowdfunding campaign, and can include colossal miniatures that stand a foot or more off the table. A faithful adaptation of Elden Ring sounds like an excellent opportunity to produce more of the same.

In the past, Steamforged products have earned millions via crowdfunding — but they’ve also had some quality issues upon release. For instance, in our review of Dark Souls: The Board Game we found the action to be grueling, if not downright off-putting — especially for newer players. Later on, some components for Resident Evil 2: The Board Game were simply too dark to be useful. Most recently, the entire first run of Dark Souls: The Roleplaying Game had to be reprinted, with the publisher issuing a formal apology to its fans.

How schools plan to navigate monkeypox

Who Got Eliminated During the ‘DWTS’ Season Premiere? Recap:

Everything To Know About President Biden’s AI Bill Of…