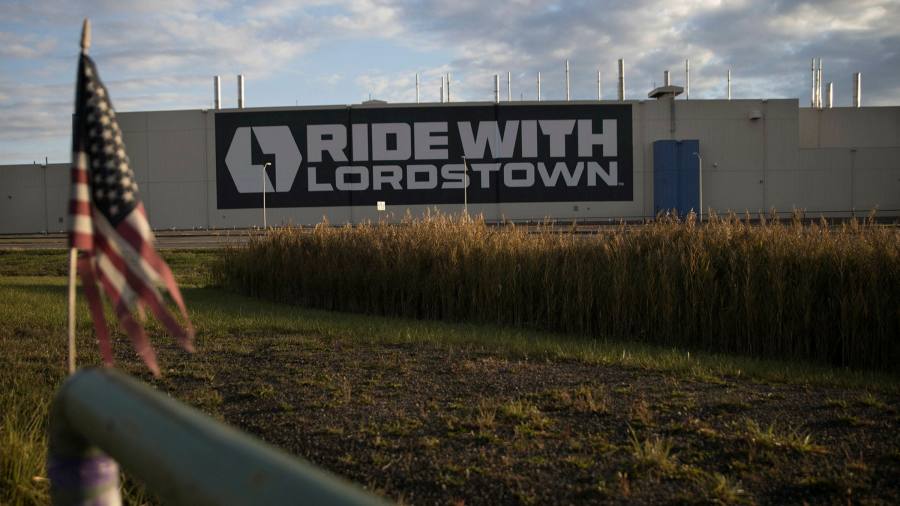 If Lordstown was one of its own electric pick-up trucks, it would have conked out a couple of feet from the charging point. The US group has warned it could fail as a business, running out of cash before even starting commercial production.

Lordstown only listed via a $1.6bn Spac takeover last October. The wheels are coming off fast. That confirms the weakness of the business models of many electric vehicle companies. US markets exuberantly chose to overlook these when the groups listed, excited by the overblown forecasts permitted once a company lists via a takeover by a special purpose acquisition vehicle.

A two-thirds collapse in Lordstown’s shares since February is further validation for Hindenburg Research, which last year took a successful swipe at electric freight truckmaker Nikola. The short seller questioned Lordstown’s sales figures in March. Last month, the company said production of its $52,500 Endurance pick-up truck this year would be “at best” just half prior expectations of 2,200 units.

At least 18 electric vehicle and battery companies went public via Spac deals from the start of 2020, raising a combined $6.6bn from investors, according to Refinitiv. Few of these companies generate significant revenues. Many of them have missed targets.

Shares in Canoo are more than 50 per cent below a December peak after ditching many of its goals. XL Fleet has lost even more of its value after it abandoned guidance for 2021 revenue.

Traditional automakers have rebounded. General Motors shares are up by a half since the start of the year, for example.

The Spac listing process is partly to blame for over-promising by EV makers. It enabled them to publish very optimistic financial projections, compared to what is permitted in a traditional IPO.

Investment often involves backing what sceptics see as a long shot. Tesla took years to hit production targets and turn a profit. The added problem for investors now is that EV production has become a crowded field. Heavy research is required to identify a hot prospect among the no hopers. Extra scepticism applies to businesses listed via a Spac.

The Lex team is interested in hearing more from readers. Please tell us what you think of Lordstown and other EV Spacs in the comments section below.

Market Movers: High beta stocks get a drubbing as Robinhoods have a mini panic attack