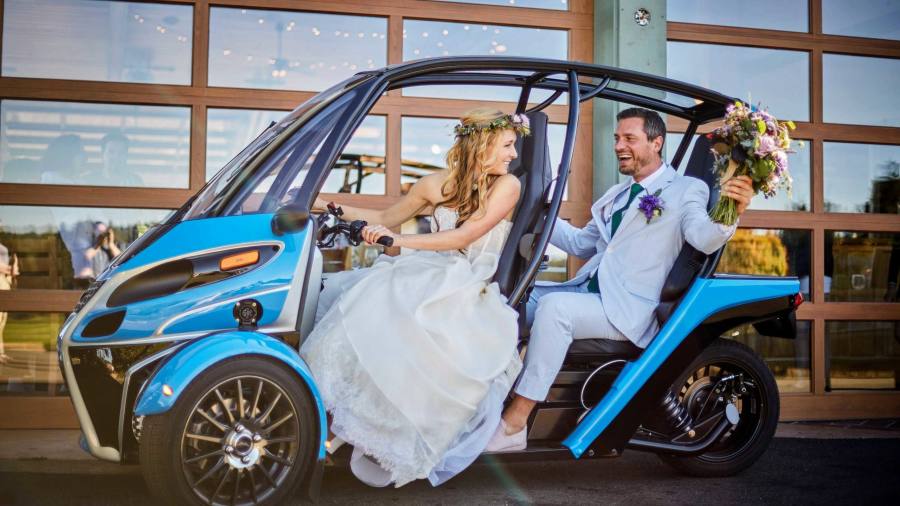 Two more data points this wintry morning to back up our assertion last week that there’s currently the mother of all bubbles in the electric vehicle market.

First up, there’s the share price of a Nasdaq-listed company called Arcimoto:

Errr, what’s going on here? Well, if you don’t know the $542m business, it produces “affordable, practical, and joyful pure electric vehicles” for consumers and businesses like DHL. Its initial product is called the FUV (not to be confused with this article, which undoubtedly will be deemed FUD) which, believe it or not, stands for “The Fun Utility Vehicle”.

The electric heir to the Reliant Robin starts at $17,900, and according to the company’s latest 10-Q filing, Arcimoto has produced 79 — yes, 79 — of them year-to-date. It promises four further vehicles, including the “Deliverator”, a delivery van, in the coming year.

Yet, with just $1.5m of sales year-to-date, or $2m annualised, that puts its current EV/sales multiple at a rather aggressive 210 times trailing revenue. Investors don’t seem to think it’s too expensive though: on Friday the company announced it was raising another $15m of stock at above the market price.

Arcimoto isn’t the only example. You may recall last week that Arrival, a UK-based electric vehicle manufacturer, is set to go public via yet another Spac deal with a valuation of $5.4bn.

Like Arcimoto, it’s a small company with a decent pre-order book, a promising product and some viable commercial partners, but what caught our attention was one slide in its investor presentation used to justify its future market capitalisation.

Open the below in a new tab, and cast your eyes down to the bottom of the screen:

Yes, you read the correctly, there’s a brand new valuation metric for you to now add to your models: EV/ TAM. TAM being, of course, Total Addressable Market. A popular acronym with companies where the economics don’t quite add up yet.

While it’s fine to compare enterprise value to a company’s annual revenues — as there’s some always some certainty that historical revenue stream will continue into the future — there is far less certainty that a company will capture some share of a market’s revenues in the future. In fact, at times there’s zero certainty.

So really, expressing a company’s valuation as a percentage of its total addressable market seems about as useful as just saying “I don’t know”.

Which is the same answer we’d give now if we were asked to predict who would be the winners of the current electric vehicle hype-cycle. Although, if we were to look back at the great pot-stock bubble of 2018 for a clue, the answer may well be “no one at all”.