Emergency Fame Kangana Ranaut Reveals Family Calling Her Indira Gandhi When She Was A Child, Says “This Inspired Many Jokes” 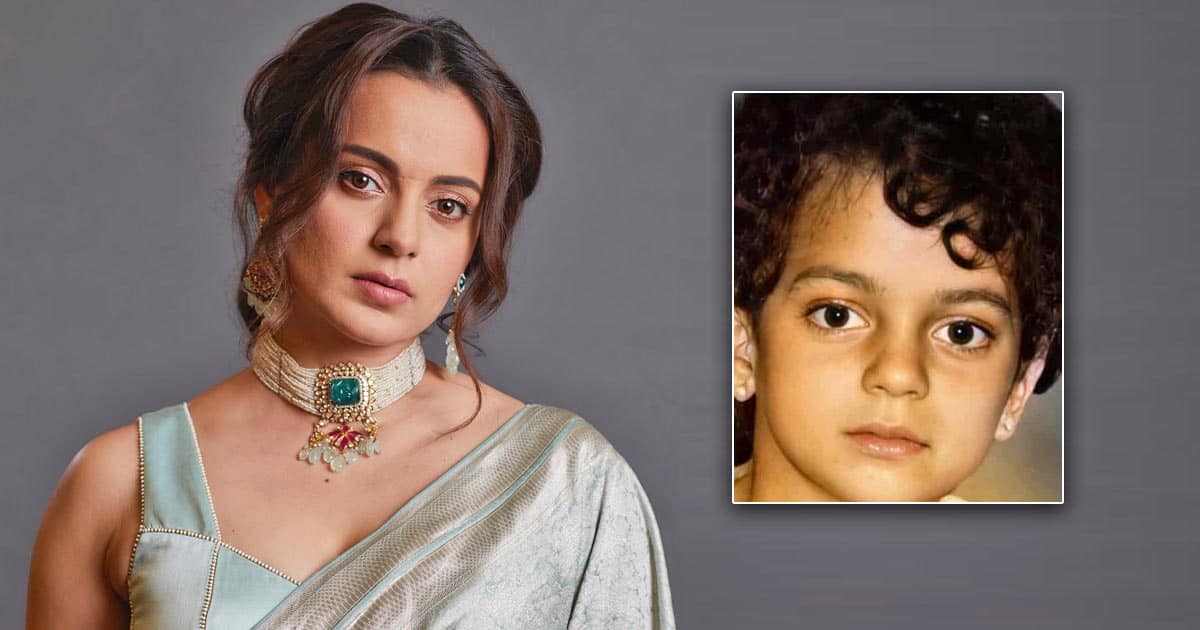 Bollywood actress Kangana Ranaut has shared a childhood picture where she sported short hair and said that her uncles from the army background called her Indira Gandhi.

Kangana took to Instagram, where she shared her throwback picture. She pointed out the uncanny resemblance with former Prime Minister Indira Gandhi.

Kangana Ranaut, who is currently shooting for the biopic titled ‘Emergency’, wrote in her story, “It’s uncanny growing up… Many of my relatives called me Indira Gandhi probably because of my hair style #emergency”.

Kangana Ranaut shared another picture and wrote: “I didn’t follow anyone’s hairstyle as a kid I went to the village barber on my own and guided him to do hair cut that I liked it short… this inspired many jokes in the family especially all uncles from army background called me Indira Gandhi… #emergency” 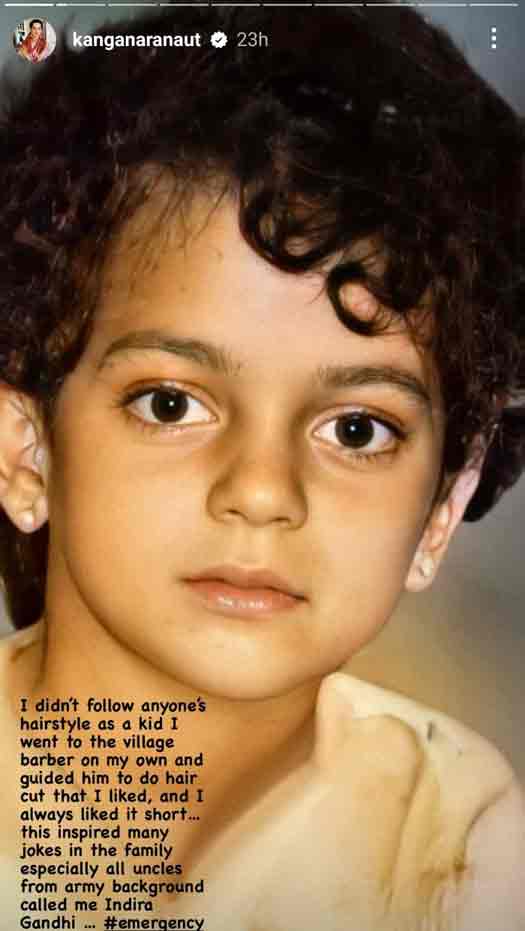 ‘Emergency’, as the title suggests, is all about the state of national emergency declared by Indira Gandhi on June 25, 1975. It lasted till March 21, 1977, when Janata Party was voted to power in a historic election.

The film dialogues are by Ritesh Shah, who was previously associated with celebrated films such as ‘Kahaani’, ‘Pink’, ‘Raid’ and ‘Airlift’.

Must Read: When Aishwarya Rai Bachchan Revealed The Ugly Side Of Bollywood Calling It A ‘Crab Mentality’: “All The Crabs In The Basket…”

One Piece Published as ONEPIECE, A Single Comic 21,450 Pages Long