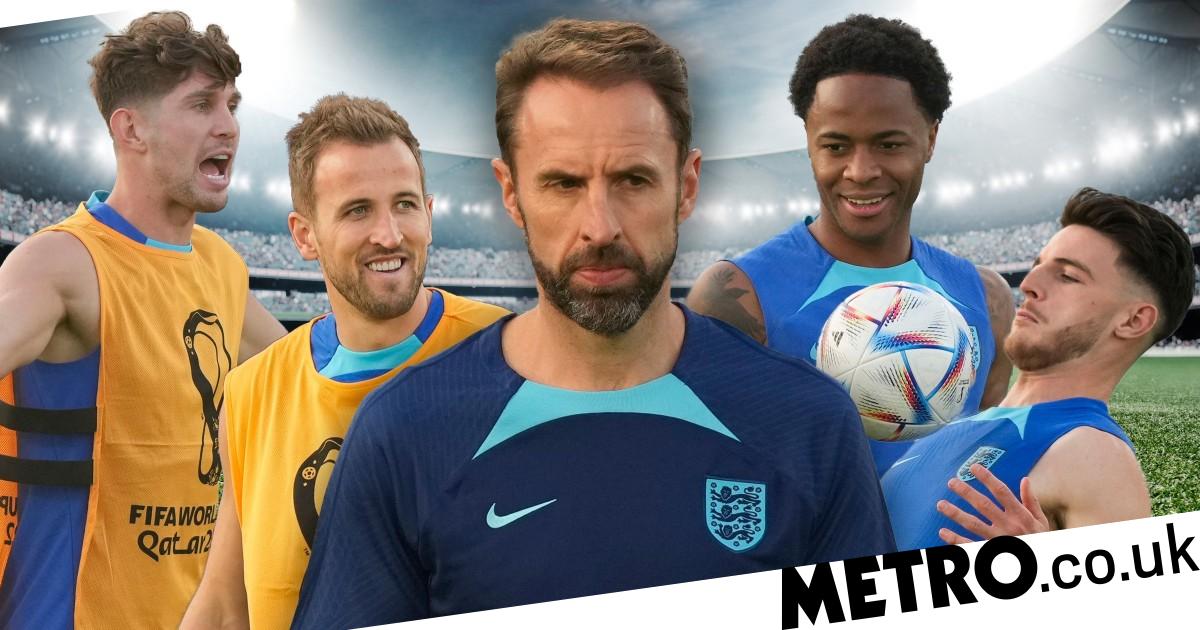 Momentum. It’s the hardest thing to earn and the easiest to give away in football.

England had it in abundance heading into the European Championships in 2021 and their journey to the final was aided by matches on home turf at Wembley, giving the fixtures a ‘home tournament’ feel.

But much of that goodwill and feel-good factor has vanished since the penalty shootout defeat to Italy. The Three Lions finished bottom of their Nations League group, suffering humiliating defeats to Hungary along the way. England scored just four times in six matches and they were booed off the pitch after the embarrassing 4-0 defeat to Hungary at Molineux earlier this year.

With no time or space for pre-tournament friendlies before the first group stage clash against Iran, the side have not been afforded the opportunity to build up any sort of momentum or to trial new systems. Twenty of the 26-man squad played at the European Championships in 2021, compared to 15 for Germany and 13 for France.

That in itself is a problem for Southgate. Despite the success he’s had with England since taking charge, there has always been a sense that more could be done with this England squad. Though tournament results have been impressive, England’s style of play has often been archaic and too focused on defence.

Not since the mid-1990s have England possessed such a formidable attack but Southgate is yet to find the right solution to getting the most out of the strongest area of his squad. Without the chance to try new systems and new players like James Maddison in pre-tournament friendlies, it looks likely that Southgate will again lean on the 3-4-3/5-2-3 system that he’s favoured in the last three years.

We’ve got a lot of players who have been to tournaments, have performed at the level, know what’s required. We’ve got others who are playing well, who are in form right at this moment. And we’ve got to balance all that when we’re picking our team – Southgate

Southgate feels he’s left with little choice but to shore up his defence, given the lack of quality England possess at centre-back. Harry Maguire has never let England down but he’s fourth choice at Manchester United and has endured a torrid 18 months. John Stones has made just 10 appearances for City this term, while Eric Dier has made a number of costly mistakes for Tottenham.

Selecting a defensively-minded starting XI from such a top-heavy squad does little to inspire but can be forgiven if results are good. That’s why there was still a feel-good factor when World Cup qualification ended, with England losing just twice in normal time over their last 32 fixtures. But the side are now without a win in their last six matches and Southgate goes to Qatar with more questions than answers.

I know people talk about being overly loyal, but you’ve got to have some consistency in your thinking,” Southgate said after announcing the squad. “If you get to the final 18 months ago, there should be a certain amount of stability in terms of what that group were capable of on the biggest stage – Southgate

Southgate signed a new deal with England in 2021 that should keep him in charge of the national side until after the European Championships in 2024. But much has changed in the 12 months since he signed that contract and there is a sense that this could be Southgate’s last shot at silverware, particularly with the likes of Thomas Tuchel said to be keen on the job.

Crucially, the squad remain behind Southgate and his most impressive triumph to date has been creating a togetherness in the England camp that has been missing for generations. Players now look forward to joining up for international duty and with expectations not as high as they were during the European Championships, a favourable draw could see England and Southgate go that one step further.

It would be a dream end to one of the most successful eras in England’s history but Southgate is working against forces of his own making in attempting to make it happen.


MORE : Gary Lineker and Alex Scott all smiles in group selfie after arriving at Qatar stadium ahead of World Cup kick-off