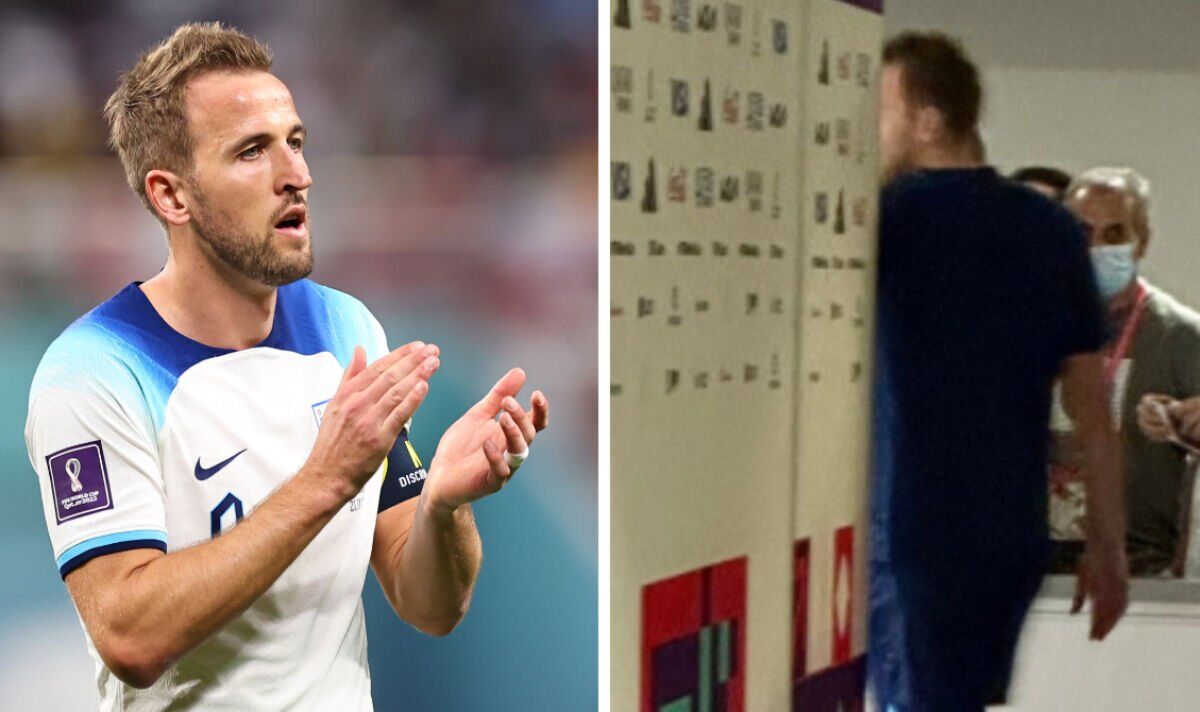 England have been handed an injury concern after captain Harry Kane was brought off during the second half of the Three Lions’ 6-2 World Cup victory over Iran on Monday. Kane was reportedly seen limping while wearing strapping in the aftermath of the showdown.

England were in imperious form during their opening World Cup game in Qatar as Jude Bellingham put his side in front after 35 minutes, before Bukayo Saka and Raheem Sterling stretched the Three Lions’ advantage just before the break.

Saka added his second after the hour mark, with Mehdi Taremi pulling a goal back for Iran minutes later. Substitutes Marcus Rashford and Jack Grealish put the game to bed for Gareth Southgate’s side, before Taremi struck a penalty 13 minutes into stoppage time at the end of the match.

Kane, who bagged two assists during the match but failed to get his name on the scoresheet, went down holding his ankle following a heavy tackle by Morteza Pouraliganji in the 48th minute. And he ultimately left the pitch after 76 minutes, with Callum Wilson coming on to replace him.

Despite England’s free-scoring start to the World Cup, manager Gareth Southgate will be resting his hopes on Kane against tougher opposition and will be hoping the blockbuster superstar doesn’t have a long-term issue that would rule him out of the side’s next match against USA on Friday night. And after the match, Southgate moved to reassure fans that the player will be okay.

“Kane [is] fine,” said the ex-defender. “It looked a bad tackle but he carried on in the game. We took him off because we felt it was a moment we can do that.”

England’s victory moved them to the top of Group B ahead of Wales’ clash with USA on Monday evening. And the Three Lions will be looking to put one foot in the second round of the World Cup when they go head-to-head with USA in their second encounter.