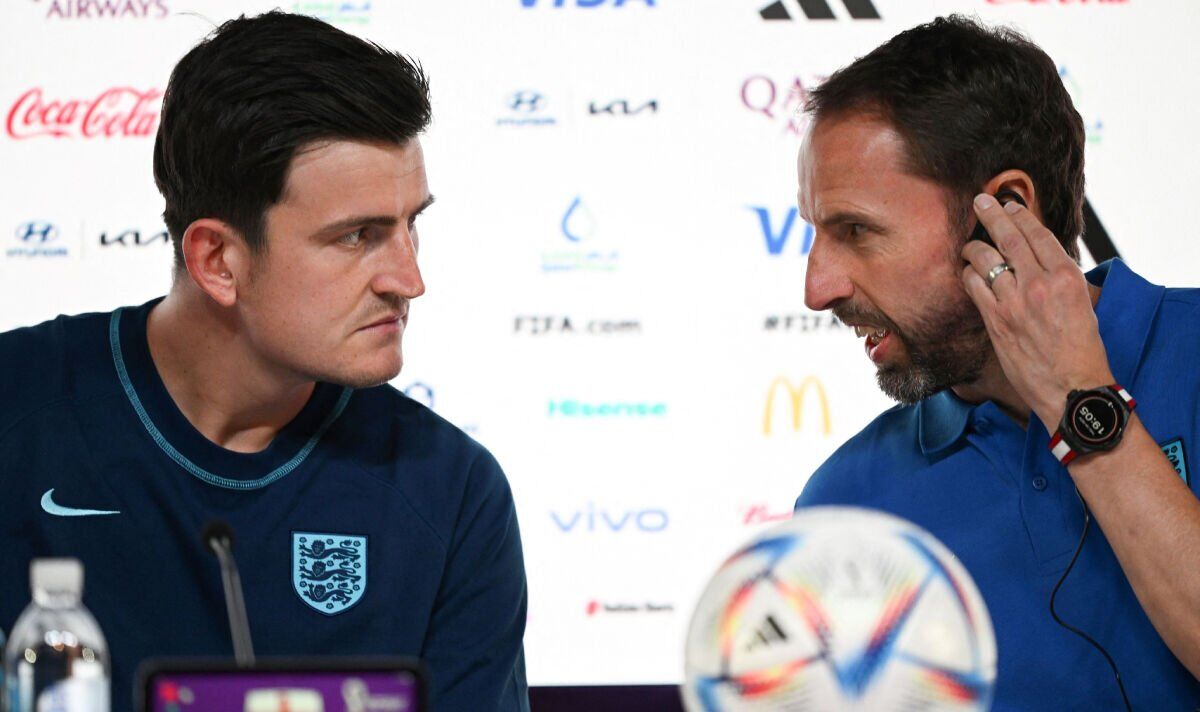 England have reserved the right to make an anti-discrimination protest gesture later on at the World Cup but are adopting a tunnel vision approach to tonight’s tie against USA.

The FA backed down in the OneLove armband spat with FIFA ahead of the opening game against Iran when they were threatened with sporting sanctions including a yellow card before kick-off for captain Harry Kane.

Germany, who were also U-turned over the LGBTQ-supporting armband, posed for their team photo against Japan with hands over their mouths to make the point that they felt they were being gagged by the governing body but England will not follow suit with a protest gesture tonight.

“We have spoken about it as a group and we will act when we think it is appropriate to act,” said defender Harry Maguire.

“We are fully focused on the football but I am sure we will have conversations throughout the tournament.”

England manager Gareth Southgate accepts it may make their stance look half-hearted but says the football has to come first.

“We want to support the LGBTQ community in particular and recognise that a lot of those people aren’t here with us and we wanted them here with us. But we could also rush into doing things that don’t land well and don’t really make any difference and take a lot of time and energy away from where we need to be now,” he said.

“I’m very comfortable with what I stand for and how I deal with people every day of my life is more important than a statement that might land well and might not.

“Of course there’s a moment here where you hope to highlight things but the fact we are still talking about it does.”

The Best Luxury Stocking Stuffers That Will Impress

India vs New Zealand, 1st ODI: When And Where To Watch Live Telecast, Live Streaming