Eric Clapton says vaccinated might be victims of ‘mass hypnosis’ 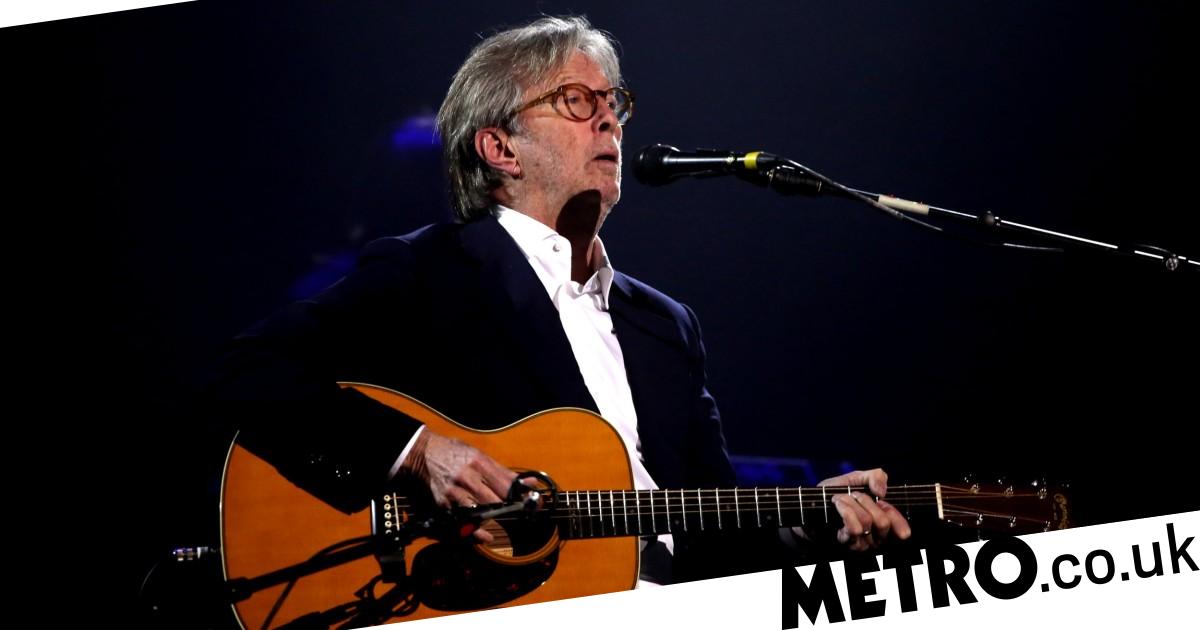 Eric Clapton has revealed that he believes the theory that people who opted to get vaccinated against Covid-19 fell for ‘mass formation hypnosis’.

The Layla hitmaker – who previously revealed he lost friends due to his anti-vaxx stance – claimed that the subliminal messaging hidden in advertising led people to get the jab.

Speaking to The Real Music Observer YouTube channel, he said: ‘I didn’t get the memo.

‘Whatever the memo was, it hadn’t reached me. Then I started to realise there was really a memo, and a guy, Mattias Desmet (professor of clinical psychology at Ghent University in Belgium), talked about it.

‘And it’s great. The theory of mass formation hypnosis. And I could see it then. Once I kind of started to look for it, I saw it everywhere.

‘It had been going on for a long time: that thing about “you will own nothing and you will be happy”.

‘And I thought, “What’s that mean?” And bit by bit, I put a rough kind of jigsaw puzzle together. And that made me more resolute.’

Psychologists have insisted that there is no evidence to suggest a ‘mass formation psychosis’ has occurred amid the global pandemic.

The 76-year-old guitar legend is anti-lockdown and had pledged not to perform at gigs where proof of immunisation against coronavirus is required to attend, despite being double-jabbed.

His controversial views on the pandemic and teaming up with Van Morrison on the anti-lockdown protest song, Stand and Deliver, saw Clapton’s friends and peers snub him.

The Wonderful Tonight hitmaker – who is father to daughters Ruth, 37, Julie, 20, Ella, 19, and 16-year-old Sophie – said: ‘My family and friends think I am a crackpot anyway.

‘Over the last year, there’s been a lot of disappearing – a lot of dust around, with people moving away quite quickly.

‘It has, for me, refined the kind of friendship I have.

‘And it’s dwindled down to the people that I obviously really need and love.

‘Inside my family, that became quite pivotal … I’ve got teenage girls, and an older girl who’s in he thirties – and they’ve all had to kind of give me leeway because I haven’t been able to convince any of them.’

Clapton – who is married to Melia McEnery – added: ‘I would try to reach out to fellow musicians and sometimes I just don’t hear from them.

‘I don’t get that many texts and emails anymore.’

This isn’t the first time Clapton has been vocal about his anti-vaxx views. In May, he detailed the ‘disastrous’ reaction he’d had to the vaccine.

In August, Brian May spoke out about Clapton’s views, branding him a ‘fruit cake’.

Citizens across the world are encouraged to be vaccinated against Covid-19, with the Centers for Disease Control and Prevention (CDC) in the US urging people to have the jabs.

Being vaccinated against the virus can lower your risk of getting and spreading it, and it may also prevent serious illness and death.

IIIT-Agartala Student Bags Jobs at Amazon With Salary of Rs 1.15 Crore Per Annum

Apple introduces new accessibility tools for the disabled on…