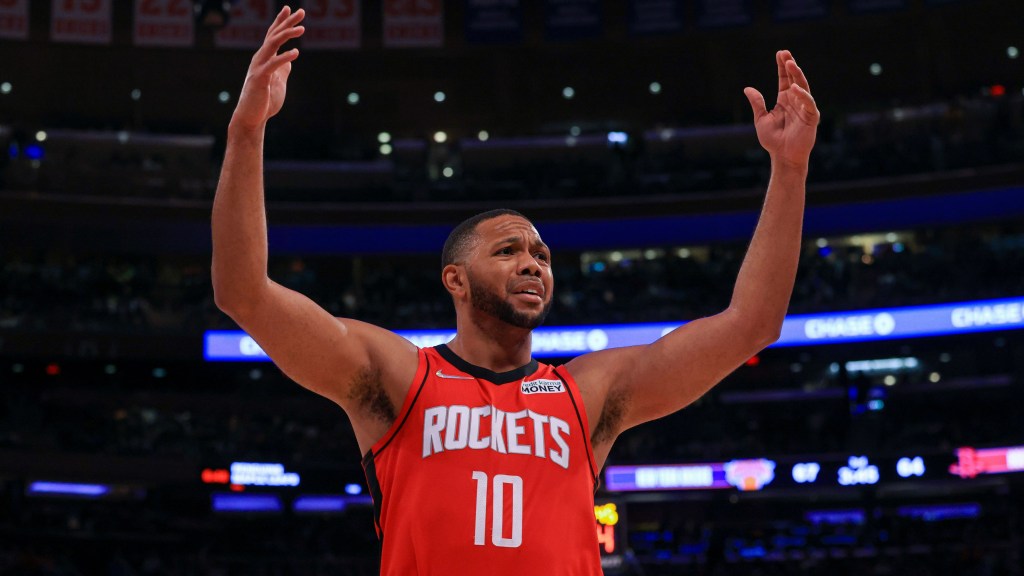 Based on future draft-pick obligations to Oklahoma City, the Houston Rockets are less than a year away from having significant salary cap flexibility and a clear incentive to win.

Could veteran guard Eric Gordon, who turns 34 years old later this year, potentially be a part of that equation?

At face value, it makes some sense for the Rockets to explore Gordon trades, since they’re entering the third year of a rebuilding plan. But in the past two years, rival teams didn’t meet general manager Rafael Stone’s asking price, and it’s unclear whether that will change with Gordon another year older. If that’s the case, Houston may see more value in keeping him around as a veteran leader for its young core, along with obvious benefits as a 3-point shooter and strong defender.

Kelly Iko writes in The Athletic:

Given that Gordon has no more guaranteed money after this season, he wants clarity on his situation — whether it’s a long-term extension to remain in Houston or a trade to a contender.

On some level, it’s a good sign for the team that Gordon is clearly amenable to sticking with the Rockets, since many NBA veterans of his stature often want to move to an immediate title contender.

Yet, with almost no guaranteed money left after the upcoming 2022-23 season, Gordon’s desire for financial clarity is understandable. Whether the Rockets are willing to give it in advance to a player who turns 34 in December is the key question.

Why Sadio Mane is struggling at Bayern Munich